"Without location technology, delivering packages for Christmas would be a nightmare!"

"Without location technology, delivering packages for Christmas would be a nightmare!"

Dropping off 200 packages a day on London's streets during the busiest retail time of the year, here's how Santa's real-life helpers are making Christmas happen.

Delivery driver Joe* is about to begin a long shift delivering parcels in the run-up to Christmas — the busiest time of year in his line of work.

"At Christmas, I deliver up to 200 packages a day around a busy area of London. Christmas is the most hectic time of the year. My salary depends on how many packages that I deliver, so I'll work late until 7pm or 8pm and also take on extra Sunday shifts," says Joe, who's worked as a delivery driver for six years, tells HERE360.

"I know London's roads fairly well, but we have a lot of drivers who are new to the city. Without navigation technology to guide us, it would be a nightmare, and customers simply wouldn't get their deliveries in time." 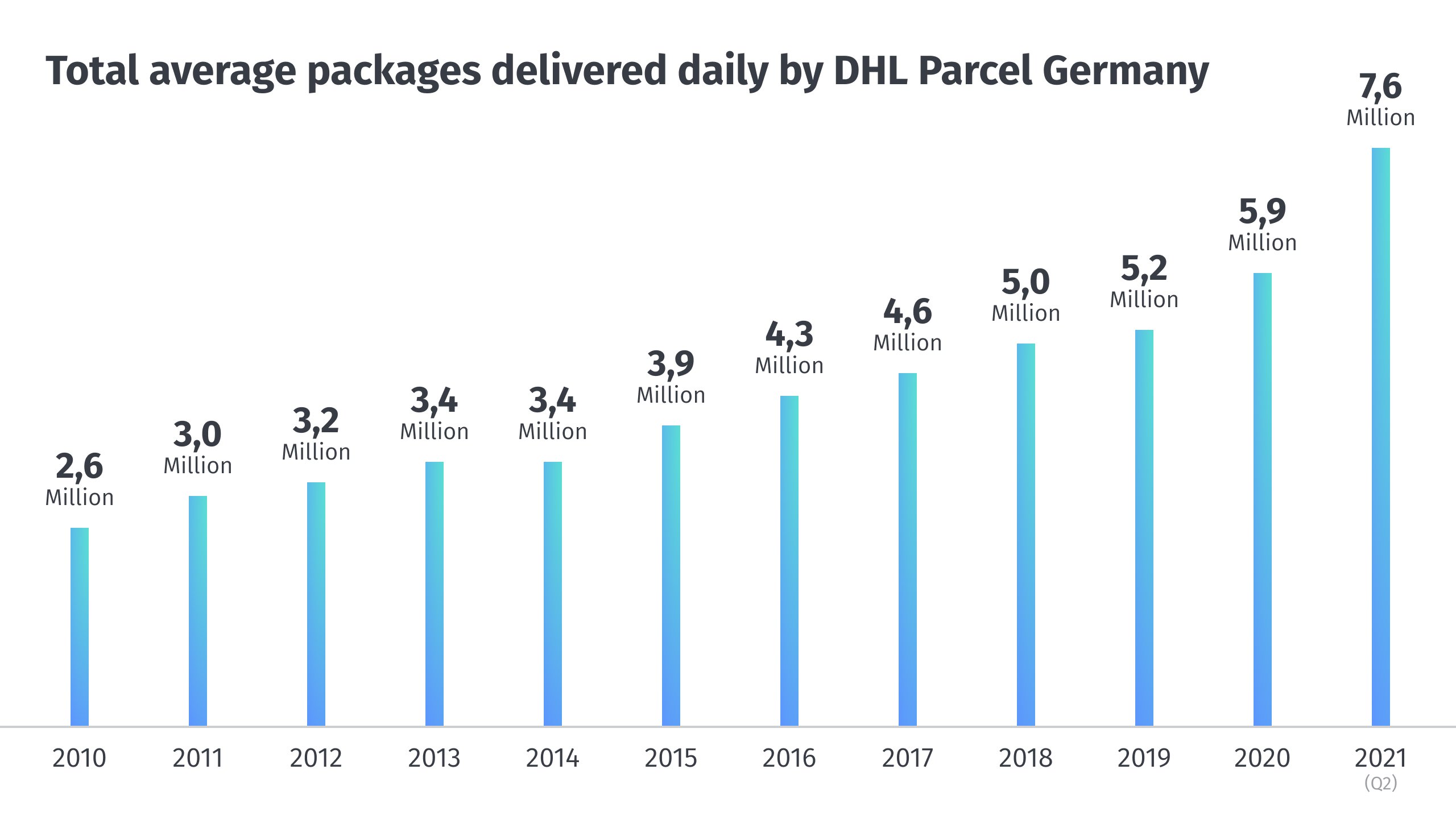 In the second quarter of 2021, DHL Parcel Germany delivered an average of 7.6 million packages per day.

With online shopping booming year on year and becoming even more popular as a result of the pandemic, this year's Christmas is going to be even busier for the real-life Santa's little helpers — delivery drivers. Last year Royal Mail delivered an estimated 500 million parcels in the UK during the holiday season, which was 30% higher than in the same period in 2019, and if deliveries don't arrive in time to get under the tree for Christmas, customers will be bitterly disappointed.

It's not just presents that customers are ordering online, with grocery stores reporting that 40% of the UK ordered their Christmas food online in 2020, as opposed to just 7% in 2019. Delivery drivers are the backbone of the holiday season, so HERE360 spoke to three of them to get the inside scoop on the highs and lows of delivering over the Christmas period.

"I do enjoy my job," says Joe. "But at Christmas, it can be very stressful. Our bosses expect the parcels to be delivered, regardless of the amount of them, and as many are next-day delivery, there's a lot of pressure. Customers have spent money and they are expecting their goods in time for the big day. But it makes it all worth it when a customer's face lights up when they answer the door and I've brought them the delivery they've been worrying wouldn't arrive in time." 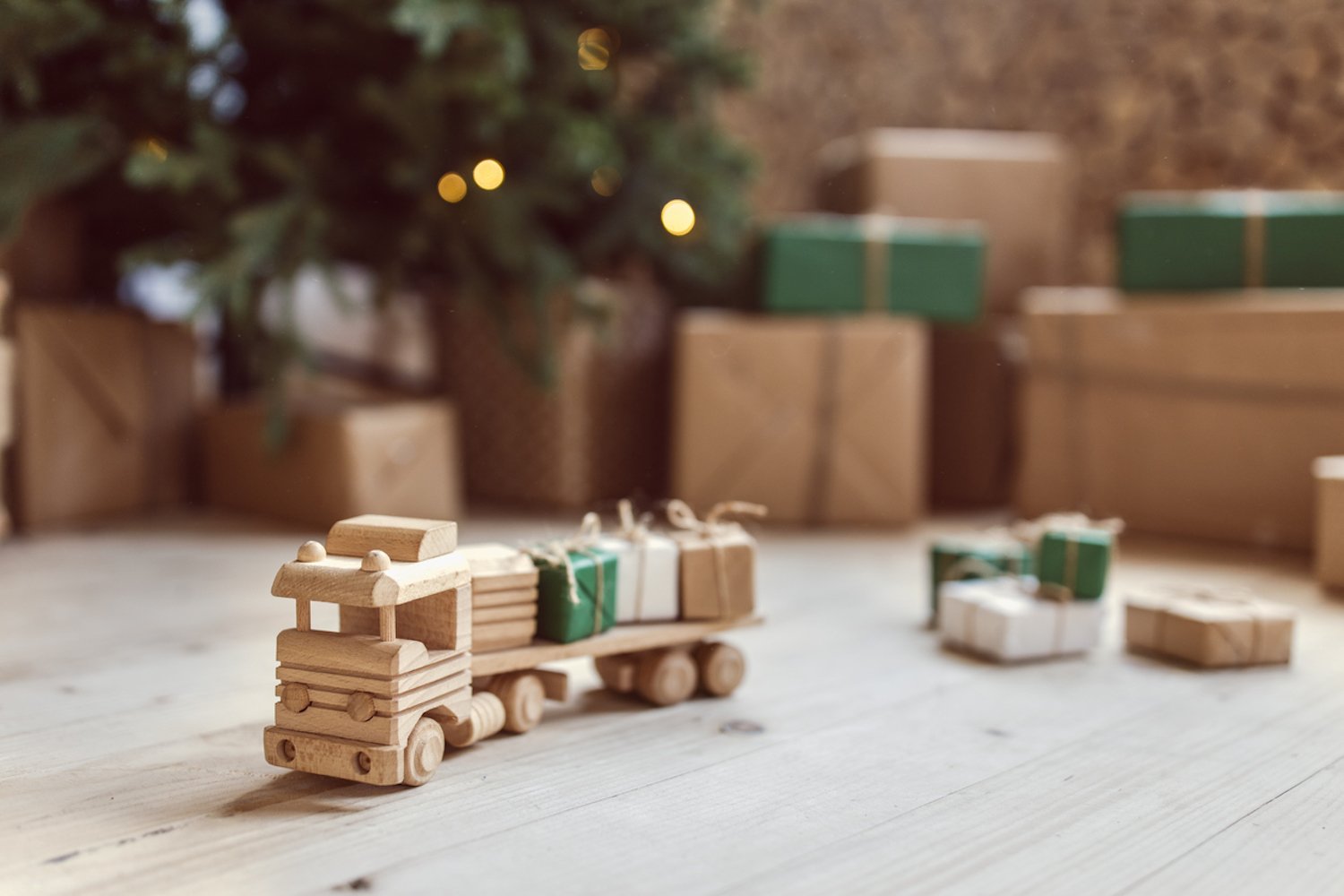 Read more: How to holiday-proof your supply chain

Grocery store delivery driver Remi* has recently returned to work after losing his office job during the pandemic. He first worked as a delivery driver in the 1990s, but now that he's back making deliveries, he tells us things have changed as location technology has boomed.

"When I first worked as a courier 20 years ago, I had to rely on paper maps to navigate my way around the city, which I'd mark up with Post-It notes so I could remember where I was going," Remi reminisces. "That's unthinkable now — mapping technology has totally changed the way couriers work and when I'm doing my Christmas deliveries this year. I'll be relying on my mapping app to make sure customers get their Christmas dinner in time for the big day. I make up to 30 food deliveries each day — that's a lot of turkey and figgy pudding."

But the tech that Remi's company provides him with isn't without its glitches. "I don't use the maps app that the grocery store gives me," Remi admits. "It's useless at considering traffic and means I always get stuck in jams." 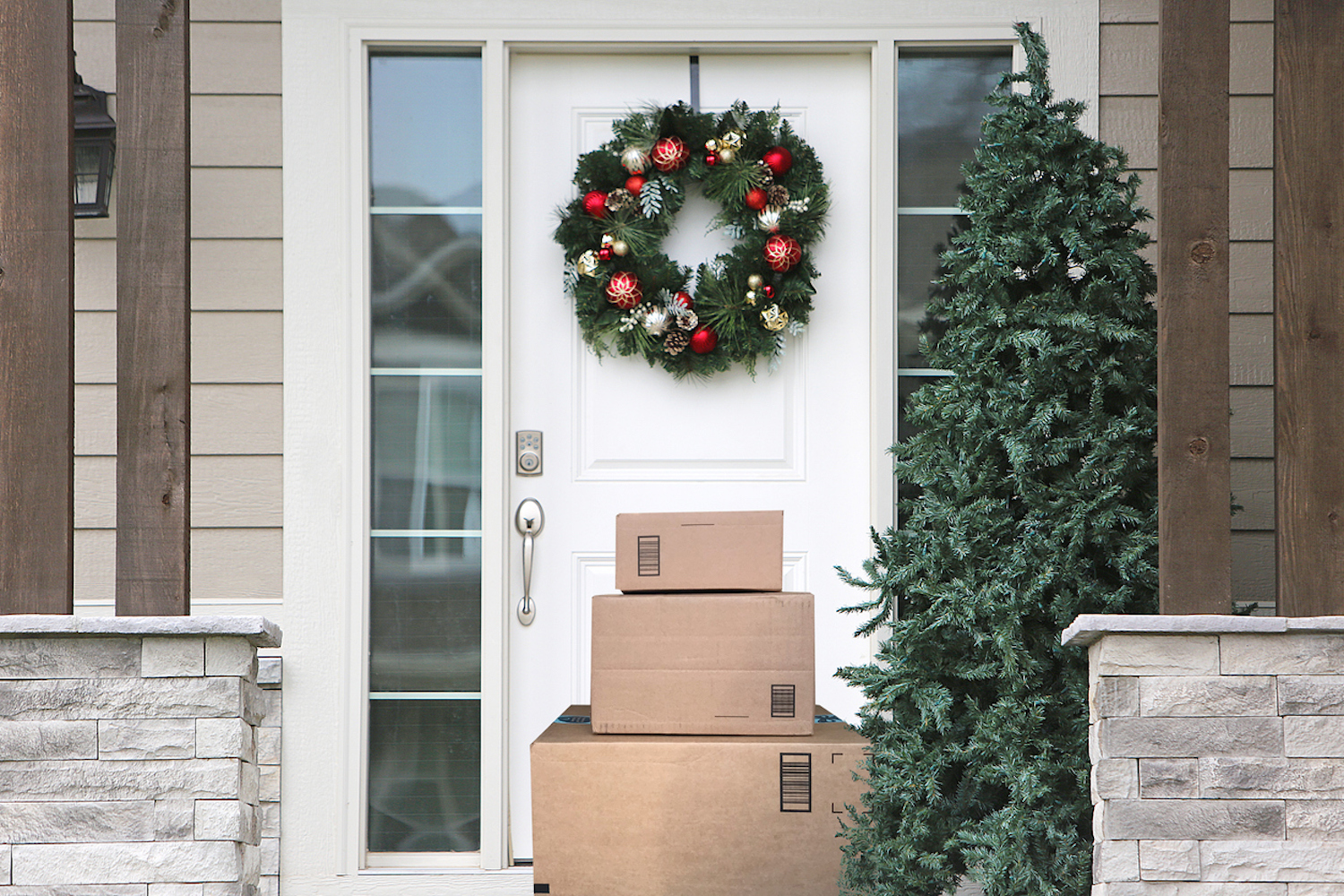 If Remi's company had used HERE Last Mile then he'd have highly-precise traffic information at his fingertips from the beginning. Whether a product travels halfway around the world to reach its final destination or just from a nearby town, the last mile is the one most likely to cause a headache. But the last mile — getting a package from a local transportation hub into the hands (or onto the doorstep) of its new owner — is the most important part of the delivery process.

Even the most well-planned route can be disrupted by unexpected traffic jams, accidents, road closures and local events, which is where HERE Last Mile comes in. The end-to-end app reduces costly overruns with deliveries and minimizes driver dissatisfaction by improving the effectiveness of deliveries. It plans smarter routes, reacts to sudden changes such as traffic and roadworks, and receives status updated in one convenient app. It's built on HERE's highly accurate location data and is specifically orientated towards trucks, which means that it's ideal for delivery fleets such as Remi's.

Delivery driver Craig* has worked in his job for two years in a more rural part of the UK, and says Christmas is the most stressful time for him as a driver because of the sheer volume of deliveries. "It's really tempting to take on as much work as I can at Christmas," he says. "The rush kicks in for Black Friday and Cyber Monday and continues right up until Christmas Eve."

Like Remi, Craig hasn't been too impressed with the mapping technology that his delivery company gives him to work with. "When I first started my job, I used it, but often it would take me to the wrong place, or get me to drive on the highway when I didn't need to. It made it harder to deliver at night, as well — I know the streets pretty well by day, but once it's dark, it's so much harder to see door numbers. Now, I use a much better mapping app — it's far superior — and it makes my life much easier."

One of Joe's major pet peeves is delivering packages to high-rise apartment buildings. "The addresses are hard to find, and if there's no elevator — which there often isn't in older buildings — my job becomes really hard manual work as I trudge up and down stairs with heavy boxes," he says. "If the customer isn't there when I ring the bell, it's even more annoying."

The biggest hurdle for Remi is delivering to apartments above stores. "I'd rather deliver to residential streets any day of the week," he says. "When I have to park on a main street, I often have to take a big breath because I know that by the time I get back to my van, I'll probably have a parking ticket, and because I'm driving a branded truck and wearing the company logo on my sweater, I can't go on an expletive-filled rant, like I would out of uniform! Luckily, the grocery store pays the parking fines, but it's still really aggravating."

Remi also admits that he's a bit of a Grinch when it comes to Christmas. "Do I put Christmas music on in my truck? Absolutely not," he says. "We get that rammed down our throat at the depot — they play Christmas tunes 24/7, and it's just so schmaltzy. So my truck is a Christmas song-free zone!"

All three delivery drivers revealed that Christmas Eve itself isn't as stressful as you might think. "Most people haven't left their shopping until the last minute," Joe explains. "It's the 20th to the 23rd December that are the killer shifts. I work 12-hour shifts on those days.  The biggest stress is the traffic, and the return trips to the depot because the parcel volumes are huge. Sometimes you end up doing two or three different trips back to the warehouse to pick up the parcels because they won't all fit in your truck at once."

As a grocery store delivery driver, Remi says he gets the odd "hangry" client being rude to him. "I had a customer throw a load of plastic bags at me once because what he'd ordered hadn't turned up with his delivery. I just told him, "I don't control what's in the shopping.' He then became super apologetic and scooped the bags up off the floor."

Craig has got to know his customers well over the years and says one older lady always leaves him a gift. "She'll give me £25 in a card, and that always makes me feel better about doing the job at a really stressful time of year." He was also left feeling star-struck last year when he delivered Christmas presents to a premiership soccer player. "I recognized his name on my list, and it was actually him who opened the door. I'm a big Norwich FC fan, so that made my day," he says.

Remi says that it's usually those with modest incomes who will tip him at Christmas time. "It's usually the little old ladies who are the most generous — and the richest ones don't give you anything! The most heart-warming part of my job is stopping inside to have a chat with older folk, who aren't in good health enough to make it to the shops. It's lovely to think that just from speaking to them, it brightens up their day a bit, and reminds me that at this time of year, my job is really about helping people out."