Bringing the HERE automotive cloud to life with virtual reality

Bringing the HERE automotive cloud to life with virtual reality

The cloud is vital to the development of the automotive industry – from driverless vehicles to infotainment systems – yet to many it remains a nebulous concept. At the Paris Motor Show, HERE introduced a demonstration which turns the mysterious world of the cloud into something that can experienced, all thanks to virtual reality.

We spoke with Holger Storm, senior creative technologist at HERE, who worked on creating the virtual reality (VR) experience, immersing attendees in the city of Frankfurt and allowing them to experience the data flowing from cars into the cloud, and illustrating how the new HERE services are powered.

“The advantage of VR is that you can tell a story that’s been told before, but in a different, interesting way. So, I could show you the same numbers used in the demonstration in a regular document, but it’s not very impressive.”

“However, when you’re in the middle of a city, seeing thousands of data points being collected and travelling to the cloud, it’s compelling and gives a sense of scale.”

The demo followed the announcement that HERE is the first platform to combine vehicle sensor data from competing car brands. To illustrate how this works, and the four new services this data powers, HERE launched the demo which places people in Frankfurt and allows them to experience it for themselves.

So, if the attendees stand, they’re in the cloud and if they kneel, they get closer to the roads and can take a closer look at how each of the services work. However, the demo not only illustrates the impressive work of the HERE Open Location Platform, but highlights how VR can be used to illustrate such complicated information. 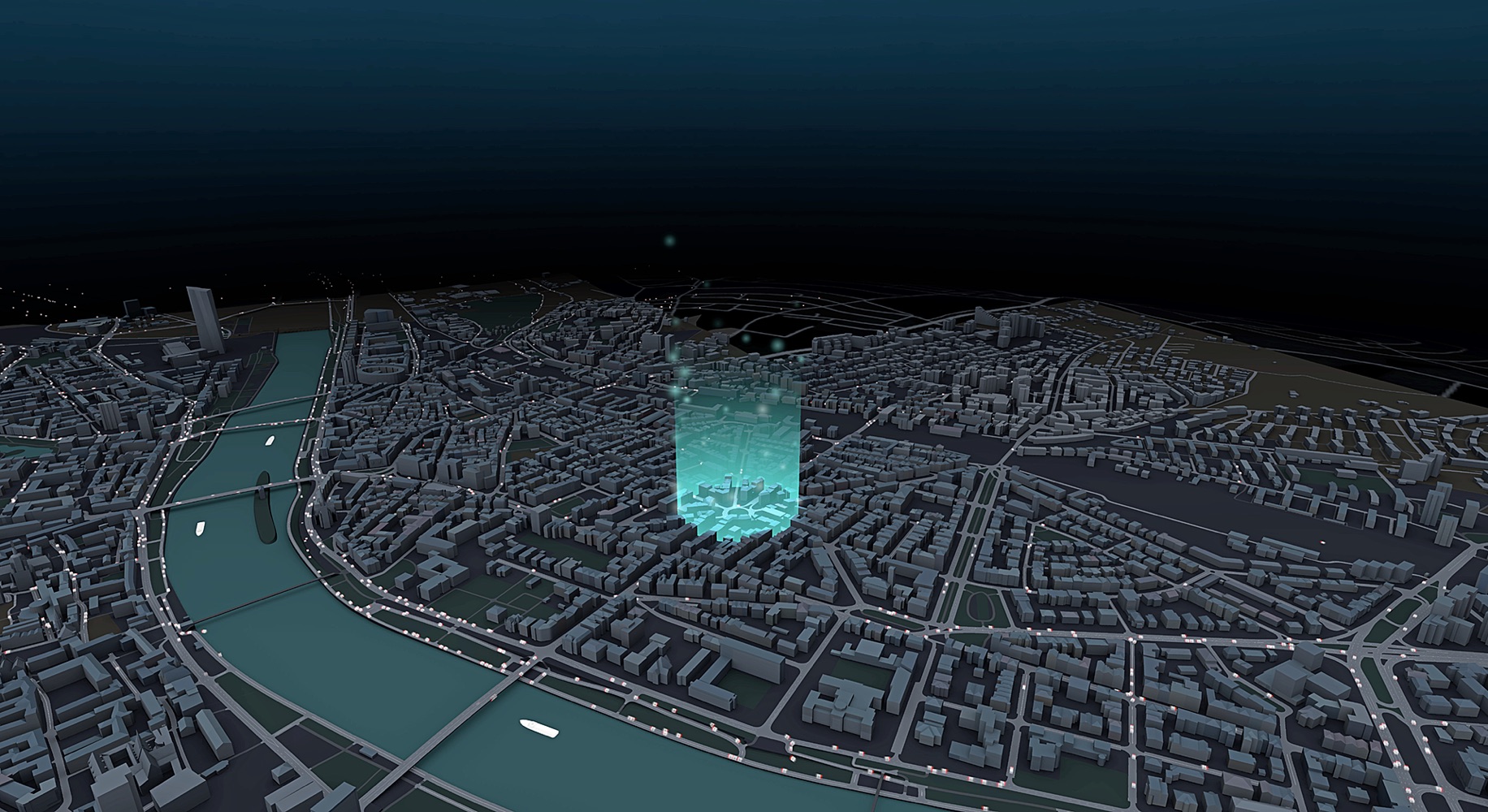 Holger, who works on different prototypes for everything from IoT to automotive products, adds:

“We have no limitations in what we can show. We can make the attendee very tall so that they’re hovering above the city, and can see a whole neigbourhood and witness how cars are trying to find parking spaces. We can then make you smaller and bring you to an exit of a highway and see what’s happening there.”

“The ability to scale is very important in bringing this information to life. If I told you there were 5,000 data points you wouldn’t be impressed, but if I showed you 5,000 things moving all around you, interacting with each other, it suddenly means more.”

The VR experience also allows people to move around the city, which Holger says makes the cloud, a notoriously difficult concept to visualise, tangible.

Have you had the chance to experience VR? Let us know your thoughts in the comments below, and check out our series on the Paris Motor Show.