Uber in the skies? Yeah, and taxis will fly

Imagine New York where your cab never gets stuck in traffic. The technology might still be unproven, but urban air mobility may be nearer to reality than you think.

In May this year, German firm Lilium announced a successful test flight of a five-seater electric air taxi. This edged the world a little nearer to mobility in the air – but before our city skies fill with taxis, let’s find out what urban air mobility is and how it could work.

Who are the key players?

There are multiple electric air taxi projects, several of which are advanced and well funded, some by the EU. Airbus and Audi recently revealed their electric air taxi "CityAirbus." Boeing is working on an autonomous passenger air vehicle and Google co-founder, Larry Page, is funding Kitty Hawk’s development of an electric personal aircraft. And, with their recent announcements, Lilium and Uber Air have captured much attention.

How does it work?

Technologies can vary wildly, but projects generally break down into two main kinds – those with jet engines and those powered by rotors.

The Lilium aircraft, for example, is powered by 36 electric jet engines. It takes off vertically, like a helicopter, before tilting its engines for horizontal flight. There's no rudder, tail or gearbox. It has a range of 186 miles and power for an hour’s flight.

Whether a vehicle is self-flying or uses a pilot, high-quality digital maps will be essential. Which is something we think about a lot. At HERE, we specialize in supplying accurate 3D maps, and additional services that help bring our maps to life and can help power an autonomous world.

Does it help our world?

Yes. According to various developers, the technology promises less pollution and congestion in urban areas, as well as shorter, more convenient journeys. Uber Air expects the 12-mile journey from the center of Melbourne (one of its test locations) to the airport will take ten minutes, instead of up to an hour by car.

Many of the services would use a smartphone app through which customers could book trips and manage those bookings. 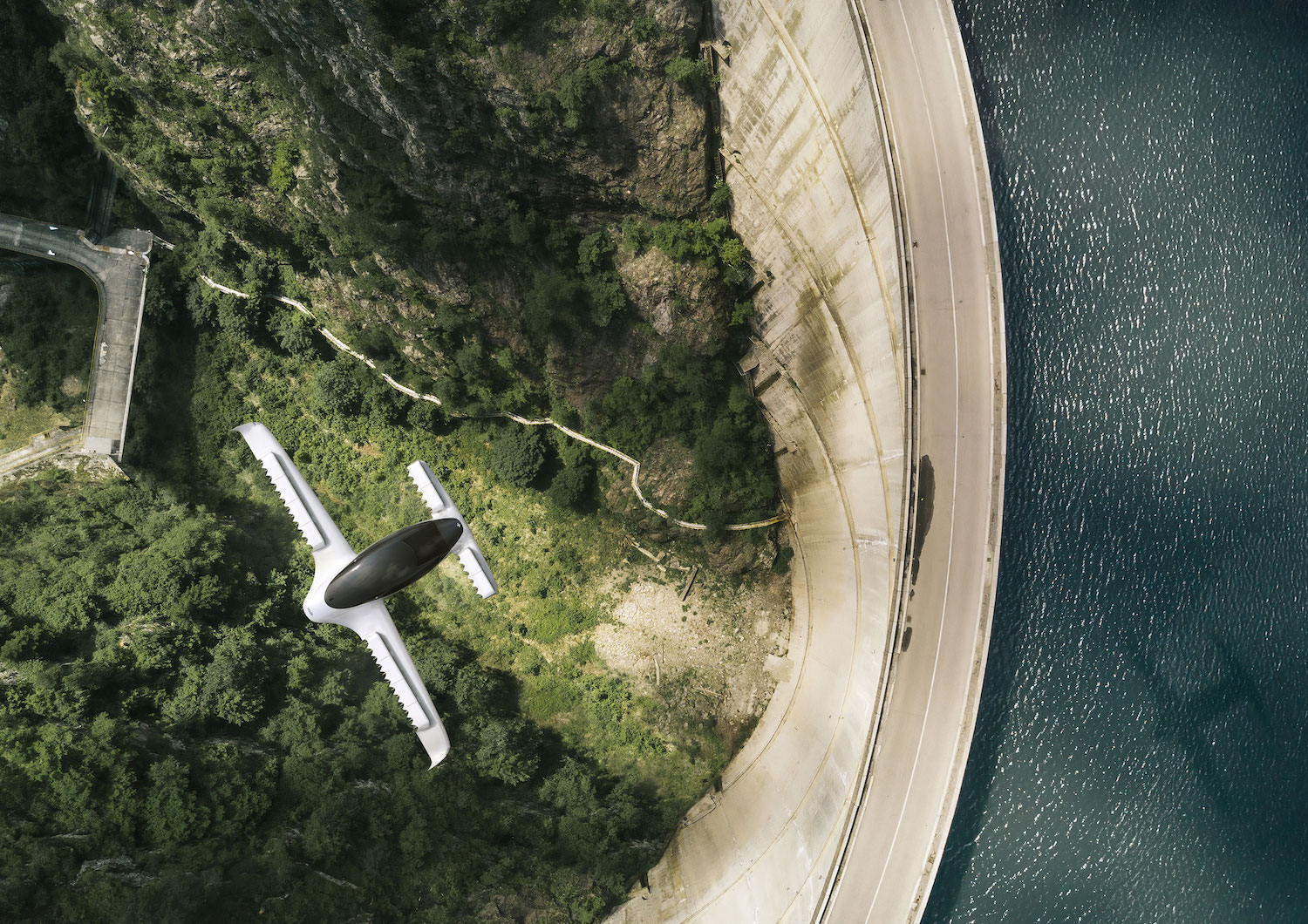 Will it actually happen?

Lilium claims its five-seater aircraft opens up economies of scale that aren’t available with smaller vehicles. Others are also planning craft that can take more than two passengers. Uber has said its vision is to transport thousands of people at the same cost of an UberX trip.

On the regulatory front, Lilium hopes the presence of a pilot, rather than autonomous control, might make it easier to secure certification from the European Aviation Safety Agency. The government of New Zealand has welcomed the Kitty Hawk project – because of its environmental credentials – while the firm is said to be working "constructively" with aviation authorities there.

Experts are predicting that high costs, safety concerns and regulatory considerations will limit the impact of autonomous flying vehicles, so much will depend on how each project overcomes challenges like these.

Accurate predictions are difficult, as with all innovations that are unproven, untested and, as yet, have little infrastructure in place.

However, that hasn’t stopped some developers setting bold timelines. Uber Air has said test flights will start from 2020 with plans for commercial operations from 2023. Lilium hopes to go into mass production "by the mid 2020s," with Bell aiming to be in flight around the same time.

So if you find yourself late for a meeting because you're stuck in Manhattan traffic, again, hold tight. Help is on the way.

Want the best real-time maps for your air taxi? HERE can help.