Too drunk to drive? Soon, your vehicle could decide

Too drunk to drive? Soon, your vehicle could decide

Interventionist technology could help reduce the impact of drunk drivers on our roads.

For years manufacturers have being adding features to make vehicles safer, but welcome development like seat belts and antilocking breaks did little to mitigate the single biggest danger in a car – the driver.

However, all that could soon change.

Drivers and car makers are poised to enter a new chapter in automotive safety, where advanced

technology is used to intervene when safety becomes an issue - and what could be riskier that a drunk driver?

From next year, Volvo will install technology in new models to help detect if the driver is drunk. Cameras will look for pupil dilation while sensors in the steering wheel will assess the driver’s reactions. Other sensors will monitor the movements of the driver and the car.

If necessary, the vehicle will slow, even park itself, before ringing customer services so an operative can speak to the driver and even take control of the vehicle.

Interventionist technology of this kind is intended to reduce the number of people who are injured or killed because of drunk drivers. It also has the potential to reduce drink-driving arrests.

More than a million arrests were made for DUI in the US in 2016 – that’s almost 10% of all arrests nationally in that year. The following year, more than 10,000 people lost their lives in drink driving incidents in the US, that’s around one every 48 minutes. In the US, the annual cost of drunk driving is an eye-watering $44 billion.

The picture is similar in the UK, where in 2016 around 9,000 people were injured in incidents where a driver was over the alcohol limit, with an estimated 230 people dying in drink-drive crashes.

With statistics like these making such uncomfortable reading, it’s little wonder that regulators are setting ambitious targets for reductions in road deaths.

The European Commission is committed to reducing road deaths to zero by 2050 – and one of the ways it hopes to achieve its goal is with the introduction of new safety rules that include the mandatory installation of systems to prevent drink-driving that aren’t a million miles away from the technology Volvo is about to launch. 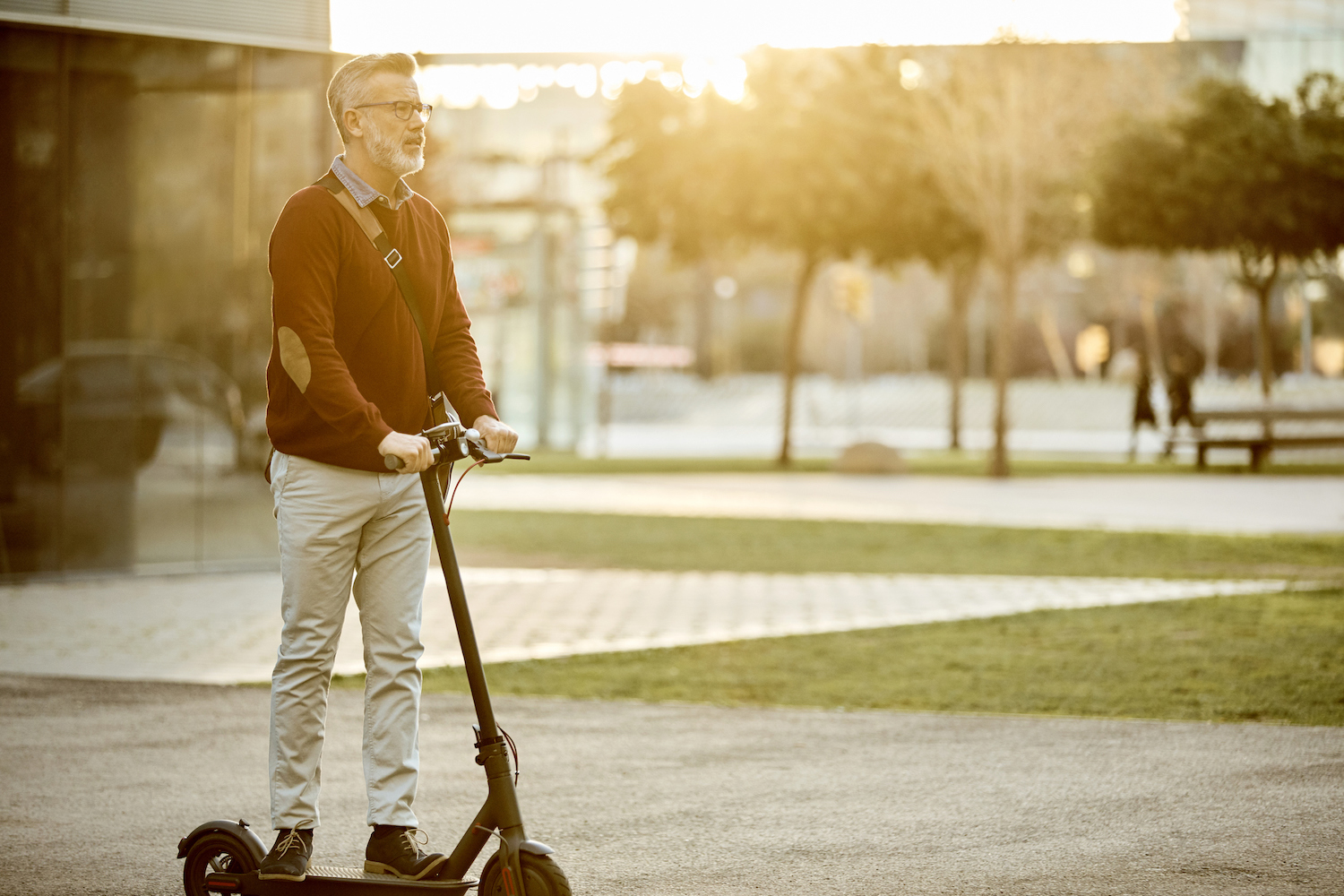 At HERE, the idea of technology working seamlessly in sync with our daily lives chimes with our hope of enabling an autonomous world that enhances the way everyone and everything in our towns and cities lives, moves and interacts. We could welcome an era that realizes new potentials for businesses, society and humanity.

Of course, a car isn’t the only mode of transport where the involvement of alcohol is less than ideal. The booming popularity of electric scooters was always likely to bring drink driving (or, rather, drink riding) to the sidewalk - indeed, it arrived last year when the US recorded one of its first DUI prosecutions for being under the influence while operating an electric scooter.

The City Of Austin recently conducted a study on injuries associated with scooters accidents. Amongst the broken bones, the study found that in almost a third of cases, the rider had consumed alcohol in the 12 hours preceding their injury.

Drunk scooting is something the industry is alive to and - much like the automotive sector – steps are being taken to combat the problem through smart uses of technology.

Electric scooter rental firm Lime is already trialing an in-app feature that after 10pm displays warning about riding drunk. It asks the user to answer the question ‘are you safe to ride?’ by typing ‘yes’ before it will unlock a scooter.

This is just one in a series of expected measures aimed at combating drunken use of Lime’s scooters – another development could ultimately make use of in-built sensors to detect erratic movement after which the scooter could be slowed automatically.

Much like the Volvo that could come to a stop to prevent a drink-driving, scooting under the influence might also be facing a very limited future.