How sensor-based location is enabling the transportation of the future

How sensor-based location is enabling the transportation of the future

Environmentally friendly trains are tipped to be the mode of transport of the future. State-of-the-art sensors can be used to increase their capacity on the rail network.

Imagine if there was a way to reduce traffic, congestion, and harmful emissions on the road.

While some industries have sought new solutions to that problem, it could be that the answer is already here. Increasing passenger and freight traffic on our railways would help protect the climate. But there have historically been challenges when it comes to building capacity on rail networks. Existing infrastructure has quickly reached its limits, and many networks are unable to add any more capacity.

Sensors4Rail is a pilot project from the rail sector initiative Digitale Schiene Deutschland, featuring technology from HERE, Siemens Mobility, ibeo automotive and Bosch Engineering. The project, unveiled at the ITS World Congress in Hamburg recently, uses sensors to provide precise information about the train's surroundings and exact position. Based on this data, trains can be optimally controlled in the future and, for example, run at shorter intervals, which would bring more capacity to the railways.

The great thing about Sensors4Rail is that this can be achieved without laying a single new track. 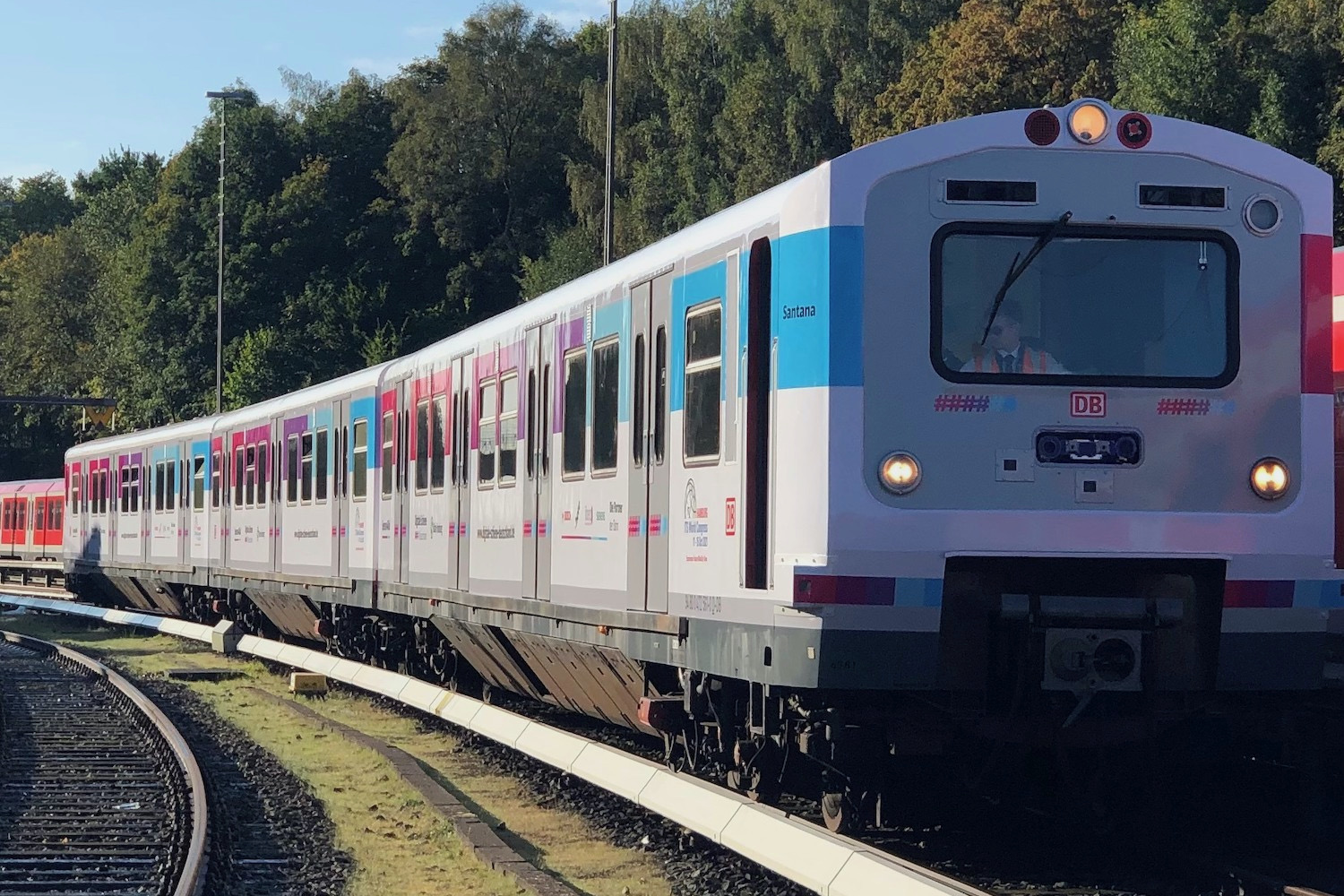 Sensors4Rail aims to bring greater capacity to our rail networks through location technology.

How does it work?

In this challenging project, the five partners collaborated to bring together completely different technologies to the rail system.

The trains are equipped with sensor technology including cameras, radar and lidar systems. These detect moving or still objects on or near the track, whether that is a platform edge, a tree that has fallen or an animal on the track.

Next, a high-performance computer fuses the sensor data to provide a reliable image of the train's surroundings — even after dark or in fog. It can determine the course of the tracks and the train's exact position relative to landmarks such as buildings or electricity pylons. 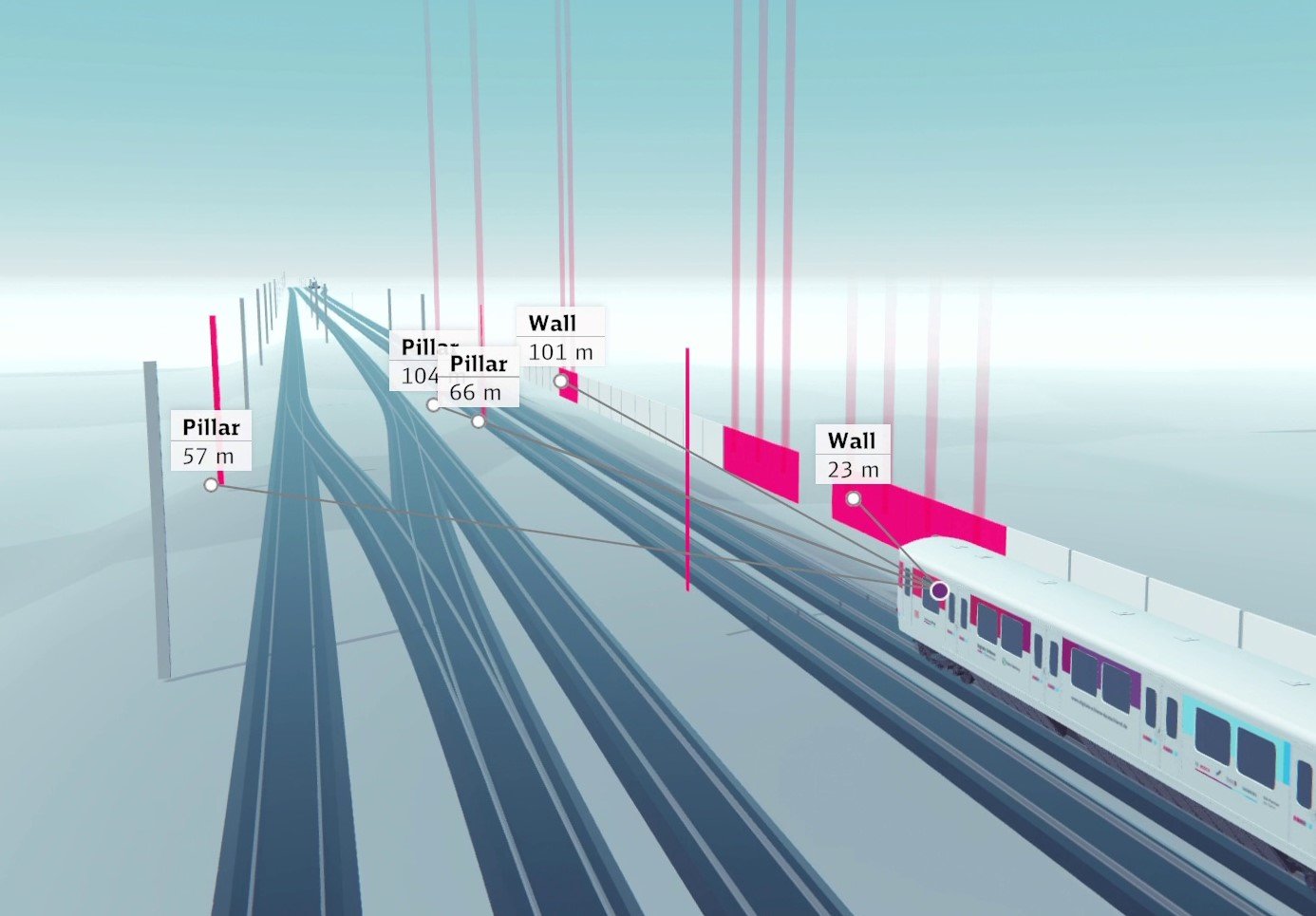 Sensors at the front of the train create an accurate picture of the train's surroundings. Image credit: Deutsche Bahn

This information is compared with the landmarks saved on the HD map and the position detected by the global navigation satellite system. Along with the motion data of the train, this can be used to determine an accurate location of the train to the nearest centimeter.

The HD map works as a digital twin of the track. It enables a continuous localization of the train and can supply this information to subsequent systems too.

The sensors detect hazards and obstacles in real-time, so the train can be diverted if need be and the right maintenance can be carried out straight away, reducing delays.

On track for success

The first project phase was successfully completed, with the presentation at ITS as the highlight. Now it is time to move Sensors4Rail to the next stage. The years 2022/23 will see four-seasons field tests to collect more data in varying conditions and further improvement on the data processing backend. Then, the project learnings will be used as a cornerstone in the next railway digitalization steps and may be brought to European standardization efforts.

Speaking at ITS, Annika Hundertmark, Head of Railway Digitalization at Deutsche Bahn, said: “Sometimes, climate protection is very easy: just take the train. We would like to get more people using trains, but to be successful, we have to make sure we offer the quality and enough capacity.

"For us, Sensors4Rail is a way to show in practice how bringing new technology to the railway sector can help us to do both and, in the end, offer real benefits to our customers."

"We are excited to be part of the Sensors4Rail project and we are looking at various other use cases we can do in the railway context." He explained that the longstanding experience HERE has in creating maps was brought to bear on this project, even while new attributes such as train platforms and electricity pylons had to be added.

“Adding this high-precision digital twin which allows the train to reference exactly where it is in reality but also relative to this digital twin allows us to unlock these use cases, to get higher density, higher capacity and higher density."

It might be some time before this technology comes to a network near you, but for the time being, we are on the right track when it comes to improving and encouraging rail travel.

Build your own world view using our map data as a canvas. Layer with data from other sources and turn your map into a location-based application.