Fleets of commercial vehicles could cut their emissions by half using technology developed by Aston University researchers which mimics the way ants forage for food.

While some sectors have seen their activities all but wiped out by COVID-19, that is not true of delivery services. Royal Mail estimates that 45% of UK adults now receive more deliveries than before. That may be good news for business, but it makes hitting clean air targets something of a challenge.

A solution has come in the form of technology based on the way ants communicate and organize themselves to do tasks, developed by Aston University. Researchers used a technique known as 'meta-heuristic technology'. 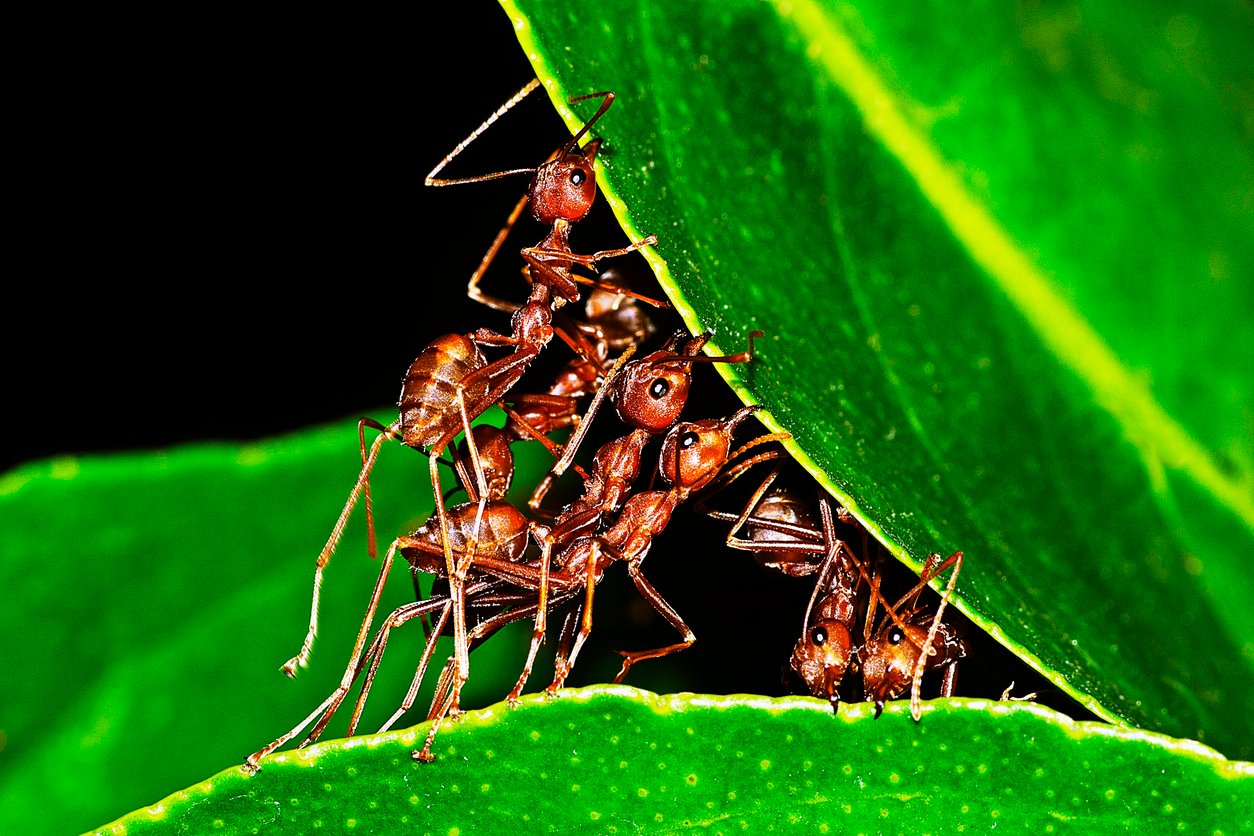 The way ants communicate with each other on tasks can be used for fleet management.

The method mimics how colonies of ants solve problems and improve upon their existing behaviors. One example of this is that when an ant figures out the best way of doing something, it keeps a record of that “best practice" - and that information is passed automatically to the other ants. This permeates the entire colony, meaning that best practice is constantly being updated, in a way that is similar to computer algorithms.

And the researchers went one step further. They created even 'smarter' ant algorithms by reducing the number of decisions they make so that they can solve city-scale fleet routing problems.

The software uses route optimization to intelligently direct fleets of vehicles around a city or town. Not only does it save them time and money, but the researchers say it will also enable them to cut emissions in half. This could present an alternative to Clean Air Zones. These were proposed in the UK in five cities and potentially in another 23 local authorities. Although the plan is on hold due to the pandemic, charges and restrictions will apply to many large vehicles if Clean Air Zones come into force later on. The software was developed under the Think Beyond Data initiative, part-funded by the European Regional Development Fund.

“Algorithms based on the foraging behavior of ants have long been used to solve vehicle routing problems, but now we have found how to scale these up to city-size fleets operating over several weeks in much less time than before." - Dr Darren Chitty, lead researcher, Aston University

The researchers tested their technology on several Birmingham companies that operate fleets of vehicles to see if it worked to reduce their road usage. One of these was a maintenance company that had spent a great deal of time every day traveling across the city to customers' properties.

They tested the technology with up to 45 vehicles and 437 customer jobs over six weeks. Observing a savings of over 50% compared with the company's original time spent on the road, this meant the maintenance company could make equivalent savings in their fuel costs, boosting profit margins, while cutting vehicle emissions in half. 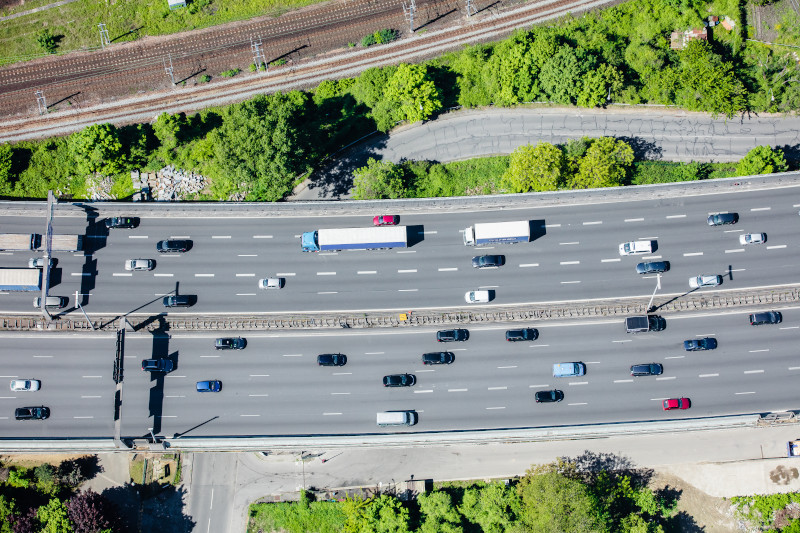 Cutting emissions is a tall order when deliveries are on the rise.

The optimized route meant they could even take some vehicles off the road altogether.

Dr Darren Chitty, lead researcher, Aston University said: “Algorithms based on the foraging behavior of ants have long been used to solve vehicle routing problems, but now we have found how to scale these up to city-size fleets operating over several weeks in much less time than before.

“It means much larger fleet optimization problems can be tackled within reasonable timescales using software a user can put on their laptop."

He said that the technology could be better than Clean Air Zones where certain vehicles are taxed. This is because there is a greater incentive for companies to use the technology since they can save money as well.

And it isn't just technology based on ant behavior which can help you do that. Fleet management solutions such as HERE Routing can help you optimize your fleet's routes, saving time and reducing fuel and emissions. Real-time data is used to plan the best route available in detail, down to tolls on the road and weather conditions.

It can even show the areas where cellular coverage is weak.

When it comes to emissions, a collaboration between Neste, HERE Technologies and PTV Group showed that a third of navigation tools choose routes that are far from optimal.

Armed with these tools, delivery companies might find the increase in deliveries since COVID-19 is not insurmountable after all - even if it is here to stay.

Do you want to learn how to optimize your fleet's route? Find out how HERE's solutions can help you.