Why the transportation industry should look forward to “TaaS disruption"

“It's really electrification that's causing the revolution in urban transport," Dr. Bradd Libby*, RethinkX Research Fellow, told HERE360. “If people are using electric vehicles and using clean sources of energy, then you're not generating pollution in urban areas... electrification is better for people's health and for the environment overall."

RethinkX suggests that the world already has the technology required and only needs to scale and gain support from governments, investors and other decision-makers to eliminate carbon emissions.

In their report*, they envision three scenarios: “Be Sensible", “Get Serious" and “Get Stuck".

Each one shows how adopting, exploiting or denying technology can either help mitigate climate change or disrupt the three leading CO2-creating industries: food, energy, and transportation — or not. 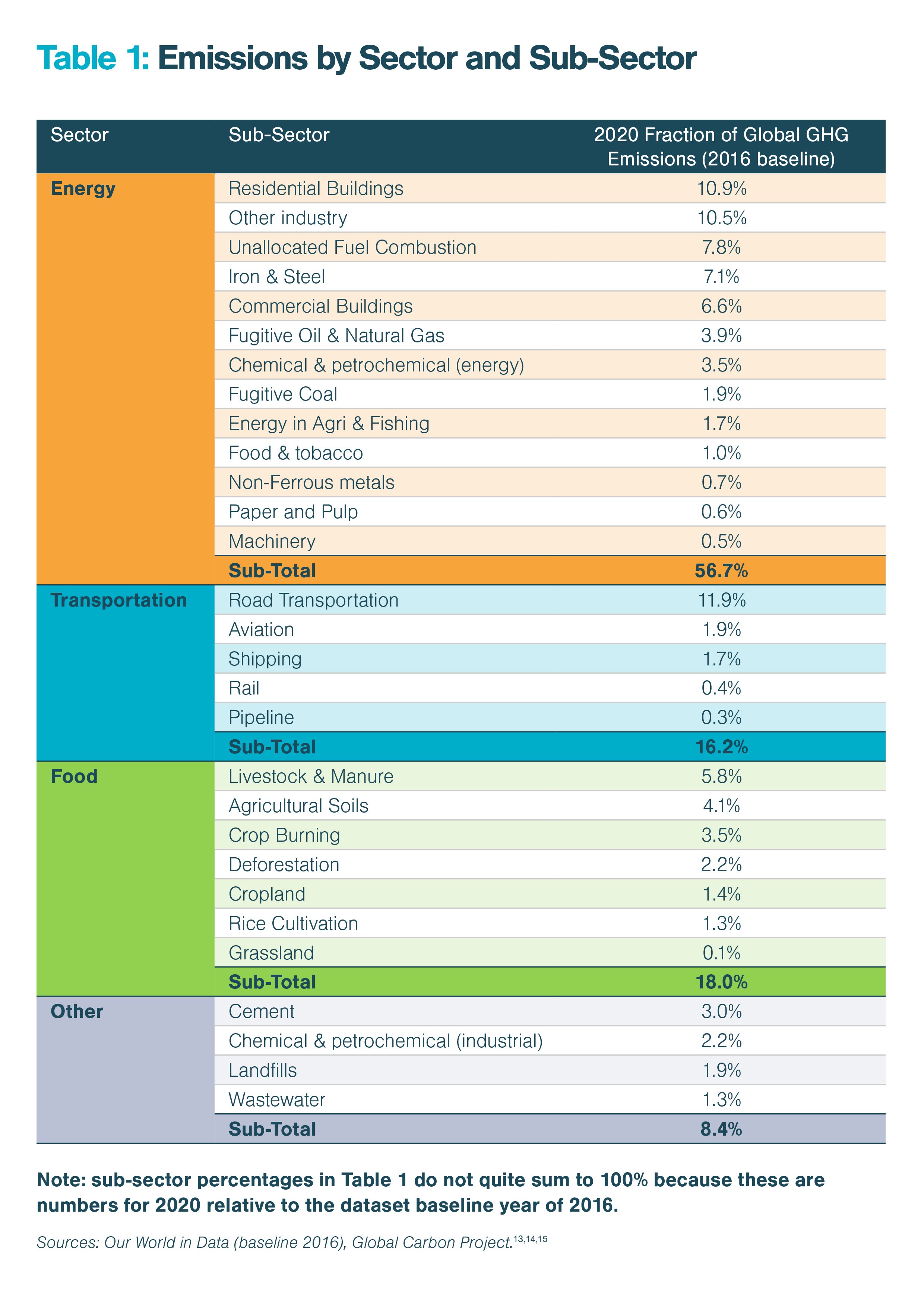 By 2035, RethinkX forecasts that clean energy, food and transportation technologies will cut up to 90% of global carbon emissions, as stated in their report.

The combination of solar, wind, and batteries (SWB), RethinkX's proposal shows, will interrupt the use of coal, oil, and gas.

In addition, precision fermentation and cellular agriculture (PFCA) will disrupt the consumption of meat, milk, and other animal products. RethinkX says these interruptions are already unfolding, simultaneously, and their effects on climate change are profound.

At the end of 2021, we spoke with RethinkX research fellow, Dr. Bradd Libby, about why the TaaS disruption is something to celebrate. His insights were so rich and in-depth that we decided to discuss the “TaaS disruption" across a three-part blog series. 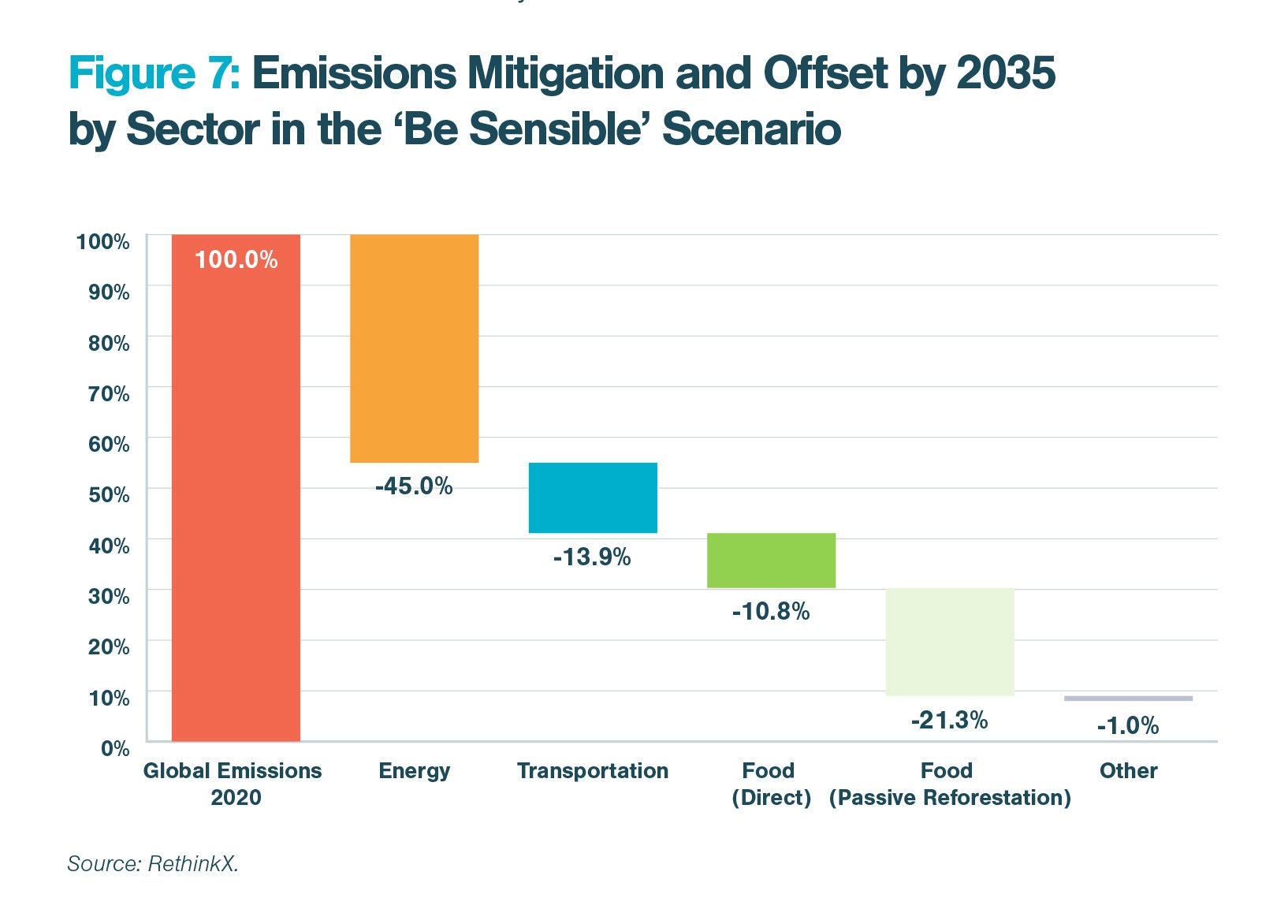 “Transportation emissions are almost entirely eliminated, with only a small quantity remaining in difficult-to-electrify applications like long haul aviation and shipping," as stated in the RethinkX report.

Part 1: The power of electrification

What do you predict for the future of EVs? How are they a key component of TaaS?

Dr. Bradd Libby (BL): "The increase in electric vehicle usage will become even cleaner over time because of cheaper solar panels, wind power and batteries. It's really the cost of the lithium-ion battery that's driving the electric car disruption and the adoption of electric vehicles. Some companies are using electric delivery pods now, like a beach cooler on wheels... People can have food come to them, rather than driving in a large CO2-producing vehicle to a supermarket."

All three have come down more than 90% in cost in the past 20 years and all indications are that they will continue to decline in cost as they become more popular.

If cars and trucks could move themselves, operating as Robo-taxis or autonomous delivery vehicles, it would hardly make sense for anyone to own one personally.

Can you provide an example of how the reduction of emissions in the transportation, energy and food sector, via electrification, will help lower emissions in sub-sectors, commerce and the environment?

BL: “Our research indicates that the eight focus technologies we describe in our report, will require at least ten times less energy, land and other resources to get the energy, transport and food we want and need... PFCA and electric vehicles eliminate most of the demand for those things (plus, again, the deforestation, the shipping, the fertilizer production, the pesticides, the steel, the coal… everything)."

Can you describe the benefits of TaaS for the transportation sector, government, city planners, and consumers?

BL: “For the transportation sector (moving people and goods), TaaS means fewer vehicles on the road, traveling much more per year but at a far lower cost per mile or kilometer. Fewer cars will have an enormous effect on the automobile industry, service stations and the oil industry. And, autonomous trucks and taxis will begin to wipe out most professional driving jobs (truck drivers and taxi drivers).

For government agencies and city planners, a transportation system dominated by electric cars will mean less revenue from gasoline taxes. Robo-taxis will mean far fewer parking spaces needed in urban areas — parking could be turned into parks — parking lots could be housing, street parking spaces could be bicycle lanes, or whatever else we want."

“For everyone, TaaS that uses autonomous electric vehicles (A-EVs) will fundamentally mean transportation that is cheap, clean, and abundant." — Dr. Bradd Libby, RethinkX

How will electrification change the shipping industry, specifically overseas manufacturing, and supply?

BL: “In 2018, the World Economic Forum posted a blog post about the world's most traded goods. And if I recall, number one was cars, number two was refined petroleum, and number four was refined vehicle parts. Almost a third of the tonnage of all big ships in the world is used for moving fossil fuels. If we have electric cars, bikes, and delivery pods we don't need to move oil between continents...

"If we don't need to ship finished cars or parts, a major segment of world trade (in not only volume but also value) will disappear over a ten-to-fifteen-year period."

In part 2 of our series, we'll discuss the impact of autonomous cars and autonomous EVs.

"Not only will the cost of electrification decrease with A-EVs but the cost of labor associated with ride hails will also drop, resulting in TaaS that's 10x cheaper than privately owned cars today." — RethinkX**

RethinkX is an independent think tank that analyzes and forecasts the speed and scale of technology-driven disruption and its implications across society.

**Reference: “Rethinking Climate Change: How Humanity Can Choose to Reduce Emissions 90% by 2035 through the Disruption of Energy, Transportation, and Food with Existing Technologies and Food."

EV does it: is it time to electrify your fleet?