Skip to main content
HERE360 blog
2,980 shipping containers have gone overboard since November 2020 – why and what could've been done?
Supply Chain 6 min read 03 May 2021

It's extreme weather, or the surge in imports, or “parametric rolling": regardless of the reason, there are too many shipping containers being lost at sea.

Since November 2020, in about six separate events, at least 2,980 shipping containers have fallen off cargo ships into the Pacific Ocean. That's more than twice the number of containers lost annually between 2008 and 2019, according to the World Shipping Council. And this isn't an issue native to the Pacific; on November 20th, 2020 at least twenty-seven containers fell into the Atlantic.

Rough waters and a phenomenon called “parametric rolling" could be to blame. But there is another, particularly timely, cause. According to IHS Markit, December 2020 saw an increase in American container imports of thirty percent when compared to December 2019.

“It's a boom in import cargo beyond anything we've seen before," Lars Jensen, the CEO of SeaIntelligence Consulting, told Wired.

This swell in sea traffic, which shows no sign of slowing, is aggravating normal, rough sea conditions.

This HERE graph clearly illustrates the increase in fallen containers. 2013 marked a particularly bad year when 5,578 containers were counted as lost – seventy-seven percent of which occurred when the MOL Comfort sunk in the Indian Ocean.

While it might seem that there's little to be done to prevent lost sea shipments, managers can prevent accidents by bolstering their supply lines with location-based supply chain optimization solutions from HERE, in addition to using HERE Asset Tracking to gain access to real-time data about where and when mishaps occur.

Shipping containers carry all kinds of goods, and in some instances they're empty. Either way, the containers are heavy and not water-tight, so they will eventually sink to the bottom of the ocean floor making them virtually unretrievable.

When considering recovery, the kind of shipment and container are crucial considerations when determining the timespan for removal. The main factor is the amount of damage the container suffered when it hit the surface of the water and the type of goods inside: a shipment full of thousands of Pelotons or automobiles likely won't float very long. A shipment full of rice crackers on the other hand...

Increased demand results in tired crews who might be pressured to put into service older, well-used containers (possibly with defects or corroded locking mechanisms) and act with haste in an effort to get empties back to their origin country for refilling, Ian Woods, a marine cargo lawyer and a partner with the firm Clyde & Co, explained to Wired. 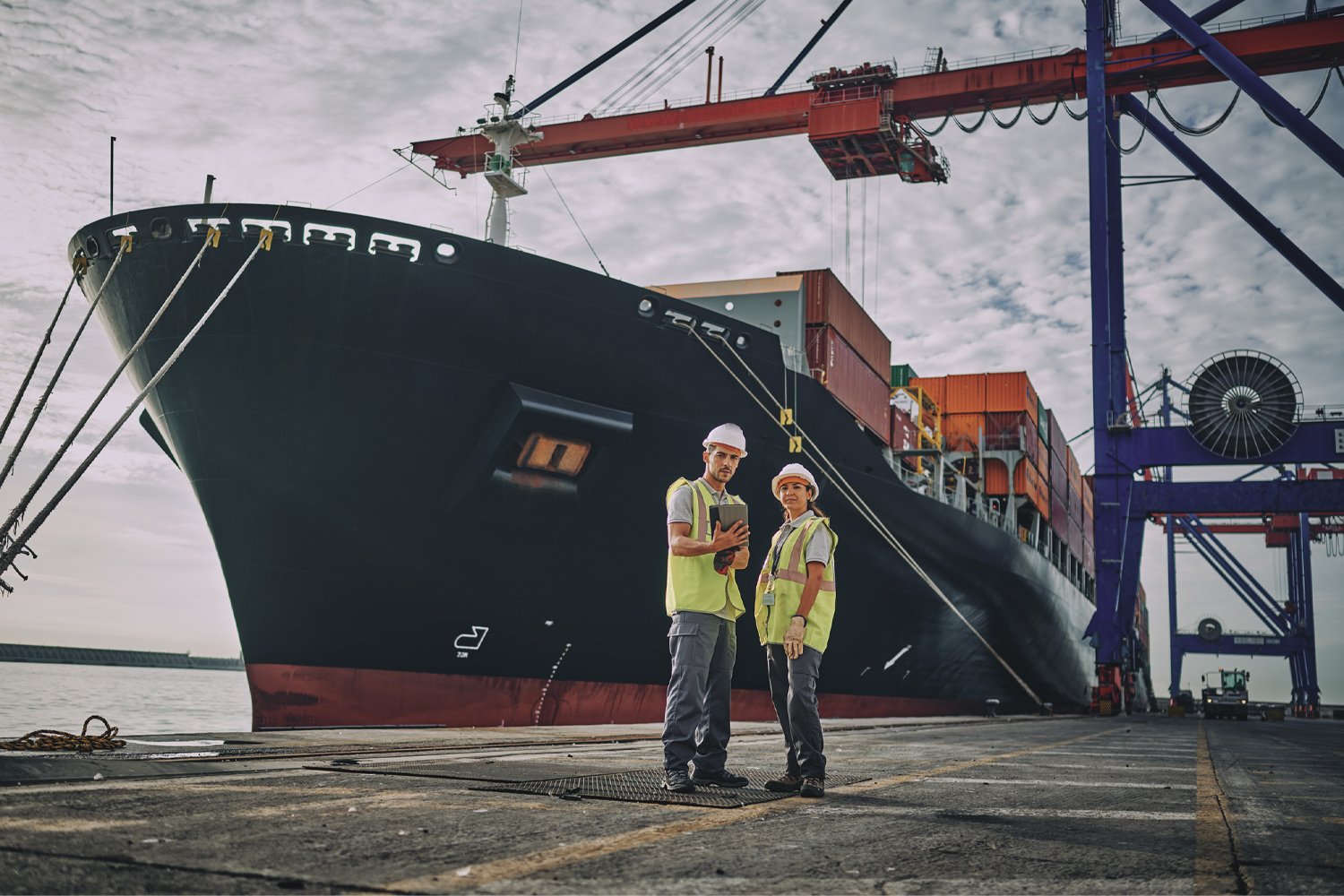 A full container ship can be as long as four football fields lengthwise, and able to carry up to 24,000 twenty-foot-long shipping containers stacked five or six high.

Right now, conditions for accidents are prime; the surge in exports/imports means ships are always full to overloaded and ocean waters are heavily trafficked, increasing the chance of a natural event called “parametric rolling": a violent rocking motion caused by waves which result in blocks of shipping containers falling onto the deck of the boat or into the water.

Designing a ship to withstand the “rolling" and retraining crews to interrupt the effect, would be expensive, but would worth it, considering the world's continued need to ship goods.

Until crews and ships are better equipped, location technology designed for supply chains can help to streamline daily processes making workers less vulnerable to last-minute decisions and assist when accidents do occur.

Where are they now?

Taking months, and sometimes years, engineers work to piece together data from shipping container accidents in order to satisfy logistic companies, insurance firms, lawyers, and brands who lost their goods.

But, as always, the best solution is prevention.

It's critical to identify the events surrounding “stack collapse". With HERE Asset Tracking, supply line managers can gain access to comprehensive real-time data, improve visibility (both indoor and outdoor, and offline or online), and increase overall efficiency without compromising safety: 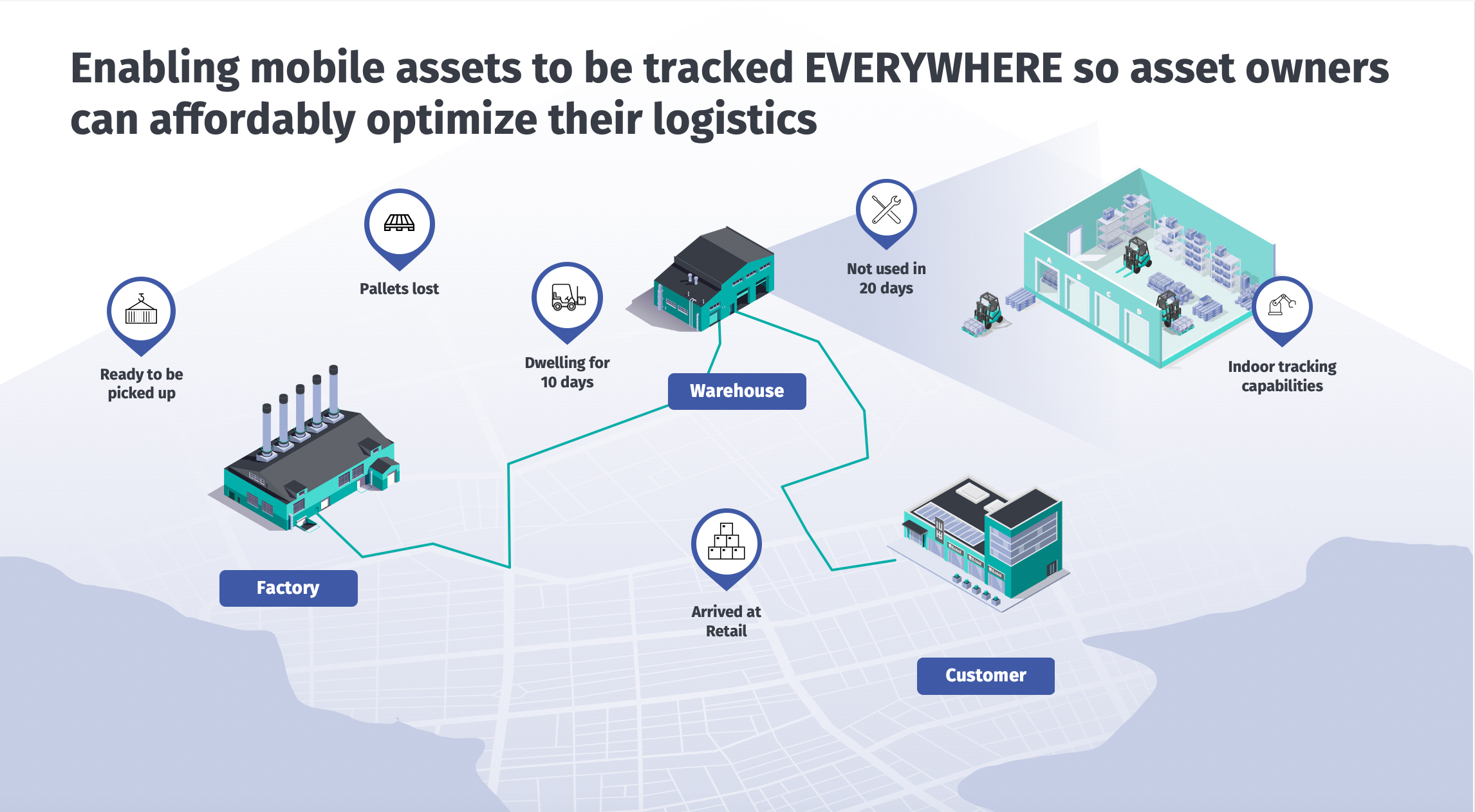 Leaving shipping containers floating in the sea creates a navigation risk for smaller ships. Not only that, but they could also contain dangerous cargo, and/or polluting products – plastic pellets, for example.

In the event of such accidents, location-enabled asset tracking can provide real-time data allowing all parties involved greater insight into the precise location of the mishap, increasing the potential for recovery.