Contactless delivery is booming during COVID-19 – and drones are playing a vital role in ensuring businesses and customers interact as little as possible.

Drones are taking to the skies in unprecedented numbers during the pandemic to deliver essential goods and medicines to communities under lockdown. At the heart of the boom is location technology, the crucial element of autonomous flight.

In Canada, some First Nations communities currently isolated and cut off from the rest of the world are banking on drones to provide them with vital supplies. And it's a model that's being replicated around the world, from the Australian outback to rural outposts in Ireland.

In the United States, CVS and UPS are joining forces to use drones to deliver prescriptions to residents of a Florida retirement community. And Alphabet's drone delivery company Wing reports a “significant" increase in demand in recent weeks. Its drones are being used by FedEx and Walgreens to deliver to self-isolators during COVID-19. 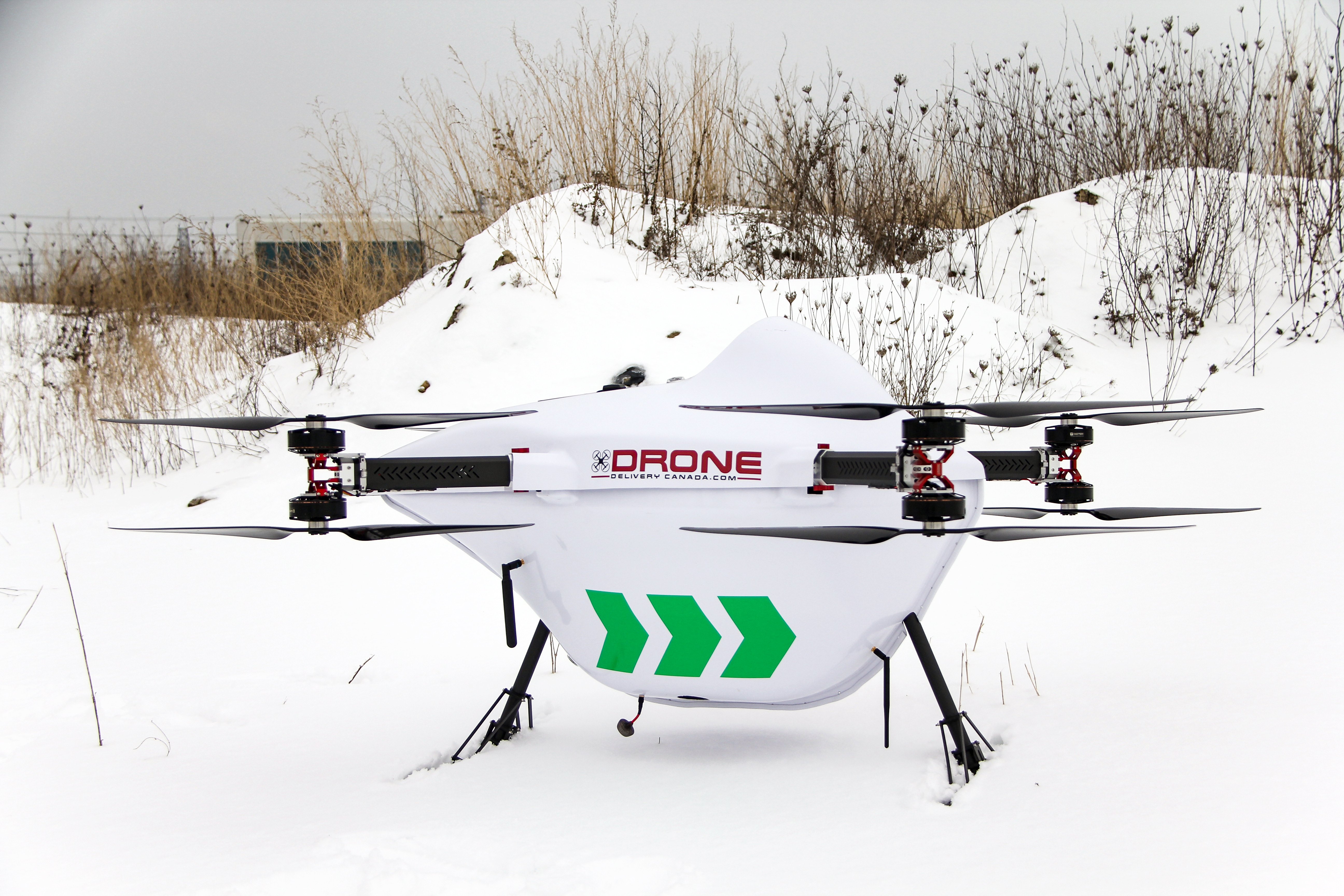 Michael Zahra is the CEO of Drone Delivery Canada, and has seen demand “easily triple in terms of activity specific to COVID-19." As well as running a fleet of drones, his company specializes in the autonomous software that powers these flying delivery machines.

In recent weeks, his company has been focusing on resupplying cut-off communities in the most remote parts of Canada.

“I was on a first nation community at the weekend in Ontario. They're on an island and they're very cautious and worried," he told us. “I don't think people really understand the severity when it hits that kind of community."

While governments around the world are working hard on getting personal protective equipment to healthcare workers and rapidly developing vaccines this isn't much good if, as Michael points out, “you can't get those supplies to the people."

So that's what his company is doing: using drones to keep the  supply chain going. For these rural populations, hundreds of kilometers from their nearest neighbors, when the roads are closed to cars and trucks, the ferries stop running and there's no aircraft flying, there really is no other option than to send in the drones. “It's a perfect use case," states Michael. “They're timely and reliable and you don't have to wait for a driver or a pilot. If they need things urgently you've got that immediate response with low person-to-person contact."

“It's really an industry that's just starting. Certainly, COVID-19 has raised the profile. When it's over, some companies are going to look at drone logistics as a back-up business continuity system."

He also points out that using drones is often faster, easier and cheaper. He uses delivery in a large city as an example: “If you're moving something from, say, one side of London or Toronto to the other it could take hours if you're stuck in traffic. If you go by drone, you don't have to worry about delays. You've also got a consistent supply chain. It's going to be 10 minutes all the time."

As well as sending vital foods and medicines to rural communities, Drone Delivery Canada's special fleet of drones are specially designed to transport delicate and time-critical cargo, like blood samples, biologicals and defibrillators, safely in temperature-controlled cargo bays between hospitals and labs.

Automated drones require sophisticated location technology to fly unmanned in active airspace. And there are many factors to consider: weather, altitude, landing zones and other traffic, as well as contingency plans if things go wrong.

“We focus on the overall system," explains Michael. "It's automated drones, battery management systems, automated depots the drones fly between. Then we've got a software system called Flyte that wraps it all together and allows us to fly unmanned, autonomously in active airspace. It's got logistics scheduling, repair and maintenance logging. It's a full software system.

“The flight software is also doing all of the flight planning. It runs unmanned automatically from point to point. We monitor all our drones centrally from here in Toronto, globally. We can see where the drone is, and receive 400 data points per second on temperature, location, flight, winds etc. If there's an issue in the local air space, we can manually take control of our drones anywhere in the world. Otherwise the system runs automatically by itself."

Discover how HERE's rich and precise location services could help your business.