Skip to main content
HERE360 blog
Using GPS to extinguish wildfires, and the fixes we face in the future
4 min read 20 August 2018

Using GPS to extinguish wildfires, and the fixes we face in the future

With record-setting wildfires in California and more on the way, GPS technology is proving how governments and firefighters can save lives and safeguard property.

California is currently battling its largest wildfires in state history with more than 820,000 acres of forests, homes and communities burned and plenty more in the years to come, according to the US Geological Survey (USGS) and nonprofit research group Headwaters Economics.

Thankfully, the nation’s third largest state saw this one coming.

The need to put better technology in the hands of rescue workers is something that analysts, governments, and relief organizations have known for decades. Communication systems are bringing advanced, real-time information to the people who need it most – GPS can literally save lives.

Or put them at serious risk, even still. Last year, during another round of record-breaking fires, mapping apps were directing California drivers into dangerous areas by overriding safety calculations for speed. The Los Angeles Police Department issued warnings about following the nascent technology into another kind of bright light.

GPS to the rescue

According to the US government, search and rescue teams have been using GPS, geographic information systems (GIS), and remote sensing technology to create maps and assess damage for decades. From tsunamis to hurricanes, managing time and resources during a natural disaster is potentially more potent than manpower.

For wildfires in particular, advocates have called such real-time situational analysis the “holy grail of wildland firefighting.”

To contain and manage forest fires, aircraft combine GPS with infrared scanners to identify fire boundaries and "hot spots." Within minutes, fire maps are transmitted to crews on the ground. Real-time location data could also show live video from an air attack or drone orbiting above. In Colorado, for example, the Center of Excellence for Advanced Technology Aerial Firefighting is beta testing a drone that would push the real-time video to firefighters’ cell phones.

The program could also display data from tracking devices from anyone on the ground, identifying location and fire status to better coordinate personnel and mobile equipment. The goal is situational awareness. 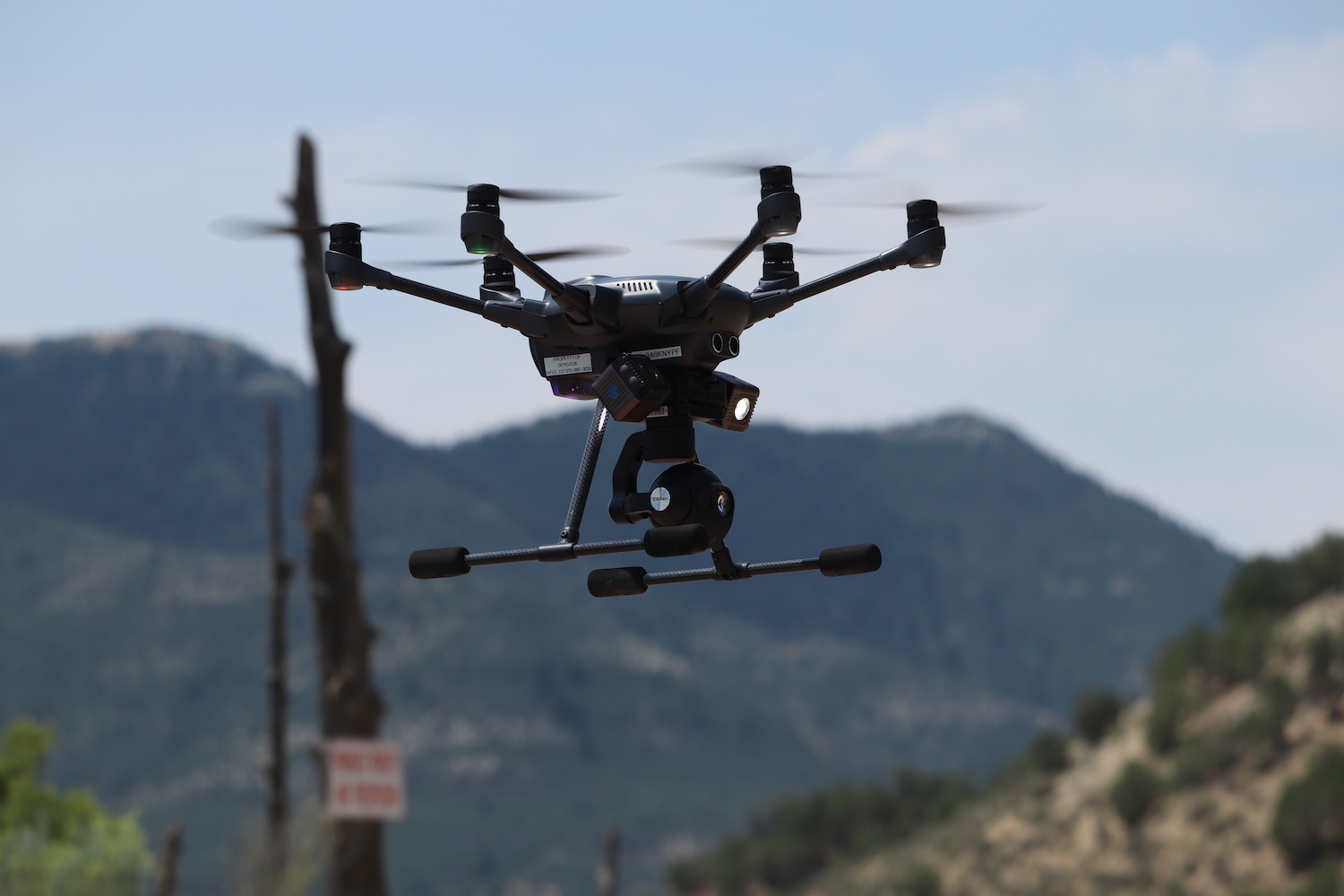 The Mendocino Complex Fire is currently California’s largest ever recorded, with 300,000 acres scorched and counting. In fact, three of the state’s largest fires started since 2000 continue to burn as of this post.

According to the USGS, it’s not a matter of “if” another record-setting blaze strikes; it’s having the fire science ready when it does. As the sole science agency for the Department of the Interior, the organization’s study of fire patterns and history are critical to restoring fire cycles that will safeguard lives and property. Fire science, from data collection to application, drives our training, tools, and protocol according to the nation’s largest water, earth, and biological science and mapping agency.

The USGS also manages the GeoMAC Wildland Fire Support site where users find real-time information on individual fires such as its name, acreage, and direction if it’s on the move. Data is updated daily from incident intelligence sources including GPS and infrared imagery from fixed-wing and satellite platforms.

Time is critical in any rescue operation. From Hurricanes Katrina and Rita, to earthquakes in Malaysia, to California wildfires, the speed with which emergency services can respond is often correlated to their chances of saving lives. GPS, mobile communications, and real-time intelligence continue to serve a vital role. Just as nearly 90 percent of wildfires are caused by humans, it will be our solutions and technology that will ultimately put them out.