Carmakers are making incredible advances when it comes to autonomous technology, but the first fully autonomous vehicles to hit the roads may actually be trucks, with the transport behemoths proving naturally suited to self-driving technology.

Self-driving vehicles cram in an incredible amount of technology. There's LiDAR, radar, a huge array of different cameras and other sensors, mapping and GPS and a computer that has to make sense of it all. If it's electric you then need bulky and heavy batteries and motors, and all this can be difficult to package in a car that's already designed around its passengers.

Trucking is different, and when you're towing a trailer that weighs tens of tons, where there's no need to be able to fit in a regular sized garage or in a parking space, adding extra technology becomes a whole lot easier. There's far more space, for starters, making it possible to add much bigger batteries for a useable range, and an extra few hundred kilograms won't make anywhere near the same sized dent in efficiency or performance as it would on a much smaller, lighter vehicle.

The latest ADAS features offer the ability for cars to drive themselves at a set distance from the vehicle in front; they can steer, change lanes, brake automatically and even park themselves, but the biggest challenge is likely to come in cities, where there are millions of pedestrians, erratic drivers and more obstacles to get to grips with. 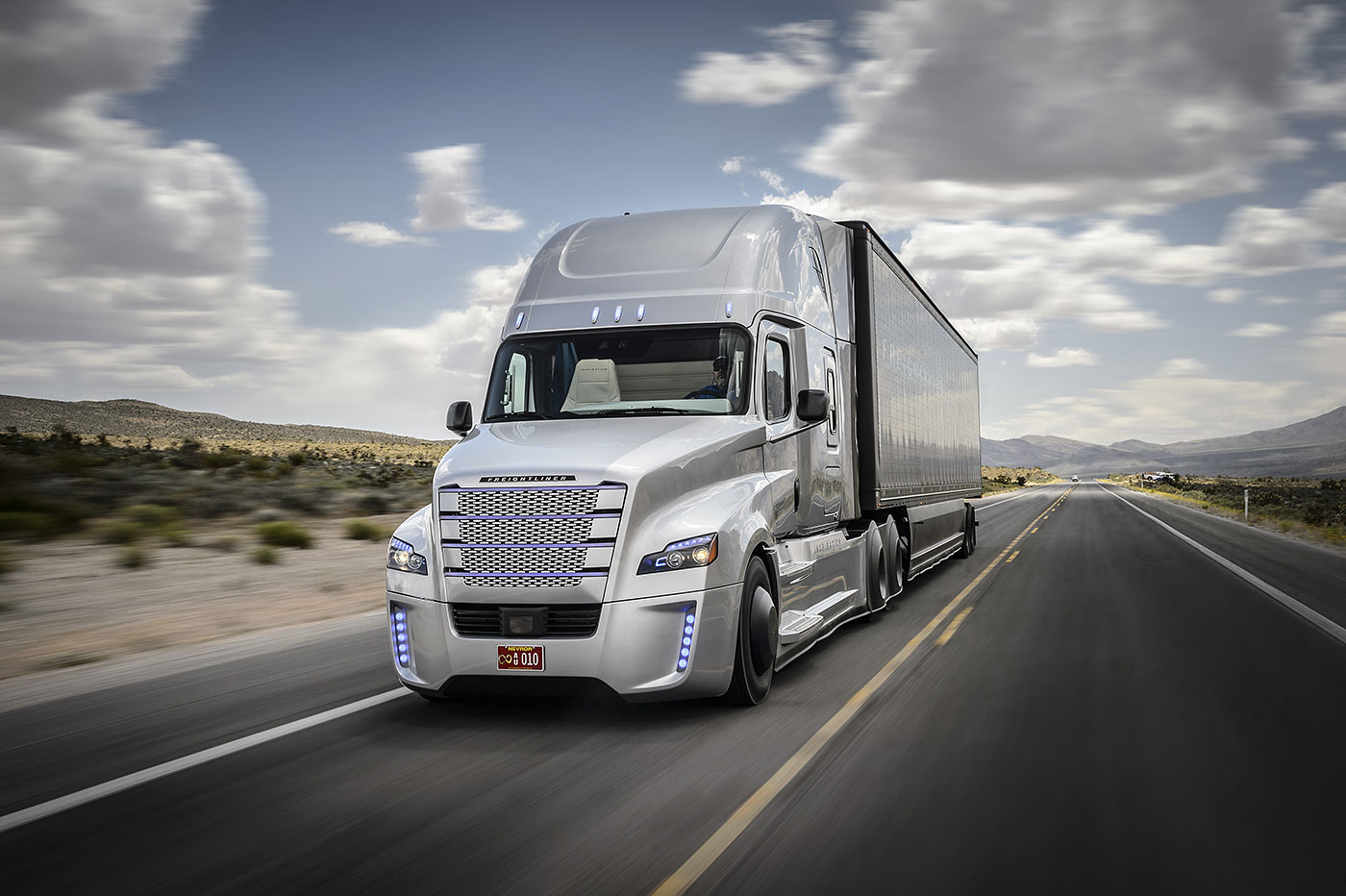 Because of this, there's a good chance we'll see autonomous vehicles driving on motorways first where there are fewer variables. Vehicles can only drive in one direction and (generally) in designated lanes, there are no sharp turns, and there are generally no pedestrians. It's an environment that's a lot more predictable, and it's also an environment where most fleets spend the majority of their miles. Trucks are big, not particularly manoeuvrable and they're designed to carry goods over long distances, and as such they're an ideal match for motorways and early autonomous technology.

With drivers also parking up for the night and sleeping in their cabs, rather than stopping at service stations for a quick top up and toilet break (like the typical car driver), even electric charging doesn't need to present the same issues, and the ideal stopping points could easily be programmed into the route.

Unlike the majority of regular drivers, fleet managers will go to great lengths to cut fuel consumption, whether that’s by lowering top speeds, optimising routes or even buying the latest, most efficient trucks, and this is an area where autonomous technology can truly shine.

Self-driving trucks can use mapping and real-time data to pick the most fuel-efficient routes, adapting those routes depending on traffic. Add in the ability to communicate with other vehicles, along with sensors that enable trucks to see things the human eye may not, and autonomous vehicles will be able to slow down and start conserving fuel long before they hit a traffic jam, picking the optimum time to start accelerating again.

All this will help autonomous trucks to save fuel when compared to their more traditional counterparts, and even if it's only a couple of mpg, when combined over millions of miles and hundreds or even thousands of trucks, the difference could save millions of pounds for fleets.

The correlation between fleets and watching the pennies when it comes to fuel doesn't mean that companies aren't willing to spend money where it matters, and this could also help autonomous trucks to steal a march over smaller vehicles.

Lots of drivers will naturally baulk at the thought of paying top money for the latest technology, but the initial purchase price of a truck often pales into insignificance when compared to the cost of running it for hundreds of thousands of miles. If an autonomous truck can save money when it comes to fuel efficiency, absorbing the purchase cost, lots of businesses will be happy to pay more for a truck that can drive itself.

It looks like companies won't have to wait for the autonomous revolution, either, with the Freightliner Inspiration Truck already approved for operation on public roads in Nevada, and the Mercedes-Benz Future Truck 2025 truck highlighting self-driving capabilities for production vehicles by 2025.