With news that two out of three strains of polio have been eradicated globally, we look at how Nigeria stamped out this disease and discover how location technology was central to its success.

In October, the World Health Organisation (WHO) announced that the type 3 wild polio virus had been eradicated worldwide with no reported cases since an outbreak in Nigeria in 2012. Of the three strains of the virus, only type 1 now exists: type 2 was declared eradicated in 2015. To give the importance of this some context, the only other disease eliminated in the history of mankind is smallpox.

It's a significant step forward in just 30 years: outbreaks of wild polio virus have decreased from 350,000 cases in 125 countries in 1988 to just 33 reported cases in 2018. Today, the type 1 strain of the virus is only found in two places on earth, Afghanistan and Pakistan. The WHO estimates that 1.5 million childhood deaths have since been prevented – and 18 million people can walk who would otherwise have been paralysed.

Dr Tedros Adhanom Ghebreyesus, director-general of the World Health Organization says: "The achievement of polio eradication will be a milestone for global health. Commitment from partners and countries, coupled with innovation, means of the three wild polio serotypes, only type one remains.

“If we stopped now, the virus would resurge and could once again cause more than 200,000 new cases every year," said Ghebreyesus. “We must stay the course. Together, we can make sure the children of the future only learn about polio in history books." 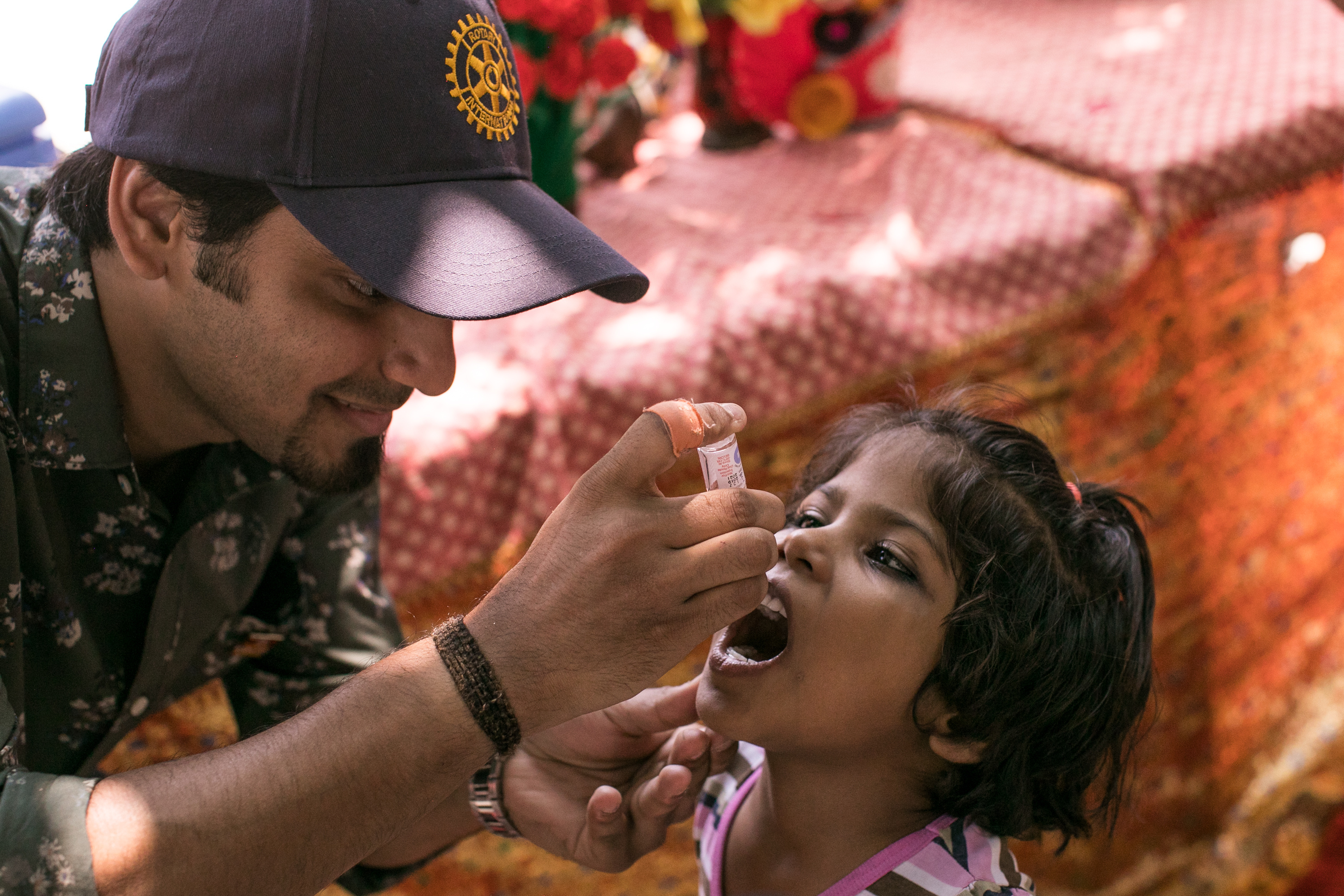 Polio has been eliminated in all but two countries in the world, Afghanistan and Pakistan (Image credit: Rotary International)

There are of course many factors at play in the fight against the disease – but an unlikely victor is the humble map and the powerful data-rich stories it can tell. I first came across this fascinating fact while watching the insightful Netflix documentary Inside Bill's Brain: Decoding Bill Gates. A large focus was on Gates' work through the Bill & Melinda Gates Foundation, the philanthropic organisation he and his wife set up to solve some of the world's most serious issues. Polio was high on their agenda and together with Rotary International, the WHO, UNICEF and the Centre for Disease Control and Prevention, formed the Global Polio Eradication initiative (GPEI).

The last place on earth with type 2 polio was Nigeria. As Gates notes in the documentary, teams would go from village to village in remote, rural regions of the Nigerian countryside administering the polio vaccination. The problem is, they had to rely on hand-drawn maps, sketched from memory and often missing whole villages. Thousands of children would go unvaccinated and this highly contagious disease would rage on.

That is until the GPEI discovered that location technology could hold the key to eradication success. With funding from the Gates Foundation and Rotary International, biological science was teamed with technological science to change the approach to vaccination delivery, surveillance and eradication.

Using satellites, GPS tracking and mapping software to create Geographic Information Systems, the data was analyzed and turned into highly-detailed maps. Armed with this geospatial information, administrators could now see a more holistic picture showing where outbreaks were, which villages had been missed and the number of teams that had to be deployed to contain it. It enabled more practical elements to vaccination, too. They now didn't have to go blindly into the unknown. They could tell there was a river they needed to cross, a hill to climb – and it allowed them to accurately plan routes between settlements.

As Gates says on his blog: “Our understanding of polio's geography has grown. The maps health workers are using today are detailed and full. In fact, today we not only know where the at-risk populations are – increasingly, we can predict where the disease will be. Even before it infects people."

He added: “It used to be that we could only identify a polio outbreak once children started showing up paralyzed. Today, though, we have health workers monitoring the sewage – where the polio virus can survive. Monthly – sometimes weekly – they take samples and send them to labs in 70 different countries. If the labs find traces of the disease, the vaccinators know where to go next – and they can immunize people before the virus infects them."

Fittingly, at the start of a speech Gates gave to Rotary International in May 2019, thanking them for their efforts in the fight against Polio, he used an interactive map of the world to show how the global picture of polio has changed in just three decades. From a sea of red in 1988 to a handful of dots in 2019, a really powerful story was presented simply.

HERE understands the importance of using next generation location technologies to solve the world's biggest problems. The tools we create don't just help navigate the world, they provide data-driven insights that can improve how we live in it, too.