As our vehicles move steadily along the path towards automation, more and more systems in your car will start to offer assistance. We think that the most exciting of these will leverage high-definition maps to supply geographical intelligence.

The industry calls these helpers Advanced Driver Assistance Systems (ADAS). You’ll have come across them before. They include safety aids such as Lane-Departure Warning systems or alarms that activate when they detect the signs of drowsiness. And aids that aim to make driving a car just a bit easier and less stressful, such as Cruise Control or parking proximity sensors.

In general, these systems use sensors inside and outside of the vehicle which might include cameras, radar, and ultrasonic beams. The next wave of ADAS features, however, will get their information elsewhere. “There is a growing trend for ADAS to rely on data input from sources other than local sensors,” says ABI Research in a recent report on the area. As one of the most important of these sources, HERE maps will either supply the data, or supplement the data from sensors, to power the next generation of ADAS.

So what sort of features might the addition of map-data allow?

If your car knows about the turns ahead, then it can make intelligent decisions about how fast you should be driving and when it’s a good idea to change gear. This can make for a smoother ride, but more importantly, it results in meaningful fuel savings. To give one example, you should reduce speed before descending a hill, not once you’re on the way down, to avoid frictional losses in the engine. Commercial vehicles such as Scania trucks have implemented these types of systems already, with substantial savings as a result. 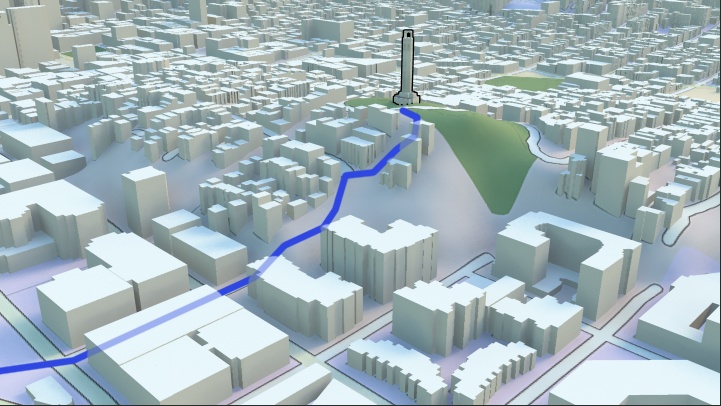 This predictive feature offered by the availability of a precise map could also help more conventional adaptive cruise control systems, of course.

We’ve covered advances in headlight technology recently. To improve visibility, and thus safety, a map-aware car with motorised headlights can start turning your headlights into a curve as you approach. Similarly, knowing the road heights ahead from the map, it could raise and lower the beam height before you drive up and down a hill, respectively, to give better visibility and avoid dazzling the drivers of oncoming vehicles.

Cameras that can read road signs are already available for some cars. It’s also possible to link a vehicle’s maximum speed to what those cameras see on the speed limit signs. That’s very useful until the sign is covered in snow, defaced or knocked down in a recent accident. HERE already has map data which includes the legislated limits for traffic speeds. Link that data to the vehicle’s speed limiter and significant safety improvements could result, not to mention the reduction in speeding tickets.

Existing systems for alerting drivers when they’re straying out of their lane make use of front-facing cameras that spot road-markings. Like road-sign recognition, this is fine until the markings are obscured by bad weather, worn away before the local authorities can refresh them, or the camera itself is pelted with mud. High-definition maps know exactly where the lanes are, though, down to centimetre accuracy and could alert drivers of any deviation without the use of cameras. 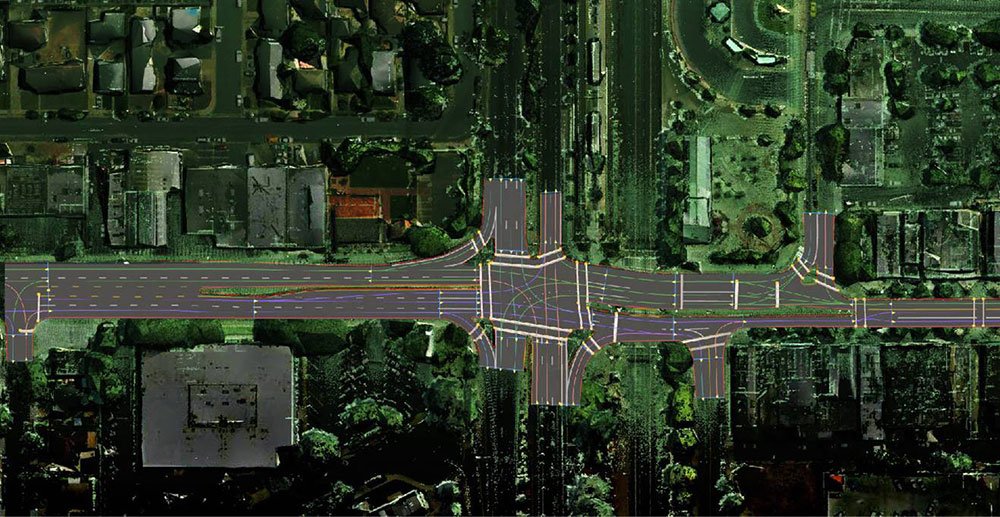 The road to autonomy

Right now, the ability for cars to do things like read road signs or lane markings, or to automatically raise and lower your headlights, is pretty much a convenience, or an extra bit of reassurance. If these systems fail, then it’s annoying but it doesn’t mean that you’re in much extra danger of crashing your car.

What makes them very exciting, though, is the way that they are paving the road ahead to semi-autonomous and fully autonomous vehicles. Autonomous vehicles will need much more rigorous and reliable controls than a camera looking out for road markings: people would, quite rightly, be very anxious about getting into a self-driving car that needs perfect accuracy from such a camera and ideal road conditions for every journey. They’ll need the assurance that a highly accurate, self-healing map will provide.

The ongoing creation of map-based ADAS systems today, as conveniences, will make it both easier to transition to autonomous cars, and instil the trust that will be necessary for their success.

To learn more about ADAS and autonomous cars, visit us at CES Central Plaza, Booth #CP-2.