HERE WeGo has incorporated feedback from users to improve and add new features – and help to refine the app is still needed.

HERE WeGo, a navigation tool that serves as an alternative to Google Maps, has improved for the better thanks to user feedback.

And we now have new partners, including Ryd, a fuel payment service, which can be accessed through HERE WeGo.

“When you visit a gas station and top up the fuel in your car, you can then call up the Ryd application from inside HERE WeGo and conclude the transaction," said Andrei Dmitriev, Product Manager at HERE.

Almost 50,000 messages came in during 2021 with suggestions. One of the most requested features since a new version of HERE WeGo was released last year was for the app to become available on Android Auto.

Dmitriev said the team has listened, and a beta version can already be found there. This summer, it is hoped the full version will be ready for Android Auto.

Another addition in response to user requests is the inclusion of right-to-left Arabic and Hebrew languages on the app. Following that, the team is working on bike implementation, another key adjustment that users asked for.

Users can also set a speed limit for their vehicle in HERE WeGo. “If the vehicle goes over that limit, the app will send a warning," Dmitriev said. 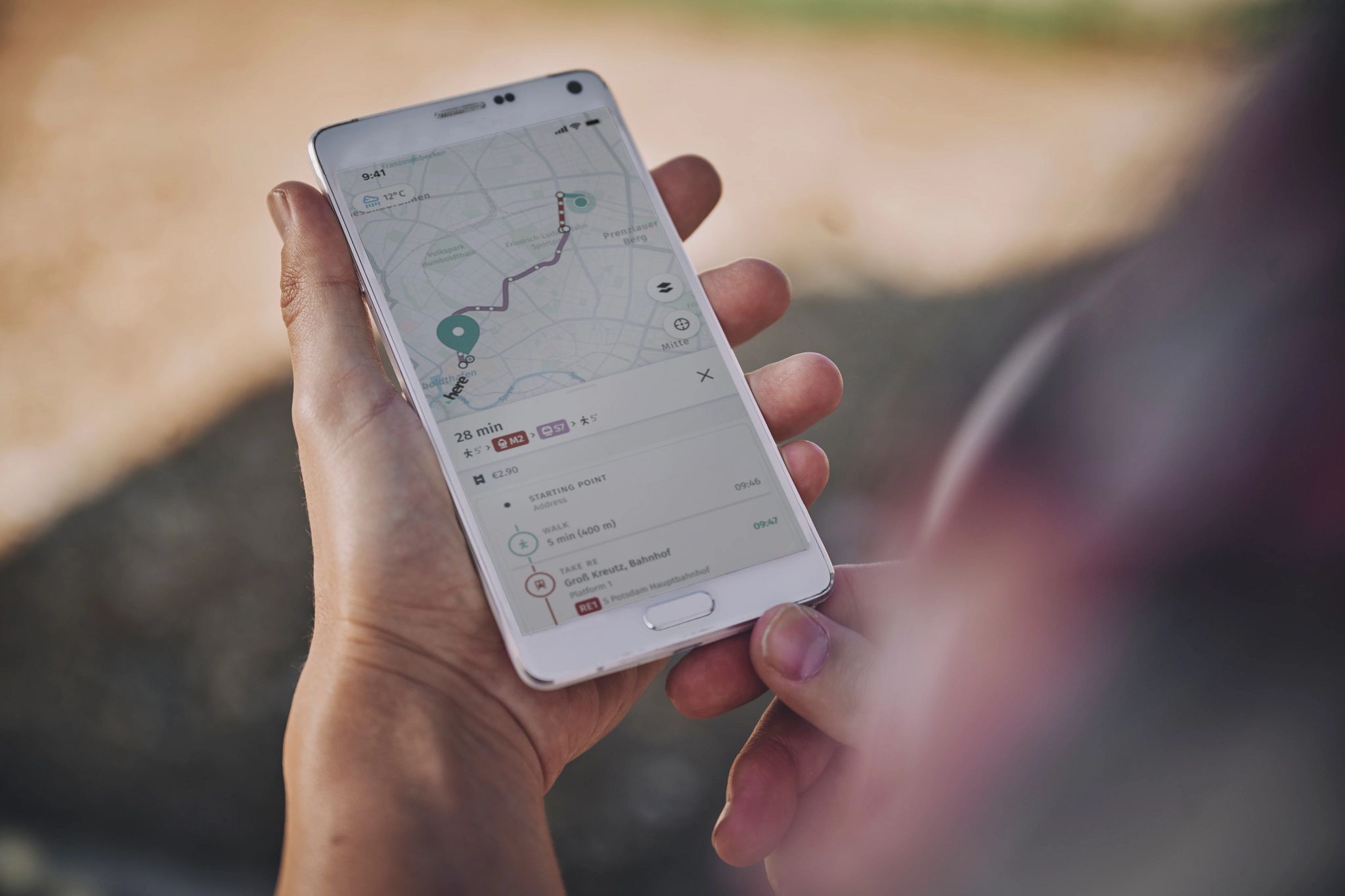 The app continues to evolve. A new web-based version is planned for later this year, and as new requests and updates come in, further enhancements are being made.

“Feedback about maps and functionality is welcome," Dmitriev said. “We very carefully and diligently process, check and apply that feedback to make our products better."

The team recently tested the Android Auto compatibility in the field by traveling from Berlin (Germany) to Szczecin  (Poland), bringing with them donations to support the Ukraine relief efforts in the country. All the donations were from HERE Berlin employees and collected in the weeks prior to the field test.

The free app, which is available on iOS, Android and Huawei, is the latest incarnation of our city navigator.

Those who want to take a more active role in shaping the future of the app can download the beta version and follow our HERE WeGo Team on Twitter.