Commuting? You're changing your city more than you think

Commuting has always shaped how cities are settled and developed. And now, transportation technologies create opportunities to build sustainability and connect with community.

It's loud, exhausting and sometimes smelly. But the truth is, commuting influenced the way your city was settled, developed, and the way technology responded to demands for transportation.

How you get to work and back is more than just a routine; British workers spend one year and thirty-five days of their lives commuting; New Yorkers—319. In some parts of the world, innovative transport technologies help breakdown economic disparity and encourage community engagement.

So, let's take a look at how commuting helped form our greatest cities, unites communities and what it might mean in the future.

Connecting the rich and the poor

By the early 20th century, rail networks transported masses of people from the city to the outskirts. Little neighborhoods, or suburbs, were formed around the rail stations and commuting, as we now know and love, began.

Today, many of these "villages" remain sites of affluence. Consider The Main Line suburbs of Philadelphia, the “Stockbroker Belt" west of London, and Saint-Germain-en-Laye near Paris. 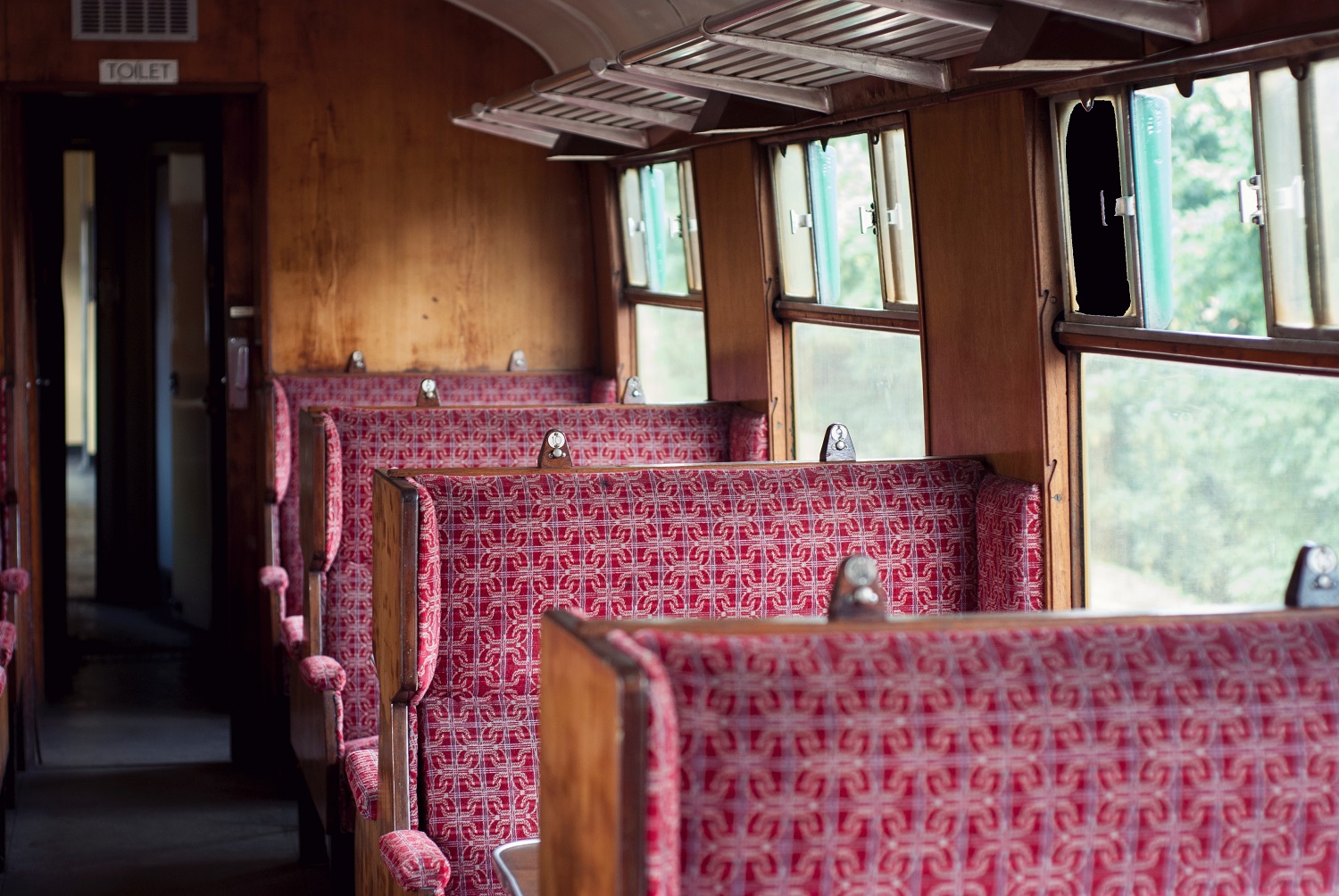 The word “commute" comes from a “commutation ticket": a reduced-price rail ticket that combined the price of multiple daily tickets “commuted" into a daily payment.

The electric streetcar, first launched in 1888 in Virginia, provided a much needed social equalizer. Within a few years every American city had at least a small trolley network.

Streetcars allowed the middle class to leave crowded tenements as new neighborhoods, known as "streetcar suburbs", developed. Later, elevated trains and subways meant that the working class could commute up to eight miles in a half-hour.

In the 1980s and 90s, Medellin, Colombia, was overrun by violence initiated by drug traffickers and paramilitary groups. Extreme poverty plagued the majority of the community. Comuna 13 was particularly bad.

Every day, after working for a meager income, residents had to climb the equivalent of 28 stories home. The mountain's steep incline made vehicle access impossible, leaving the community isolated and vulnerable.

In 2011, Architect Carlos Escobar came up with the idea to install a giant escalator. Orange-roofed and made in six-sections, the journey takes just six minutes from bottom to top.

But, the "stairway to heaven" has removed more than just a debilitating hike.

By implementing a creative public transport solution, Escobar helped eliminate gang related crime and create space for community engagement. "It is really beautiful because [since] the construction, we [have] never heard anything about violence in this place. It has increased the pride of the community." 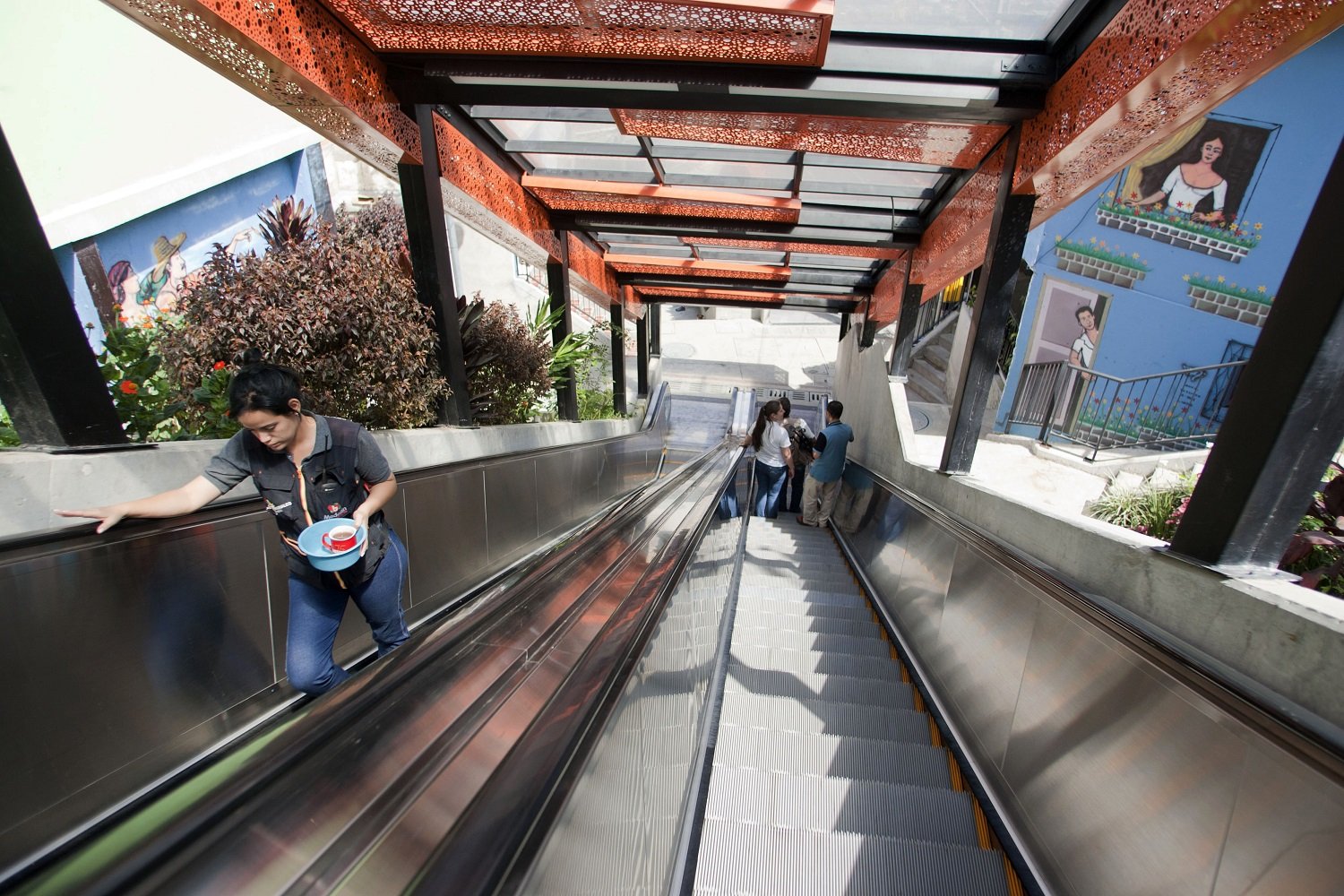 A giant escalator turns exhausting treks into pleasant rides for thousands of people living in Medellin.

Now, mobility is not either/or: it's and, and, and

Living in cities has always been expensive. Increasing numbers of people reside outside of urban centers and rely on public mobility options to get to work.

Increased demand can result in traffic congestion, accidents, delays and heavy pollution. Not to mention a feeling of isolation as those who face economic barriers are continually limited by expensive public transportation.

City officials aiming to solve commuting, and socio-economic issues, are more likely to succeed when they improve and promote the infrastructure at hand, and combine it with technology:

Mobility options, combined with innovative thinking and technology, have the potential to shift our cities from congested, disconnected and dangerous to sustainable and engaged.

By prioritizing funds for public transportation, bringing high quality mobility services to all citizens and creating a sense of equality.

Want to read more about new commuting options in your city? Find out how we at HERE Technologies can help improve your commute and help shape your city.