Being able to be true to yourself and your identity without fear of discrimination, in any environment, is a human right.

Fortunately, as a woman who identifies as part of the LGBT+ community, I write for HERE Technologies - who acknowledges and actively works to create a discrimination-free workplace.

Our efforts have not gone unnoticed.

In fact, we received a perfect score.

This achievement marks the seventh year for HERE North America, and the first year for HERE Mexico, in earning perfect evaluations on HRC's Corporate Equality Index.

More than just an award, this recognition symbolizes HERE's enduring support, not only of HERE LGBT+ employees, but international LGBT+ communities as well.

HERE we get liberated

For HERE León Mexico employee Michelle Tellez, being herself at work was more than just a relief, it was a surprise: “I accepted myself (barely) in June 2017. I started thinking about… going into hormone replacement therapy... I felt I was going to be fired from work."*

In 2003, Mexico prohibited discrimination against LGBT+ people. In May 2019, their supreme court made it legal for trans people to change their gender on official documents. But despite legislation, intolerance is an ongoing challenge.

Because of this, it wasn't easy for Tellez to face co-workers unfamiliar with the term “transgender" but to her surprise, she was bolstered by colleagues who, “…took my hand and didn't let me fall, they gave all the possible support. They even put in a mixed bathroom so that I had no problems…"*

HERE is committed to creating an inclusive culture and to building, and maintaining, working environments where everyone feels like they belong. At HERE, everyone is an equal member of the team:

“We are proud that the Human Rights Campaign Foundation continues to recognize HERE Technologies as a great place to work for LGBT+ talent," says HERE CHRO Kelley Steven-Waiss. “At HERE, we take every opportunity to encourage diversity, promote equality and create an environment where all our employees belong and have the opportunity to thrive."

Let's take a look at some of the other ways HERE has contributed to LGBT+ initiatives in 2019. 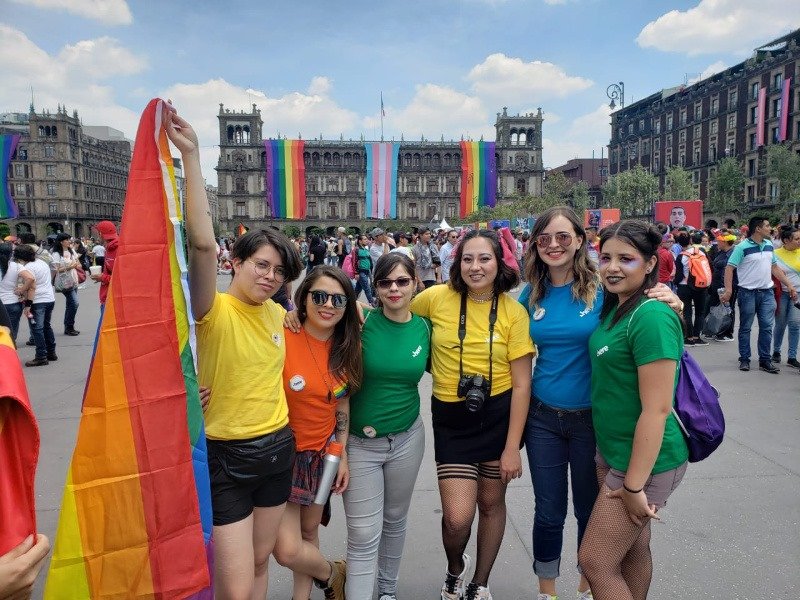 HERE is committed to creating and sustaining a workplace where everyone feels like they belong.

“When I heard that HERE PRIDE was created," expressed Tellez, "I immediately raised my hand to be part of it. Well, many things have happened since that day…"*

“Working for HERE, allows you to be true to yourself and not having to hide who you are,” explains HERE Chicago employee David Graham, “I like that HERE's Senior Leadership values the importance of PRIDE Chicago and allows us to share our culture with our colleagues through various volunteer and education events.”* 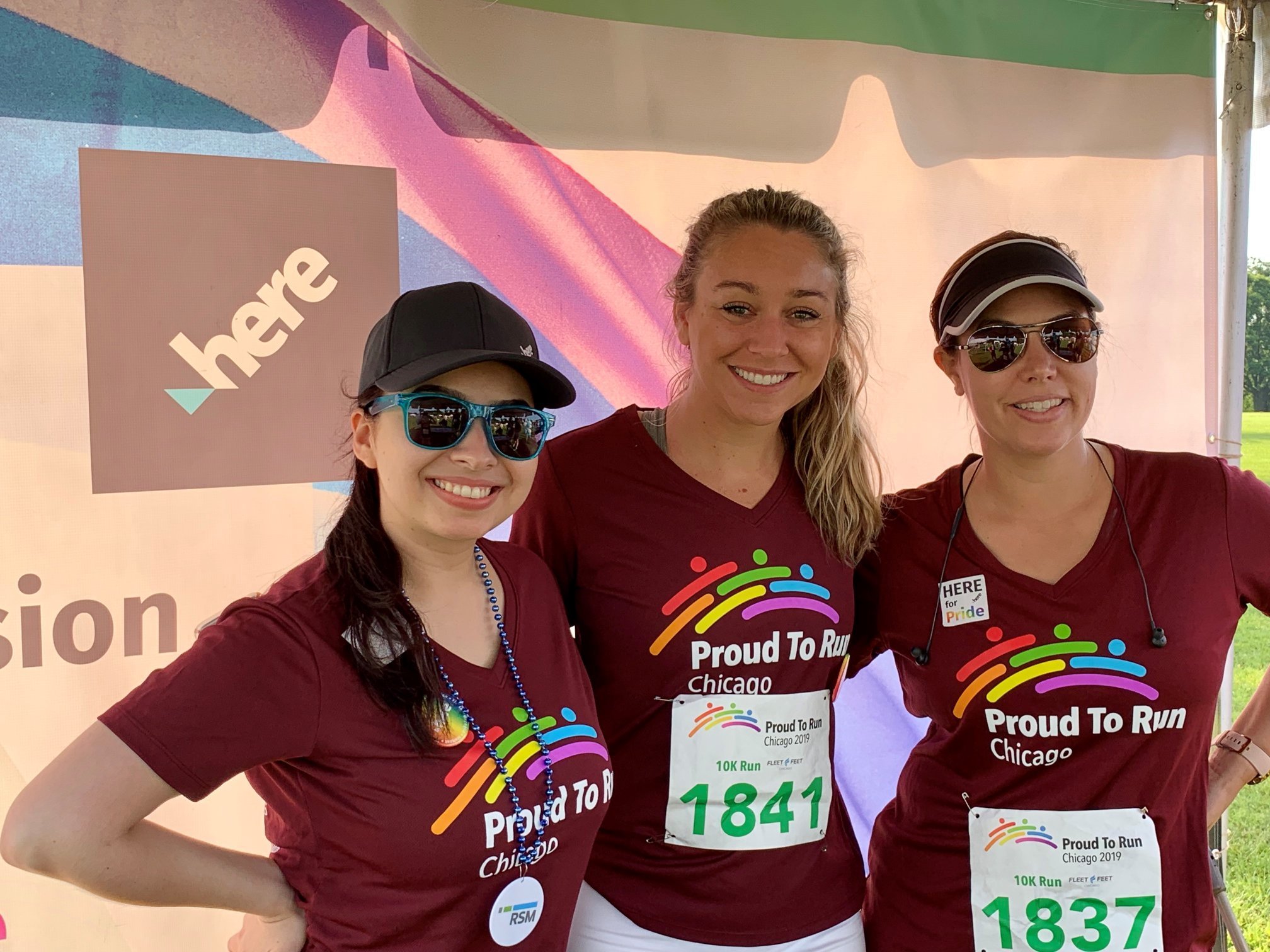 Helping to build stronger workplace connections is a priority; and it begins with ensuring that everyone, feels supported.

“…I deeply thank the company for that opportunity… I can simply say it was something magical. The fact that the PRIDE team exists at the León site is very, very important... At HERE they can be themselves even if they can't be that way out there."

HERE advocates for LGBT+ in the Supreme Court

Joining 200 major corporations in signing the “LGBT+ Friend of the Court" petition, HERE backs an initiative that works toward changing outdated legislation.

The document features three cases that could help determine whether LGBT+ people are protected in situations including employment, education and acquiring housing or healthcare.

Steven-Waiss adds: "We believe a culture where everyone feels they belong, strengthens our shared commitment, motivation, pride, resilience – and helps drive innovation to create the world we want to live in."

When more than half of LGBT+ Americans live in places where they can be fired, refused training or even harassed at their jobs, and 95% of LGBT+ Mexicans feel discriminated against, ensuring that LGBTQ+ people are represented and supported, in and outside the workplace, remains an critical cause.

HERE León employee Carlos Castro agrees: "Education is a pillar that can help us to properly understand and to generate empathy... Many people are still unaware of the issues that LGBT+ community are facing and the feeling perceived, at least in Guanajuato, México, is that it is better not to know. HERE Pride is open for everyone and it's an opportunity to learn and to be involved with our community."

We're creating a better future. And we want to do it with you.

Will you join us?

*Michelle Tellez, David Graham and Carlos Castro were interviewed via email in January, 2020.