The five different types of map and their uses

Part of the beauty of maps is that they can be used in a variety of different ways, from navigation, to establishing ownership, to presenting information. Read on as we take a look at some of the different map types and their uses.

According to the ICSM (Intergovernmental Committee on Surveying and Mapping), there are five different types of maps: General Reference, Topographical, Thematic, Navigation Charts and Cadastral Maps and Plans.

Think of a regular map, where cities and towns are named, major transport routes are included along with natural features like lakes and rivers, and you’ll be thinking of a general reference map. These are the maps that are ideal for helping you to get to your destination – they tend to be easy to read, and include street and tourist maps, and we can’t think of many better examples than HERE maps.

Topographical maps stand out from the other offerings by showing detailed elevation, with contour lines helping to map the landscape. Ordinance Survey maps are arguably the best-known type of topographical maps, but thousands of other mapmakers have created detailed alternatives, and even if you can’t see specific landmarks – lakes or roads, for example – it’s still possible to work out your exact location by following the contours and checking out the landscape around you.

Rather than attempting to map the landscape or help to show you where to go, thematic maps are designed instead to highlight information on specific topics. It could be anything from geology to population density or weather, and we’ve even seen thematic maps used to track the locations of whales. Companies like Esri use thematic maps to make a massive difference to businesses, governments and other organisations around the world,  combining geography with with information like our smart traffic services to allow more effecient decisions to be made. Unlike general reference maps, which can typically be read and understood by pretty much anybody, thematic maps may also require specific knowledge to understand.

Along with general reference and topographical maps, navigational charts are another invaluable tool when it comes to actually getting around, whether you’re at sea or in the air. Maps for the ocean are typically referred to as charts, and the same applies to air navigation mapping. The charts tend to include information that’s important to avoiding accidents – such as features in and around the water, like submerged rocks – along with any specific navigational aids. 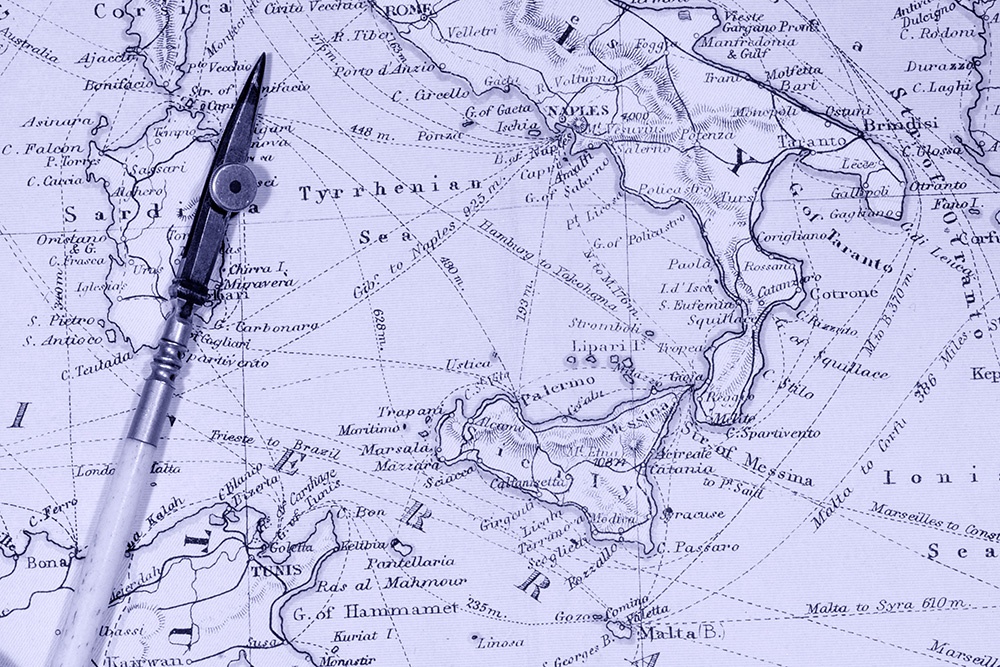 Cadastral maps are a lot more specific, and although they’re widely used, there’s a good chance you won’t see one every day. The plans map out individual properties, offering details like boundary information when houses or land are surveyed, and can be joined together to create much larger cadastral maps. You’re likely to see a cadastral map when you get a house surveyed, and town planners will also deal with them a lot. Perhaps surprisingly, cadastral mapping is one of the oldest forms of mapping, with ancient Egyptians known to have developed cadastral records to establish ownership of land after flooding of the River Nile.