Traffic information has changed a great deal over the past few years, and this is largely due to the way companies are using data. Now, as HERE embraces the use of rich sensor data from multiple car makers, we are beginning to see the development of the next generation of traffic services.

The initial wave of traffic services now seems almost antiquated. Data was collected from roadside sensors and cameras which monitor the speed of traffic, with induction loops used to count the number of cars passing over a road.

There were obvious limitations to this approach -- it was very expensive, and cameras can easily breakdown or be vandalised. They could also only capture information through a very narrow subset, so a traffic jam just out of the camera's view, for example, wouldn't be picked up.

In order to evolve from this approach, this data was augmented with new sources of information, namely floating car data.

During this second phase of traffic services development, data from fleet and commercial vehicles was being tracked by operators, with service providers buying that data to determine traffic conditions -- so, if a truck slowed down on a motorway, it could be determined that there was traffic on the road. This data was being reported every few seconds, which saw a significant improvement in traffic information.

That said, there's always room for further improvement -- and the third phase of traffic information saw the same floating car data being used, but on a much larger scale.

With millions of mobile devices in use within vehicles, there was far more data to gather, so this again augmented the data already being used, with the information available growing more detailed and sophisticated. For instance, by using location technology, more accurate information on traffic incidents could be reported as vehicles' speed changed or decreased. 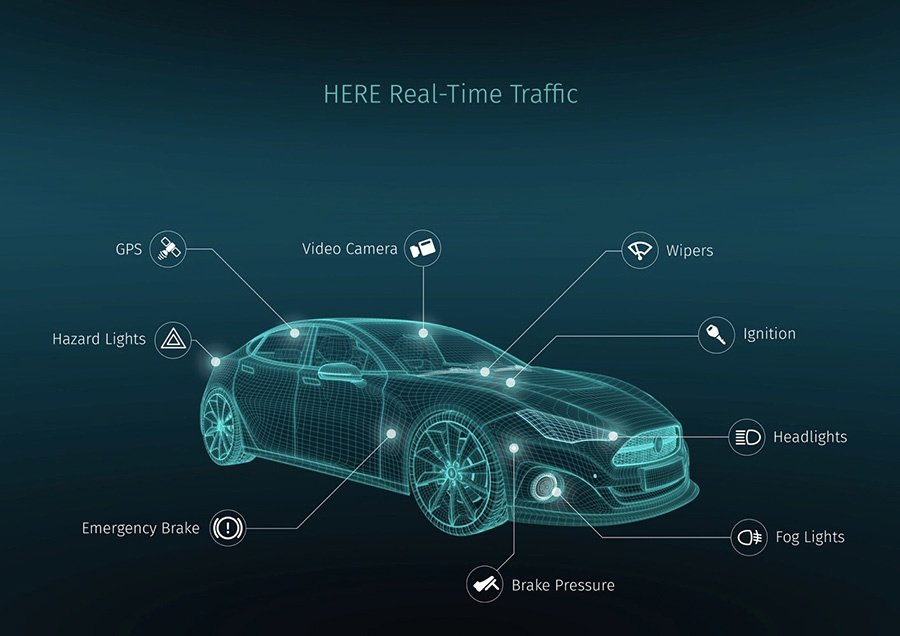 So, each phase has thus far represented a significant advancement in traffic information services. And now, with services like Real-Time Traffic, we are entering the fourth phase – so what does this mean?

The fourth generation of traffic services has been brought about by the availability and use of much richer data -- this time, probe data coming directly from vehicles.

By augmenting the previously-used data with data from these vehicle sensors, service providers can build a much richer picture of the potential causes of traffic congestion. For example, signals can suggest a road is slippery, which tells you that traffic build-up might be because of icy roads, or a sudden braking incident can suggest there's been an accident.

Of course, the more probes you have available the more accurate and detailed the information will be, and this is how HERE's approach is spurring the fourth generation of traffic services.

By collecting rich sensor data from multiple car brands, traffic information can become far more accurate and up-to-date. This approach is entirely new, and is very difficult to achieve as data is defined differently by different companies. 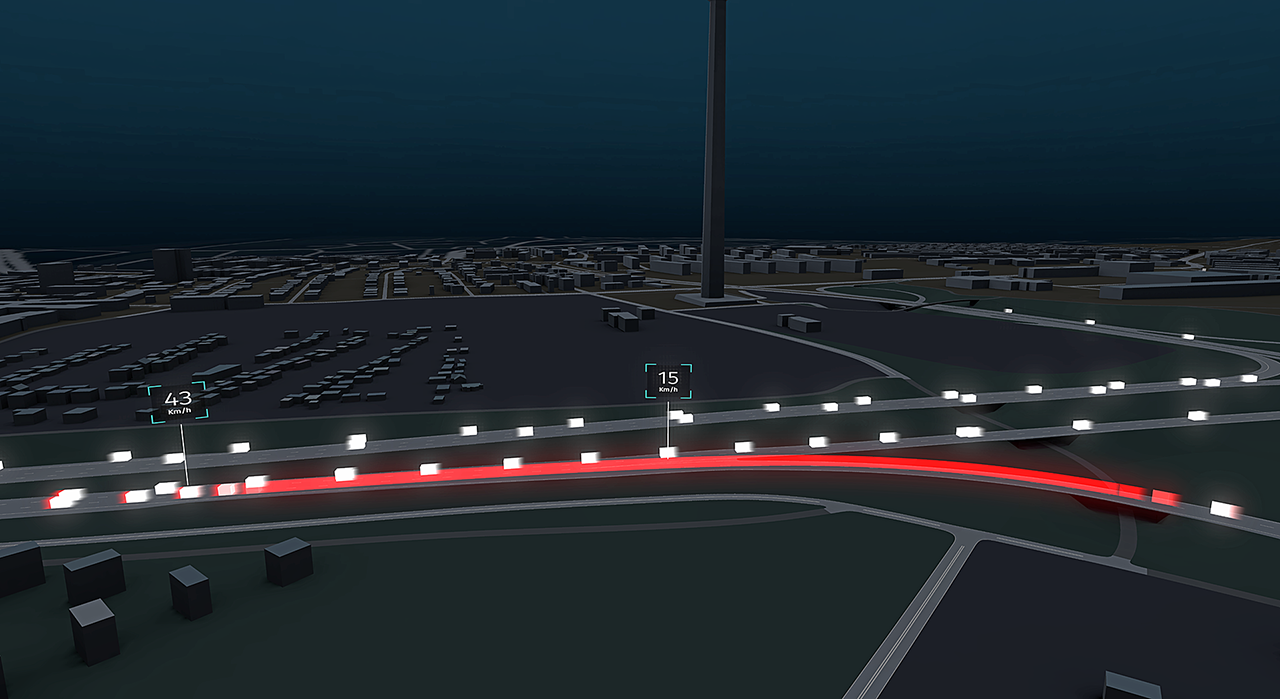 However, now that this has been achieved by HERE, we fully expect to see other service providers attempt to emulate this approach, while more car companies and app developers will want to use this rich data to strengthen their offerings.

As each new phase offers increasingly accurate and detailed information on traffic updates, consumers will place greater trust in navigation systems. Many drivers will still check several sources before undertaking a long drive -- browsing news reports, Twitter and more to ensure that traffic reports are accurate.

As traffic services become increasingly accurate, however, trust will grow and drivers will one day place complete faith in the navigation systems of cars, and this latest generation of services is another step towards achieving this.