As cities endeavor to build out their greenspaces, they should place a priority on planting trees to achieve peak happiness.

If you can't imagine a Manhattan without Central Park or any of the island's other various greenspaces, then you appreciate the importance of natural spaces in cities infinitely more than the city's original planners – who designed the grid plan in 1811 without any breaks for greenery. New York wasn't alone in this design choice, however. Green spaces wouldn't really be a consideration for urban areas until the Parks Movement of the mid-19th century, and even then, those parks took less inspiration from nature, and more from nobility.

When designing Central Park, Frederick Law Olmsted and Calvert Vaux – the fathers of the American landscape architecture – looked toward the green spaces cities already had: cemeteries. These cemeteries, the product of cities realizing that they were running out of room for the dead in their urban centers, had based themselves on the English style of landscaping, which popularized the use of lawns.

Lawns aren't just a green patch, they're a purple one. The lawns of the first cemeteries and the public parks that followed are based on the private grounds of English and French aristocracy, who could afford to use land for neither housing nor crops. It's a type of greenspace that takes more resources than it gives back, and while better than adding another parking lot, cities looking to add greenspaces would be better off growing an urban forest. 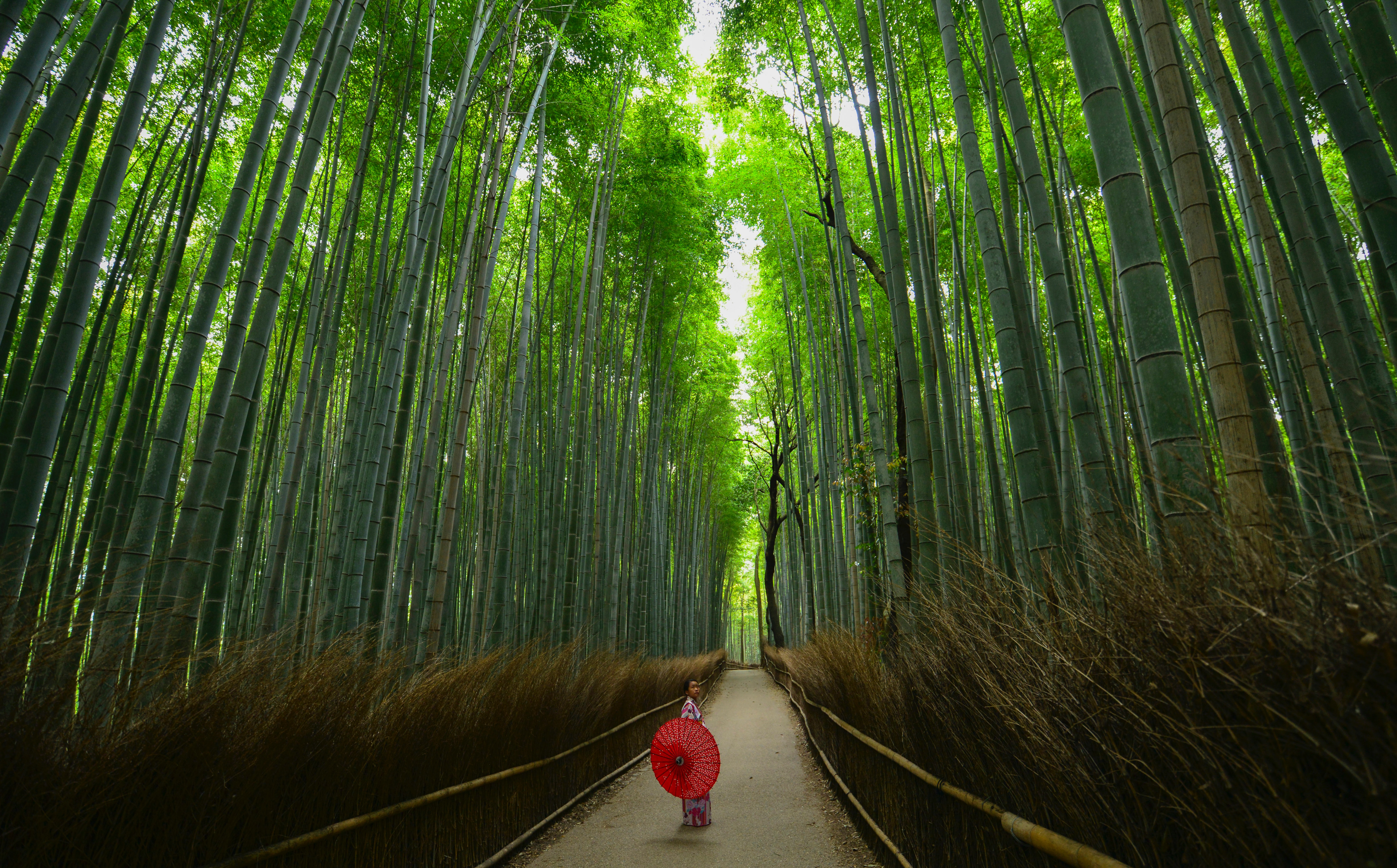 The term 'forest bathing' emerged in Japan in the 1980s as a physiological and psychological exercise called shinrin-yoku with a twofold purpose: to offer an eco-antidote to tech-boom burnout and to inspire residents to reconnect with and protect the country’s forests. (Photo by Walter Mario Stein on Unsplash.)

Besides being a better choice environmentally – trees capture six common air pollutants and toxic gases: ground-level ozone, particulate matter, carbon monoxide, nitrogen oxides, sulfur dioxide and lead, while lawn maintenance increases carbon – trees just seem to make people happy. A study done across Japan, based on the local cultural ritual of Forest Bathing, found that people who spend 15 minutes in wooded areas reduced feelings of stress and depression. Another study done in New York found that trees make us feel better than walking through other types of green space. Yet another from Poland found that even just looking at pictures of trees was a positive influence.

Besides generally making us feel better, according to studies from Baltimore and Vancouver, trees make us less likely to commit crime; and another came to the conclusion that they can even make us more altruistic. While a concrete link has yet to be established, something about trees just makes being human more enjoyable.

Luckily, for reasons of ecology or psychology, many cities from America to Senegal have begun efforts to plant more trees. Melbourne is issuing grants in order to double its canopy cover by 2040. Milan plans to plant 3 million trees by 2030, while New York recently finished its goal of adding 1 million. Seoul is pledging almost half-a-million won towards planting 30 million trees by 2022. And they're being helped by private parties like the viral #teamtrees campaign started by youtubers working with the Arbor Day Foundation, with a goal of planting 20 million new trees all around the world.

If you would like to join in the with the greenspaces appreciation and advocacy movement, we offer tools for urban planning and infrastructure that can help you find the parts of your city that could most use the plant-based pick-me-up.