Hitchhiking used to be an acceptable way to get from A to B. Now, the once seemingly risky endeavor could help reduce traffic congestion.

No longer just for small-budget adventurers, hitchhiking is making a come-back and it's led by the mainstream public. If not due to longing for a exciting escapade, then certainly out of necessity.

The average driver in Brussels, for example, spends 85 hours each year stuck in traffic. In a radical attempt to clear their roadways, the Belgian government, lead by Brussels Minister for Mobility, Elke Van den Brandt, are encouraging people to hitchhike to work.

But only with an app, and only if there is no money involved. 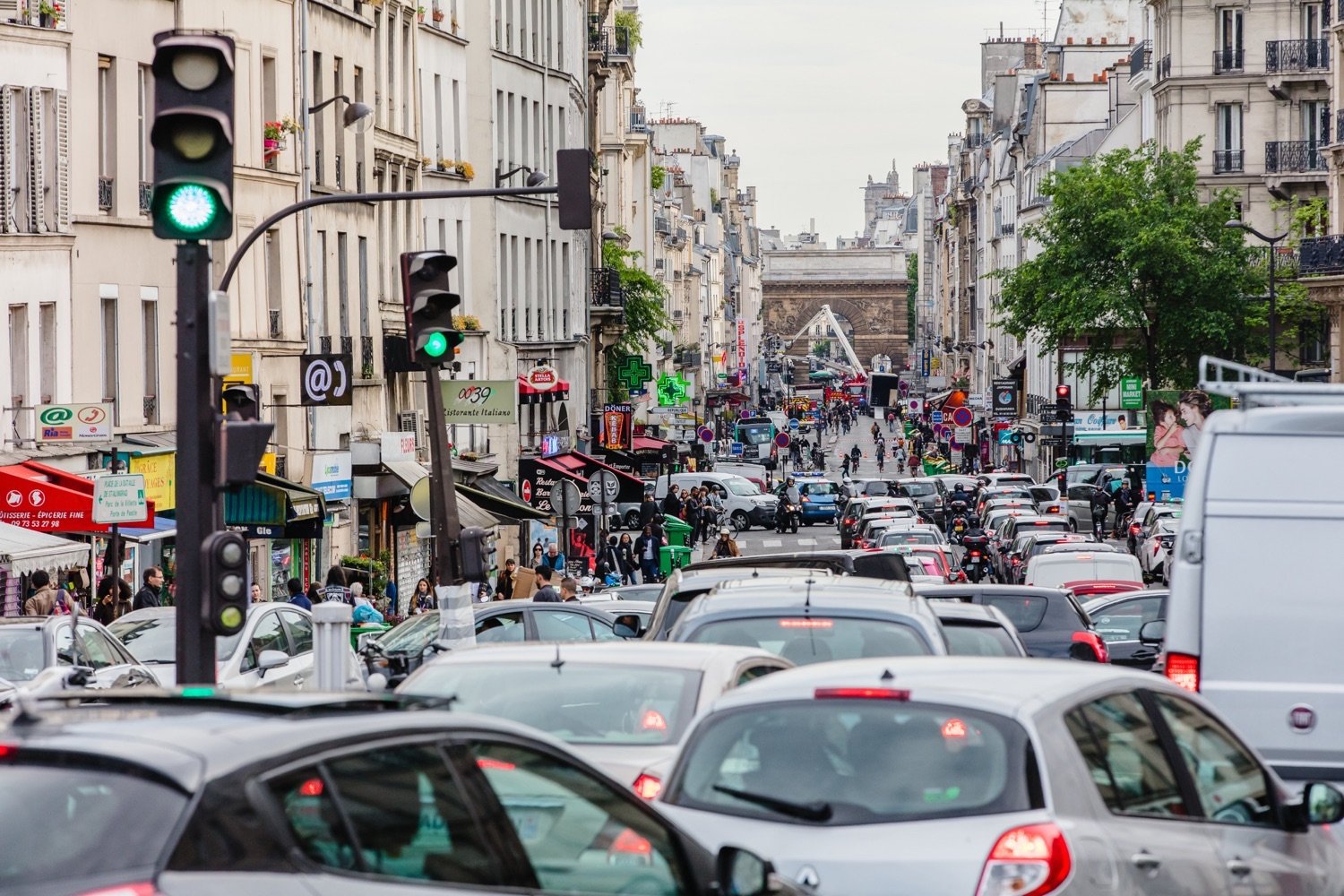 Using an app is a little different from sticking your thumb out, but it achieves the same benefits: reducing the number of cars on the road.

Thumbs up, thumbs down

Between the 1930's and the 1950's if you needed to get from A to B but didn't have cash or car, hitchhiking your way across the country was absolutely acceptable. "…it used to be very normal to see someone sticking their thumb out… says Alan Pisarski, an American transportation researcher. "We lost that somewhere along the way."

Obviously, concerns about hitchhiking could be around fear, potential harm and lack of certainty. But the dissolution of hitchhiking occurred more due to individual car ownership than danger.

Since the 1960s, car ownership in American households has steadily increased — and the proportion of those with multiple cars has increased even faster. Hitchhiking, for many, just wasn't necessary any more.

Okay, and there are safety concerns, but they might not be what you think and they differ from country to country.

During the heyday of hitchhiking and car-manufacturing, the Interstate Highway System was built. This infrastructure connected America's cities via high speed roads. City planners soon realized the danger inherent to walking along freeways and banned pedestrians from occupying the roadside.

This prompted the first anti-hitchhiking laws, passed in the 1960's and '70's. Local and federal governments discouraged both drivers and hitchhikers from the activity by circulating posters cautioning that the next stranger might be a "sex maniac" or "murderer". Simultaneously, horror movies featuring hitchhiking-related violence rose in popularity resulting in the common perception that thumbing a ride is very risky business.

Now, some studies show that hitchhiking isn't any more dangerous than driving or living in cities. Generally speaking, hitching a lift is safest in the EU with The Netherlands, Belgium, Denmark, Albania and Romania being the most friendly. While it remains illegal for you to stand on the side of American roads, it's technically okay to hitchhike in the USA. In Canada the laws differ from province to province, and even road to road. 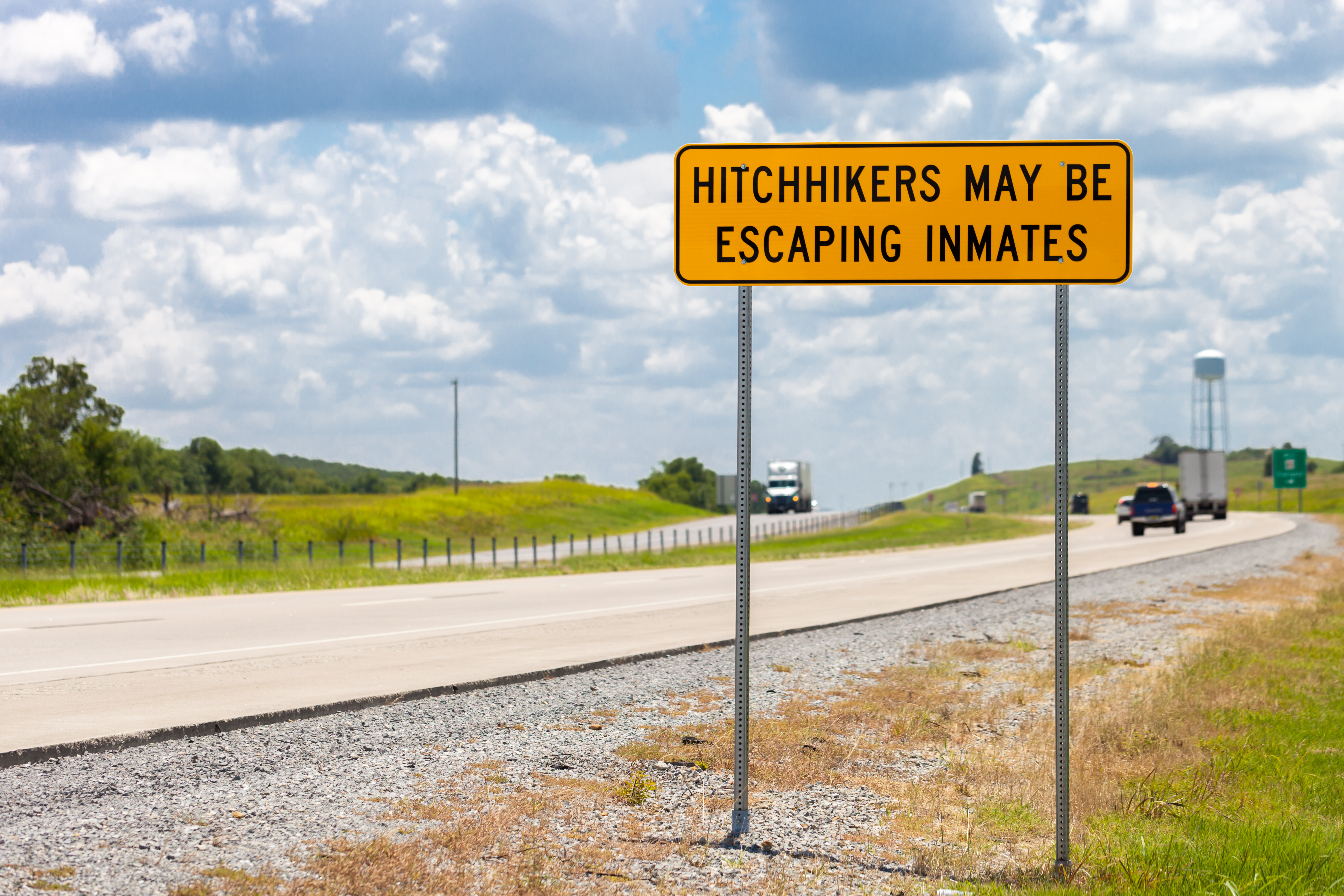 Our fear of hitchhiking might also stem from a more general fear of strangers that has blossomed in Western culture since the 1950's and lead to our sense of individualism.

Thanks to a new Belgian app that connects drivers with spare seats to those needing a lift, “bumming a ride" could become routine once again.

The app will make the activity feel safer by providing information about the users via personal profiles. It will use location services like HERE's Maps, Intermodal Routing and Transit Tools to guarantee efficiency, and simplify switching from one transport mode to another.

And, it's appealing to more than just free-spirits. Belgian professionals are giving up the war with traffic, parking, fuel costs and stress for shared responsibility, cleaner air and more efficient streets.

So what's the difference between Brussels' new app and BlaBlaCar, Cabcorner or UberX?

Local ministers are keeping the new service “true to form", ensuring that no money is exchanged, unlike other carpooling programs. The government is also planning to pair the program with their travel app, making legislative support highly visible and official.

"I think hitchhiking has come into disuse because we are more individualistic," said Julien Uyttendaele, a green MP in Brussels parliament." He continues:

“I take public transport but if I had a car, I would have no problem picking someone up from the street. Especially if now, because of technology, I know who that person is. I want this to be done by the administration or a non-profit association, not by a commercial organization."

You can call it “soft mobility"

City planners around the world struggling to restore efficiency could take cues from Belgium by creating a one-stop app that unites “soft mobility" options including, as Van den Brandt states, “reinvigorating hitchhiking". Planning for hitchhiking as alternative transportation includes using technology to make the service safer for its users; implementing a screening device in the app and creating mapped, designated pick-up zones with adequate lighting, signage and shelter are possible first steps.

But what's required first is a shift in perspective and lifestyle that makes us less individualistic. Green mobility solutions that involve collaboration can only prove positive as we learn to look for what we have in common, re-learn how to share and work better together.

Go ahead, stick your thumb out.

Would you help a stranger get to work? Find out how HERE can make sharing rides a little more comfortable.