Autonomous cars will make travel a lot safer and easier than it is at present. There’s also a huge opportunity for carmakers, old and new, to create products and services that meet people’s end-to-end mobility needs. 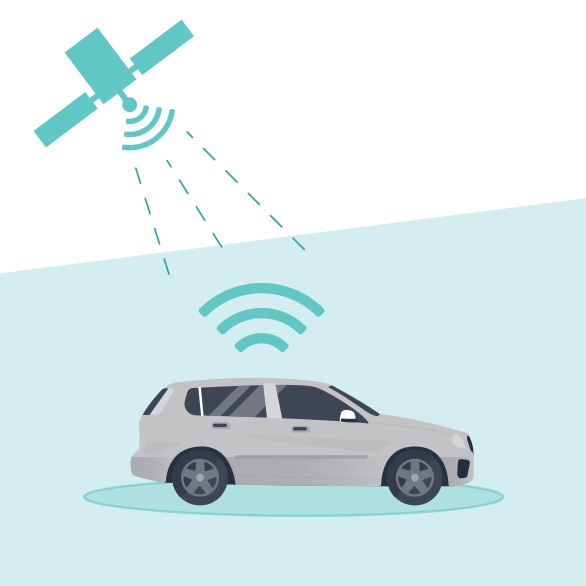 Autonomous CaaP is an autonomous vehicle you would own. In recent HERE research with car users in the US and Germany (also explored here and here), people imagined they’d use these vehicles in much the same way as existing privately owned cars. The top expected uses (in order) were: commuting and the school-run, visiting friends and family, shopping, holidays and trips, and for evenings out.

Autonomous CaaS may sound like a strange new thing from the future, but we’ve had Cars-as-a-Service for a very long time, in the form of taxis, now joined by various other technologically enhanced car-sharing and ride-sharing models. When they become self-driving, the most-expected uses are very similar: commuting and school-runs, evenings out, holidays and trips, shopping and then travel to airports and train stations.

How we will change

The switch to autonomous vehicles will be gradual, of course, but 58 percent of respondents thought autonomous CaaP would potentially replace their privately owned ‘manual’ vehicle, and to a lesser extent, also existing taxi, company car, public transport and ride-sharing options. When it comes to autonomous CaaS, people again thought that privately owned vehicles would be the main transport mode to be replaced, followed by taxis, company cars, public transport and ride sharing.

So, the profile of mobility and the nature of our roads is very likely to change significantly. Currently, most people in the US and Germany use personal or company vehicles, along with ride-sharing, to get around. In the future, 42 percent of Americans and 39 percent of Germans said they thought they’d be using either autonomous CaaP or CaaS instead.

Partly autonomous cars are expected to be available for purchase by as early as 2020, according to public statements from carmakers. These initial offerings are expected to be at SAE Level 3, where human drivers will mostly be hands-free, but able and expected to intervene at some points. (The scale goes up to Level 5, described as ‘full automation’). Initially, they may be ultra-premium vehicles, but as with every other technological improvement, they will eventually become standard fit solutions.

No need to wait

The level of autonomy achieved, and also the level of adoption, will significantly change our roads for the better. ADAS features already available today have been proven to reduce the number of accidents and increase traffic efficiency. Subaru, for example, recently released data showing that vehicles fitted with its EyeSight technology (a combination of different ADAS features) were 60 percent less likely to be involved in accidents than those without the technology.

The benefits of automation are already arriving, in other words: we won’t have to wait the 20-50 years until autonomous cars are expected to become universal, though the benefits will increase and accelerate over time.

Whether delivered as CaaS or CaaP, autonomous vehicles will yield these positive results. However, carmakers and others hoping to exploit this opportunity should remain aware that people like to be able to have choices and that new modes need to fit as seamlessly as possible with their requirements to attract adoption. Manufacturers who strategically aim to deliver both autonomous CaaS and CaaP offerings will be able to meet more people’s demands for future mobility.