Baidu maps the world with HERE

Baidu, the number one mobile map service in China, has expanded its coverage to Europe and the rest of the world, using HERE map content. 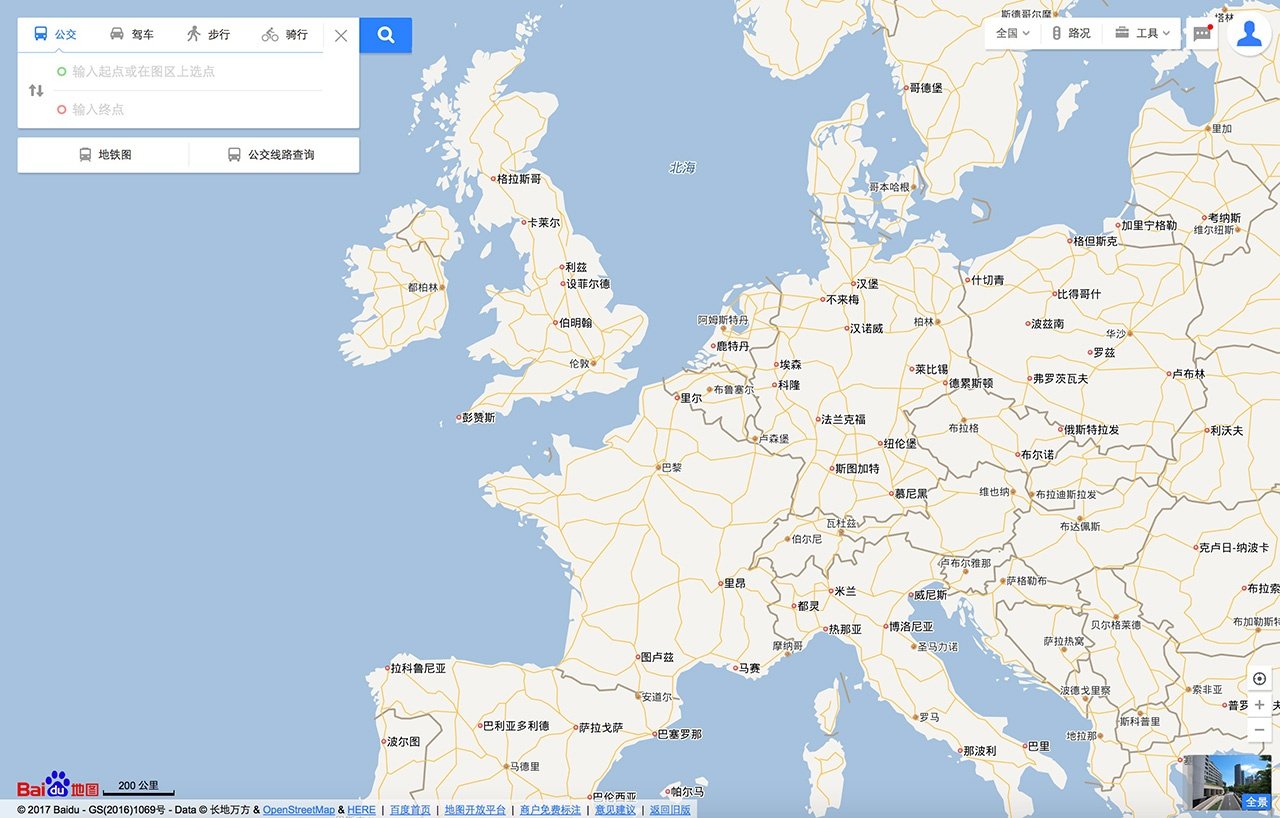 After partnering with Baidu to supply maps for its desktop and mobile map services outside China, HERE will now support the company’s plans to roll out its mapping service in more than 150 countries worldwide.

Baidu, which provides mapping services for the huge population of Chinese outbound tourists, has more than 350 million active users globally and aims to accommodate the continued surge in travelling Chinese people by leveraging the location assets and local expertise of HERE.

As the first Chinese company to offer location-based services to locals travelling abroad, Baidu provides Chinese tourists with local searches and services including bookings, reviews, travel information and solutions to users before, during, and after the trips both inside and outside China.

In 2015, it was reported that outbound Chinese tourists had spent 104.5 billion US dollars, an increase of 16.7 per cent compared with 2014, while the country had 120 million outbound travelers, a significant increase over the previous year.

While Chinese outbound tourism is still mainly focused in Asia (South Korea and Taiwan top the list), there has been an increase in visitors to Europe, with France, Italy and Germany among the most visited European countries. To accommodate this growth in demand, Baidu recently announced that its map service will be launched in more than 150 countries and regions by the end of 2016.

With Chinese tourism extending its reach throughout the globe, Baidu is aiming to ensure that outbound travelers are equipped with the tools to make the most of their trips, offering accurate, detailed maps, powered by HERE.