At HERE, we’ll try our best to get you where you want to go. Things can get a little tricky, though, if you aren’t entirely sure where that place is. Because you haven’t got an address, or the address is very ambiguous.

what3words is a solution to give every place its own address.

Missing or unhelpful addresses is a problem that’s a lot more common than you might imagine. 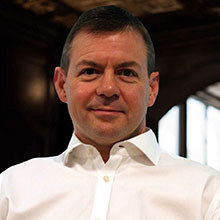 “There are 135 countries in the world that are inadequately addressed,” says Steven Ramage, Director at what3words and – in his own words – “Accidental Geographer”.

Those countries contain the majority of the world’s population, around 4 billion people. As you might imagine, these are typically the poorest people on earth and the lack of a proper address doesn’t help. Without an address, they often can’t get aid, open a bank account or exercise their basic rights as citizens.

Every place on earth has a location reference, of course. But Latitude/Longitude co-ordinates like 41.3848381, 2.17992 don’t exactly roll off the tongue, can’t easily be memorised and are prone to user error.

“The co-ordinates are fine for machine-to-machine communications. But human beings are not designed for that.”

“what3words provides an algorithm that converts the complicated co-ordinates to 3 simple words and back again.” 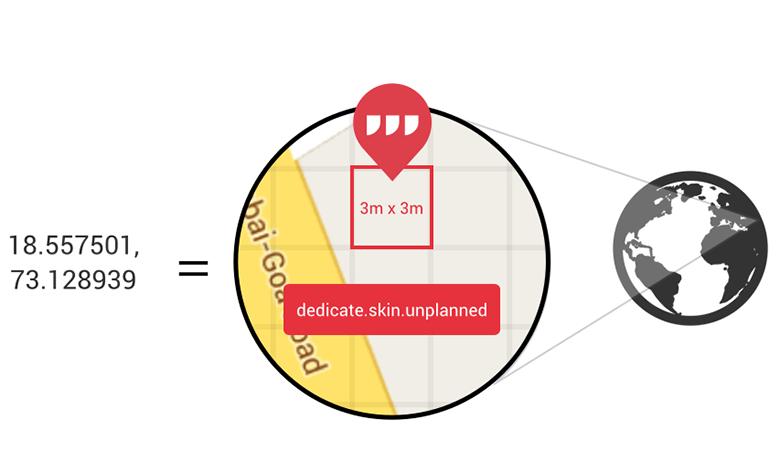 “The idea may seem a little odd to people in more developed nations,” says Steven. “But if you’re in one of those 135 countries without an established street address system, then believe me, it’s very welcome.”

The head of the south western most lion around the base of Nelson's Column in London’s Trafalgar Square is “judge.blame.going”, for example. The ticket booth in New York’s Times Square is “data.bike.tour”.

You can try the map app on the what3words website to discover the 3 word address for anywhere you like.

The words are semi-random and have no descriptive relationship to the place: they’re simply the keys to a set of co-ordinates in a much more human-friendly and memorable form.

“We don’t maintain a directory of places, and we don’t have map data. It’s an algorithm that translates co-ordinates using a word list that’s curated by us to remove rude words, homophones and other things like apostrophes or hyphens.”

But if people don’t have an address, aren’t they also unlikely to have a computer, we ask?

“That’s true – but they are quite likely to have access to a phone – and increasingly so. Our algorithm needs less than 10MB of storage space, so it will run on the most basic smartphone. And once people know their what3words address, then they can use any form of communication to share it with another person. The words can be written down, said, sent by text or email. They can even be painted on the side of a building, school or hospital”

Another clever feature is that automatic error correction is built in. If you misremember the centre of Trafalgar Square as “mile.crazy.shape” (instead of ‘shade’), then the system will realise that ‘address’ actually refers to somewhere in deepest Oregon. If you’re currently in London, it will ask ‘Are you sure?’

The team is working with Carteiro Amigo (Friendly Postman) in Rio de Janeiro to bring addresses to the Rocinha favela, and aims to expand to more favelas in the near future. More than 11.5 million people live in Brazil’s favelas: they are the emerging middle classes with disposable income to spend. The favelas are notoriously tricky to map, but every one of those people can now have an accurate address. 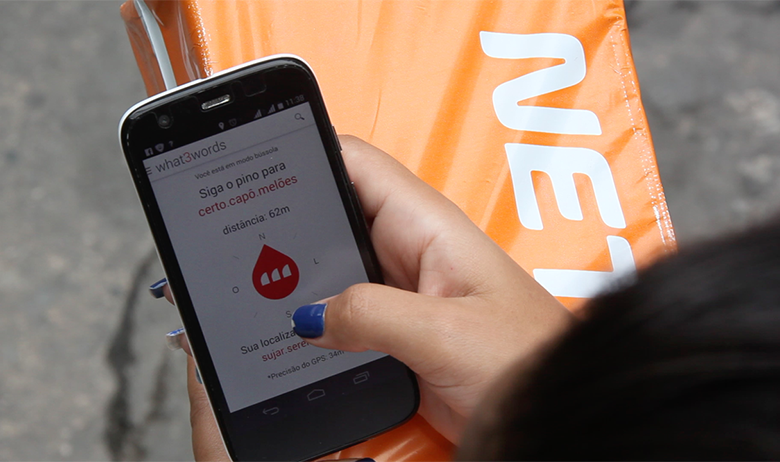 In Tanzania, the company has worked with the World Bank to precisely locate 74,000 water points, the conventional addresses for which either don’t exist or keep changing.

Agencies working for the United Nations can use 3 word addresses to allow precise recording of illness occurrences in humanitarian crises. Steven says that entire countries are asking for help.

There are already lots of companies working with what3words to add the service to their location-based apps. But more awareness is clearly needed before people will feel comfortable buying from a company with an address like ‘crass.miles.needed’ [that's actually an Estate Agent just down the road from my house].

Steven is hopeful, though. “We can actually transform countries. If people have an address then they can join the world economy. They can open a bank account, and start their own businesses. But we do need more partnerships so that people become familiar with the idea.”

“I think, though, that the number of new services that have taken off in recent years makes life easier. When Twitter launched, people were initially very sceptical: ‘why would anyone want to do that?’ But it worked, and the success of lots of ideas that initially seem crazy in recent years has paved the way for us.”