Why turning left may not be right for drivers

When planning a driving route, the favoured option is usually the one that gets you to your destination quickest. How, though, would you do this if you couldn't take a left turn at intersections? This is the conundrum facing UPS drivers, and one which, in theory, saves lives.

For the past thirteen years UPS drivers have been under strict instructions to avoid turning left (this is for countries who drive on the right - the opposite applies for us Brits).

Now this may sound counterintuitive – why not take the journey that gets you to your journey as quickly as possible? Why do UPS drivers seem to have been afflicted with the same ailment as Derek Zoolander, who is "not an ambiturner" and "can't turn left"?

It turns out that turning left may not be the right decision for drivers. The UPS logistics team found that, when calculating solutions to vehicle routing problems, turning left could add fuel cost and travel time, while increasing the risk of an accident. How, though, does this work?

First, let's tackle travel time and fuel costs. If turning left takes you directly to the destination, while a right turning leads you away from it, then surely the former option would get you there quickest? Well, not necessarily.

When turning left and through oncoming traffic at an intersection it's pretty rare that you'll be able to just happily swing your vehicle out and continue on your route. Chances are, you'll need to spend time patiently waiting for a gap to open up - idling the vehicle in the process.

Idling - leaving your engine running while stationary - is harmful for the environment, and can cause problems for your vehicle and increase fuel consumption. Indeed, idling a car for longer than 10 seconds consumes more fuel than simply restarting it. This, however, isn't really an option for drivers waiting for that elusive gap to open up so that they can turn left, leaving idling as the only option. 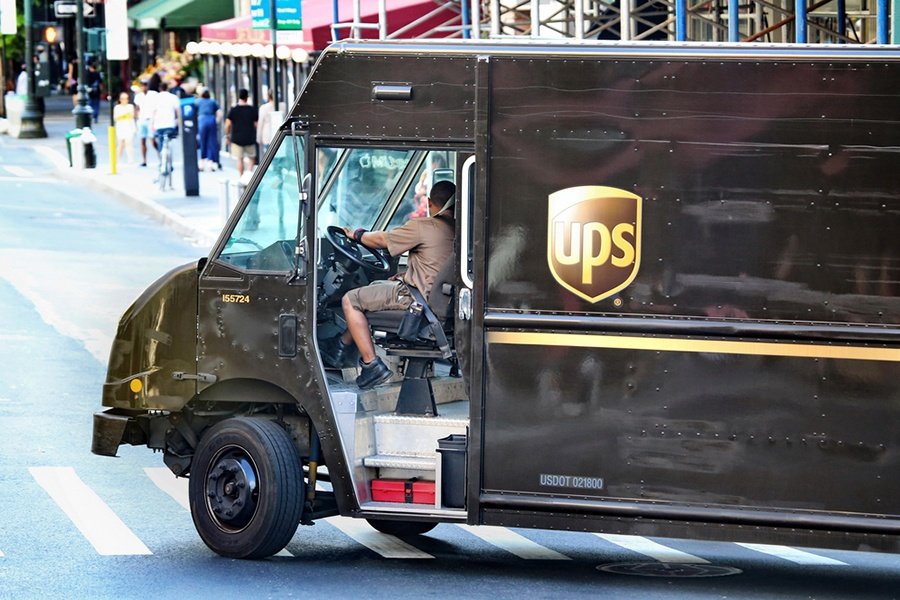 So, left turns are harmful for the environment as well as your vehicle, while also making the cost of driving from A to B that bit more expensive. If that doesn't seem like a good enough reason to embrace the UPS model (and if that's the case, you may be too wedded to that left turn), then the frightening safety statistics may help to convince you.

Federal data has shown that turning left results in almost 10 times the amount of accidents as turning right in the United States. This isn't exclusive to cars - 36 per cent of fatal accidents involving a motorcycle are a result of left hand turns in front of the vehicle, while a study by the National Highway Traffic Safety Administration found that almost 5,000 pedestrians were killed in crashes related to left turns.

This data, which should come as no surprise to UPS, may seem shocking to the rest of us. Why, if left turns are so dangerous, aren't road networks being adapted to address them? Michigan, however, is way ahead of you.

The Michigan Left is an operation which was developed to "avoid the interlocking left-turn movements along divided highways." Essentially, you have to turn right if you're in Michigan, simultaneously making the roads safer, and causing a great deal of confusion for out-of-towners. That said, Michigan-based UPS drivers surely find it a doddle.

Other improvement solutions, like the gloriously named New Jersey Jughandle, are also seeking to address this issue, while drivers and companies alike should be embracing this model, if the figures touted by UPS are anything to go by.

UPS has stated that, after adopting the right-turn-only rule, it emits 20,000 tonnes less carbon dioxide, consumes 10m less gallons of fuel, and delivers almost half a million more packages every year.

While it's impossible to cut out the lefts entirely their usage has been reduced to a fraction of the amount, apparently paying rich dividends in the process. For drivers, turning left no longer seems to be right.

Could you get used to this new way of driving? Let us know in the comments below.