Skip to main content
HERE360 blog
In-vehicle infotainment: the heads-up display is about to get a major upgrade
Connected Driving 4 min read 01 May 2019

In-vehicle infotainment: the heads-up display is about to get a major upgrade

As car interior space is at a premium, a nascent technology looks to make use of a massive real estate: the windshield. It’s time for a “heads-up” on the next step in vehicle user experience. 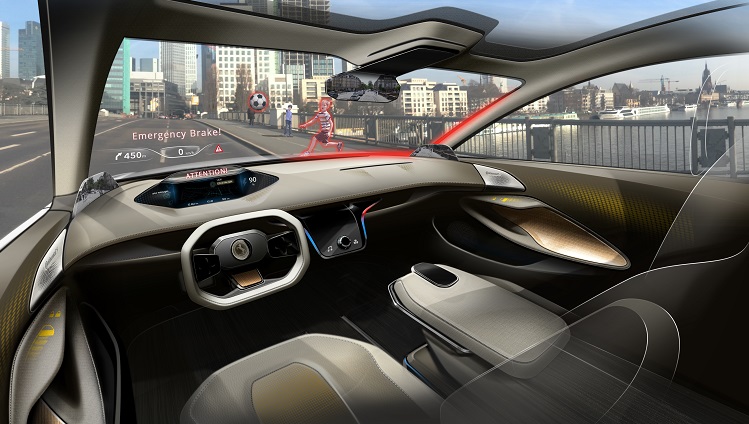 What is a HUD?

In simplified terms, a head-up display (HUD) is a projection of information onto clear glass in the vehicle operator’s eyeline. That allows a driver to keep their “head up,” as opposed to having to glance down at the dashboard or in-vehicle infotainment system. This means a driver is less distracted and able to keep their eyes on the road. In ideal circumstances, the driver can even “look past” the image while still seeing it, so that their eyes don’t even have to refocus. At present, most HUDs either pair up with a car’s on-board diagnostics computer (OBD2), the in-vehicle infotainment unit, or a smartphone.

What is it good for?

At present, automotive HUDs are excellent for replacing key functionalities of the dashboard and some from the IVI. They can display the car’s speed, rpm, fuel level, and the time, but a major advantage is in-car navigation. Having a map program projected as part of the viewing space makes turn-by-turn directions intuitive, almost reflexive.

Wearable-technology firm Jarvish has teamed up with HERE to bring HUDs to motorcycle helmets, an experience that integrates the driver with the bike so well it’s almost an extension of their body.

Some automotive aftermarket HUDs project whatever is displayed on a connected smartphone’s screen, which could replace every almost every feature of an IVI. For example, a driver could even stream video (though we suspect the resolution wouldn't be crystal clear). 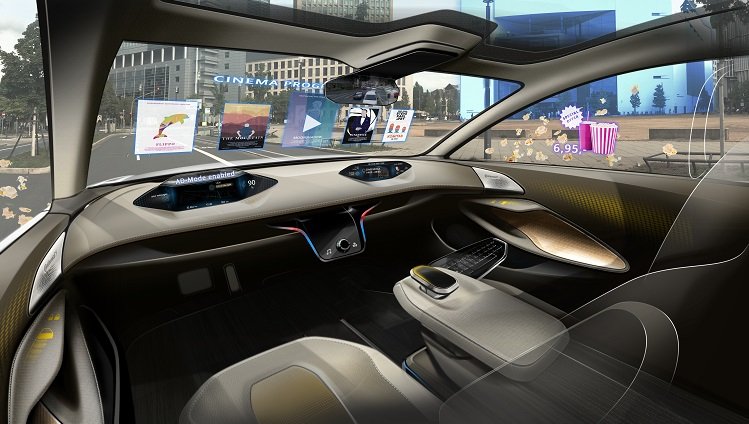 What is it bad for?

As expected, there are limitations to HUDs. Most significant is the display surface: clear glass is not ideal for high fidelity.

With current HUD technology, graphics designed for crisp smartphone screens appear fuzzy and slightly washed out; direct sunlight will drop visibility to “squinty” levels. Depending on the composition of the windshield or if a special film needs to be attached to it, some operators might experience a “double image.”

HUDs with dedicated screens can mitigate these problems, though that also lessens many of the benefits of the device. Many OEMs have found a better solution: using dedicated graphics designed specifically around the limitations of the medium.

What is the future for?

Two words: Augmented reality (AR). It has long been held back by hardware limitations. For example, Google Glass was a well-intentioned and truly impressive device, but some may say the technology was ahead of its time.

These days, many smartphone apps are starting to tap into AR’s potential, but they quickly drain battery life, and eat up data plans, not to mention people generally don’t like holding their arms up for extended periods.

Car manufacturers like Jaguar, Hyundai, and Porsche all have the same bold idea: turn the car’s windshield into an AR screen. This presents an enormous advertising potential – the HUD would be able to discreetly draw people’s attention to nearby attractions or commercial venues without risk of distracting the driver. And because it’s in your car, no one will suspect that you’re seeing a whole different world.