Here is a little-known fact. As part of its plan for world domination, HERE has created an army of laser-shooting robot brains. Now that we have your attention, let’s explain. 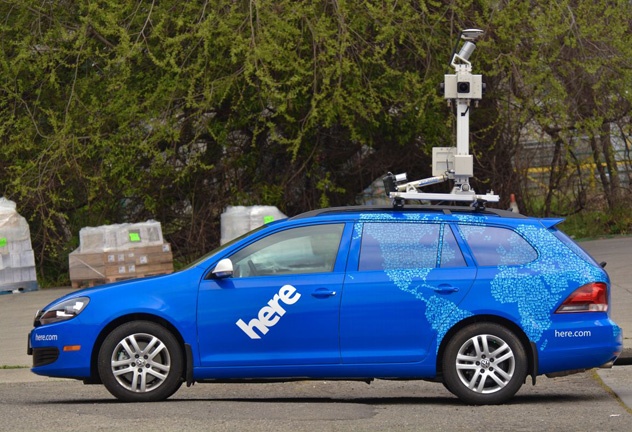 When Michael Prados joined HERE in 2012, his first job was to take charge of improving the True View mobile mapping rigs that sit inside, and on top of, the current fleet of hundreds of cars that performs much of the hard work of creating our maps. 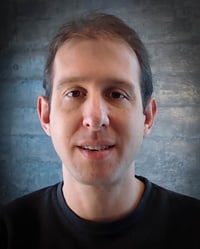 Those rigs are a combination of cameras, lasers (or rather – Lidar – which uses lasers as a kind of radar), GPS and the computers that make sense of the data they’re collecting, then store that data for further processing back at HQ.

What Michael noted is that, “The system of sensors and computers means the software that’s needed is very like that which is used to create robots.”

So, very sensibly, he turned to the Open Source Robotics Foundation and something they have created called the ‘Robot Operating System’ (ROS).

It’s not an operating system like Windows or Linux. In fact, it typically sits on top of an Ubuntu installation and is more of a messaging framework that connects together the different inputs from the sensors and helps to process them for storage. This ‘server’ has no screen or keyboard. Rather, the driver receives reports and can run diagnostics from a separate ‘control’ application that runs on a tablet he can operate easily from his seat.

The open source system had a number of strong benefits that couldn’t be found elsewhere.

Using an open source tool meant there were no licensing fees, but more importantly that, “the team could download the code and set to work immediately.”

Furthermore, because it’s open source, rather than proprietary, it meant that it was easy to tweak the code at a deep level. That’s not something that would have been true if the team had bought an off-the-shelf solution.

“Proprietary systems are like a black box," Michael said. "You get a compiled application and if it doesn’t work with some of your equipment, there’s not much you can do about it.” 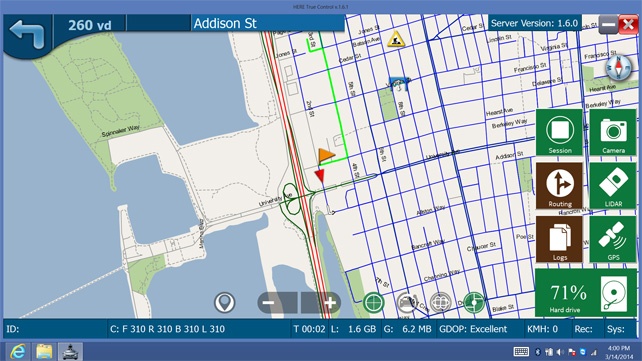 ROS is also extremely modular. This means that it’s really easy to test individual components – they’re called ‘nodes’ – and isolate any problems to that one node, rather than have to start unpicking the whole thing. Similarly, if the team decides to start using a new piece of hardware, say, a different camera, then typically only one node will be affected: they don’t have to start again from scratch.

ROS is also a very mature project and lots of different extensions for even the more unusual parts of the rig were already in development when the team started working with ROS.

“We found that it worked with the Velodyne HDL32 Lidar out of the box,” says Michael with satisfaction. “It was a completely new sensor for us, but there was already community software in place to help integrate it into our collection system.”

Even better, communications within the system use standard TCP/IP to transmit data. This provides even more flexibility in how the system is set up. In the next generation of mapping cars, currently being finished, ROS nodes will be split across more than one computer. These can then talk to each other using simple, standard methods: this will increase the capacity and speed of the system.

“We chose the open source ROS because it was the best solution, hands-down,” Michael concludes. “And now we’re looking into the ways that we might give back to the OSRF, and help its future success.”