From wooden sticks, to glass vials, to rheostats and sinusoids – the technologies used to assess the condition of a car by measurable standards is only slightly younger than the car itself. In our modern era, what can a car report about its status?

For perspective on how far we’ve come with awareness of a vehicle’s condition, consider that the original Ford Model T of 1909 had no visible gauges for the driver. No fuel level, no speedometer, no oil pressure – everything about the car was determined by what the driver could hear, feel and smell.

This kind of “driving in the blind” didn’t last long.  By 1920, third-party manufacturers were selling wooden dip-sticks and easy-to-install glass-level gauges to assist drivers from doing simple things like, you know, running out of fuel. The need for more precise information was clear, and auto manufacturers responded quickly.

Last week, we looked at how a car can gather a picture of the world around it. Today, we’re reviewing what a vehicle commonly knows about itself.

A potentiometer and a float are all that are needed to determine the amount of fuel in a tank. But, for most of car production history, that level has been an isolated piece of information.  Also isolated have been RPMs, Speed, and distance traveled.  Only in the last decades have cars been combining those individual data points to provide drivers with much more useful information.

What does it tell us that’s so useful?  Well, with a simple calculator, a car can determine the rate of decrease of fuel over a variable time against the average revolutions of the engine and the distance traveled… wait, don’t stop reading, what I mean to say is…

Modern cars can tell us how far we can go before we run out of gas. And in some cases, can change engine performance to get you a little farther. 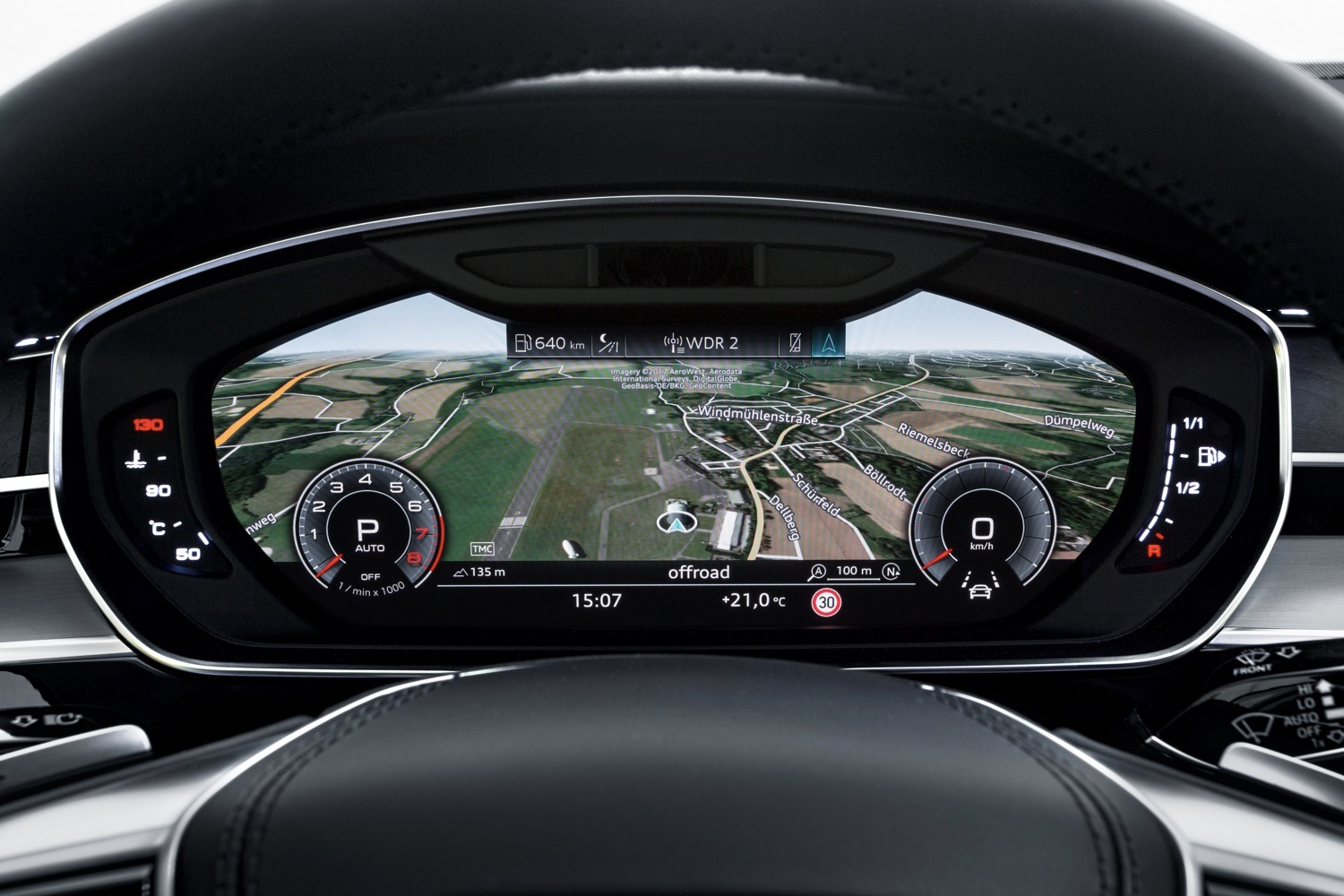 “Where the rubber meets the road” is an idiom for putting a theory into practical application.  It’s also the location for the most critical information about vehicle performance.

Anti-lock brakes and traction control operate on a very similar principle.  If a vehicle is in motion, all the wheels on the car should be turning at approximately the same rate.  Simple enough, right?

Now, employ internal sensors and a simple computer to monitor the rotation of each wheel.  If the brakes are on the front of the car are applied, and the rear wheels of the car are still turning significantly faster – the front brakes are trying to lock up.

Traction control operates similarly to anti-lock brakes. The vehicle constantly monitors the rotation of the wheels of the car, then intelligently adjusts the force being applied to wheels that are out of sync.

Something you probably haven’t heard of!  Though you probably have heard of electronic suspension. The sensors inside the suspension of your car can tell how much a wheel is moving up and down, and with how much speed and force.  That report is called a sinusoid.

Right now, your car is likely using sinusoids to adjust your suspension in response to whether you’re driving slowly over an old cobble-stone street, or cruising near the speed limit on a smoothly paved highway.

The use of sinusoids is expanding, but we’ll get to that more later.  For now, we can distill this to the fact that your car knows when there is a bump in the road.

It seems obvious, but worth pointing out is that most of today’s car knows the light conditions outside (though that’s an external sensor), and turn the headlights on/off accordingly.  The car also knows when you’ve manually turned on the lights.

Simple operations like the status and speed of the windshield wipers, hazard lights, turn signals, or even whether your air conditioning is turned on – all of these elements can be detected and tracked with very simple technology.

Where is this leading?

I’m sure by now you’ve detected a common theme both in this article, and the previous one. Over time, consistently, vehicle technologies evolved to give drivers more information.

Unfortunately, most of these sensor technologies are working independently, and without coordination.  So, what happens when we combine these individual pieces of information, all coming from a variety of sources? We’ll cover that in Part III of this series next week.