The FC.frameLOGIC fuel control system powered by HERE helps companies save 3-10 per cent of fuel costs.

Of all the variables a fleet manager has to control, fuel is often at the top of the list.

On average, fuel costs make up 30 per cent of a transportation company’s total expenses — so keeping a close eye on them can have a huge impact on the bottom line. Unnecessary idling, inefficient routes, personal use of the vehicle and fuel theft can all have a measurable impact on fuel consumption.

With a fleet of 400 vehicles, Ewals Cargo Care, a major transport and logistics provider in the Netherlands and throughout Europe, knows all too well how difficult it can be to manage this critical cost component. 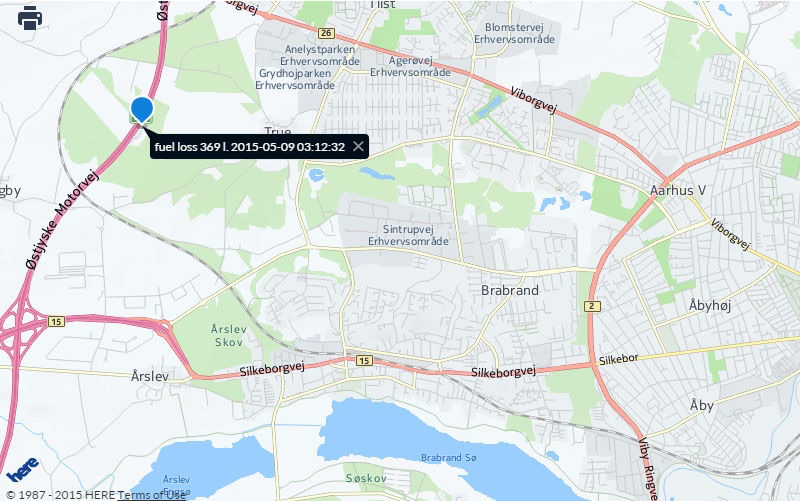 “We were comparing the fuel receipts with information from on-board computers that monitored mileage and consumption, but we could never get the numbers to match up and there seemed to be no good solution to reconcile the differences,” says Joep Everts, operations manager at Ewals Cargo Care.

“For big differences, we suspected theft, but matching these to a precise location was almost impossible and for small differences it was hard to identify with any certainty the reason.”

After thorough testing, Ewals Cargo Care found a solution with the FC.frameLOGIC - fuel control system from frameLOGIC, a leading technology solutions provider for fleet management and mobile workforce management that serves customers throughout Europe from their headquarters in Poland.

The FC.frameLOGIC system works with fuel probes which are installed in the tank and can measure the fuel level accurately to within 1.5 per cent of tank capacity. A team of specialists at frameLOGIC monitor and confirm any irregularities and report back to the customer. The system can effectively detect fuel consumption discrepancies as small as 15-20 liters. 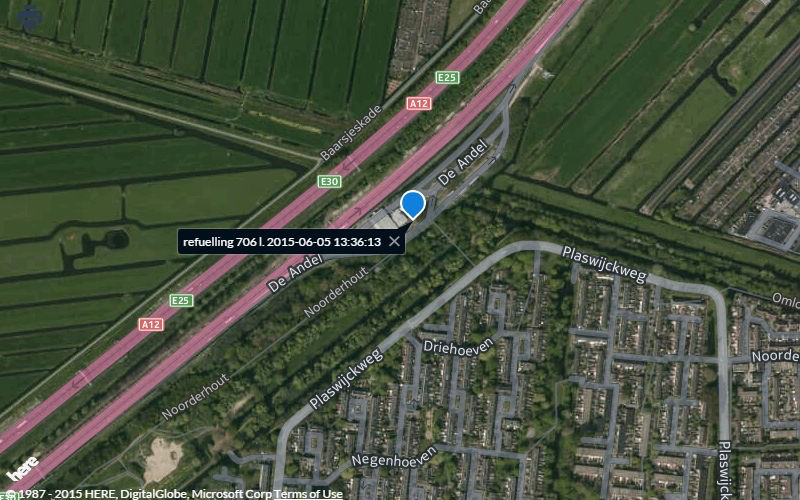 Based on HERE’s highly accurate maps and robust geocoding, frameLOGIC analysts can precisely pinpoint and visualize the location where a theft may have occurred and notify the customer immediately.

“When a fraud is detected, there are two things that matter - speed and accuracy. With its lightning-quick geocoding and up-to-date and accurate maps, HERE helps us carry out the verification process really fast,” says Grzegorz Janaś, Marketing Manager at frameLOGIC. “The customer receives confirmed information about the fuel fraud very soon after its taken place with the precise spot shown on the map.”

Another way companies can monitor and control fuel expenditures is by defining areas where drivers are allowed to refuel, such as at the company’s headquarters or at trusted petrol stations. Using the geolocation capabilities from HERE, customers can mark these areas with a geofencing tool within the FC.frameLOGIC system. If a vehicle is refueled outside of this area, the company is immediately notified with the location highlighted on the map. Customers can also note places on the map where idling was observed by the fuel control system. 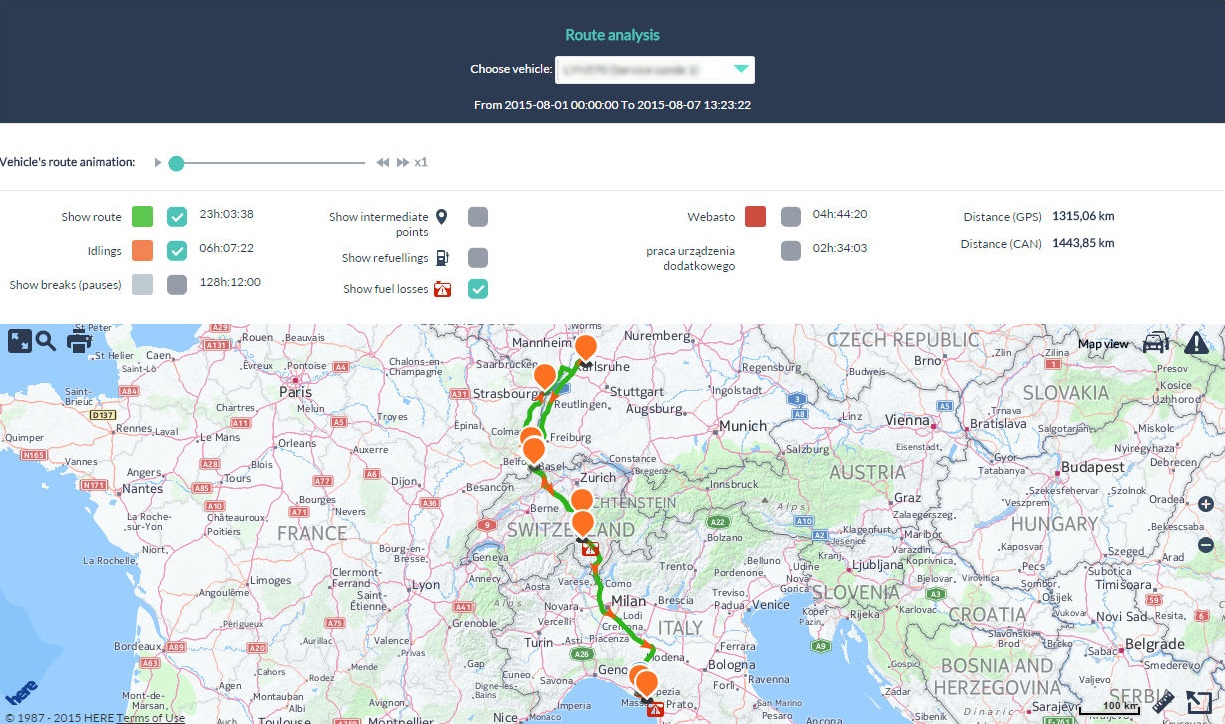 These capabilities allow transportation companies to save from 3-10 per cent of their fuel expenditures using the FC.frameLOGIC - fuel control system.

“The FC.frameLOGIC system has given Ewals Cargo Care the transparency, accuracy and speed we needed to fight fuel loss. Our initial trial with the system brought us such undeniable savings we are deploying it across the fleet,” says Everts.