This week’s app is a great example of how the HERE maps that power navigation and location services on Windows Phone can be used by developers to create new functionality. 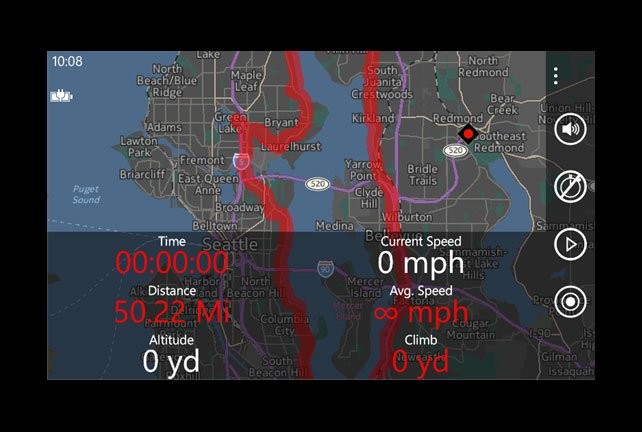 GPX Viewer is an app to create, view and follow GPX tracks while you’re out and about.

If you’re not familiar, GPX is a file format used by runners, cyclists, hikers and more to plan, record and share their routes.

This is useful in different ways for different people.

Preparation = half the battle

If you’re cycling or hiking, and visiting a new place, it might be a good idea to follow someone else’s route the first time you’re there. Go to a site like Wandermap, Wikiloc or MapMyRide to get started.

For a runner, planning a route that is the exact distance you’re aiming for in your training is trickier than it sounds. Mapping one out beforehand or downloading someone else’s can avoid the frustration of discovering you’ve bitten off more than you can chew, or the boredom of running round the local park eight times.

GPX files include climb and altitude information, which can be very important: a five-mile run that’s entirely up-hill is a very different proposition to one that’s flat all the way!

So there are two main ways to use GPX Viewer. If you’re recording a new route, then hit the record button in the app and off you go. Once you’ve finished, you can upload your GPX track to OneDrive and share it, or add it to an online account.

If you’re following a route you have created or downloaded on a computer, the process is the opposite. Download the GPX file from whichever site you use and stick it on OneDrive. Then pick it up from there within the app. 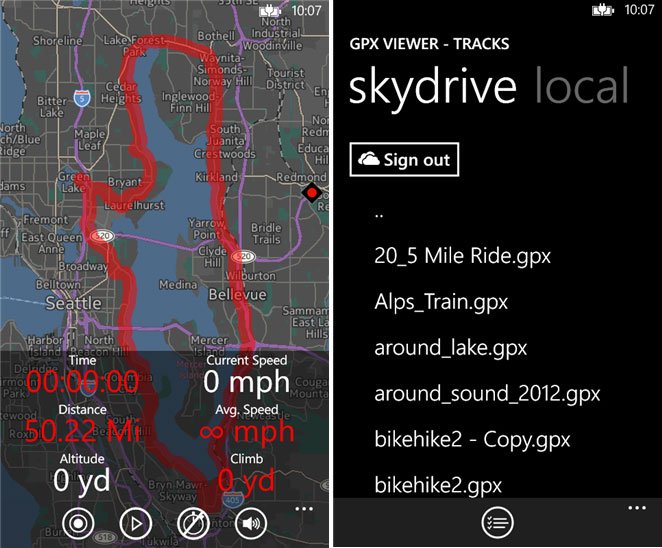 The app will follow you on your route and record stats as you go. Because it uses HERE maps, it doesn’t need a data connection, assuming you have your local map downloaded to your phone. So no matter how far off the beaten track your route takes you, you’ll continue to be located and guided. If you’re cross-country skiing or deep in a national park, this will be an important advantage.

There are other Windows Phone apps that perform a similar function – Runtastic is a notable example. But we liked GPX Viewer because its use of the open GPX format for routes means it will work with pretty much any third-party service for planning and sharing routes.

We hope the app proves useful to some of you. Are you using this or an alternative?