A developer has shown how the HERE Traffic API can give critical detailed real-time incident and flow data in the hours following an emergency.

When high-quality, real-time traffic data is combined with other data sets it can provide a powerful, actionable tool used to make key decisions when time is of the essence. 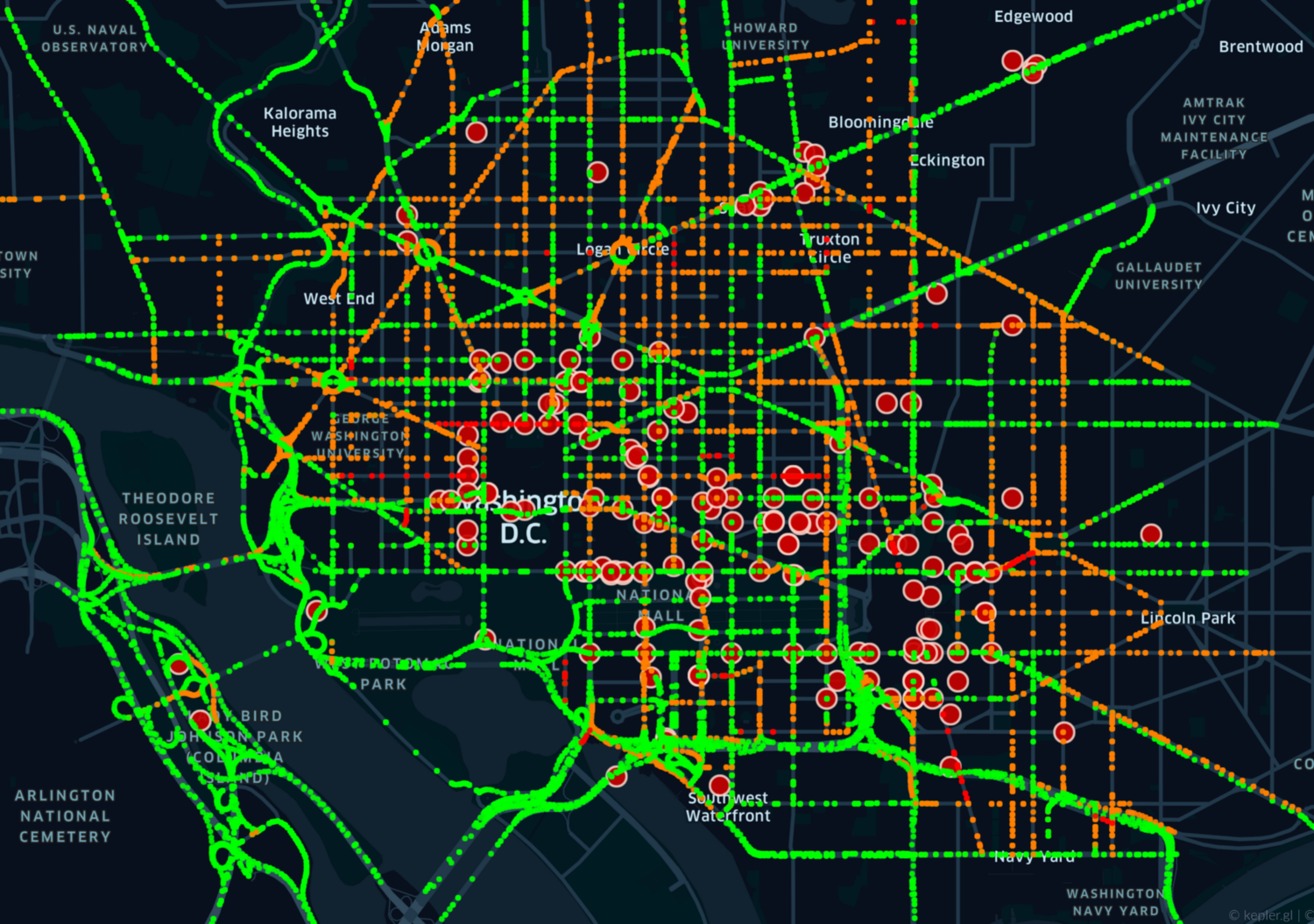 The HERE Traffic API provided the data for this visualization of traffic incidents at 9pm on the day of the riots in Washington DC.

The riots on January 6th in Washington DC, when groups of protestors breached the Capitol, were one such case.

And now one developer has used the HERE Traffic API to show movement around the city on that night.

It serves as a useful example of how anonymized and aggregated real-time traffic data can be used to inform citizens and governments on how to respond to exceptional situations of this kind.

Skanda Vivek, who is Assistant Professor of Physics at Georgia Gwinnett College, writes about the interface between complex systems, physics, data science, and society on his blog.

“HERE is a great resource for obtaining real-time information that you can't get from Google Maps. Also, HERE has seemingly more detailed traffic information of smaller road segments," he wrote.

Speaking to HERE360, he compared the two in more detail, using the traffic data from January 6th as an example.

More streets and incidents showed up on the map made using HERE data.

“First of all, you can't get the traffic data from Google, you just see it. And the other thing I noticed was that the number of streets was fewer."

Google does not release information about its data, such as the criteria used to color-code streets according to how busy they are.

Working with senior undergraduate Hannah Conner and using the HERE Traffic API, which is free, Skanda was able to identify 173 traffic incidents at 9pm on January 6th in Washington DC. They were either described as closures or “planned events".

In his blog, Skanda showed how each is marked with a tag that includes details of the incident. This includes information such as the time it started and ended, descriptions of the incident, and its location.

“There are not many good ways of following populations as they move. But traffic patterns, mobility data and other data sets can give some deep insights," – Skanda Vivek, Assistant Professor of Physics at Georgia Gwinnett College 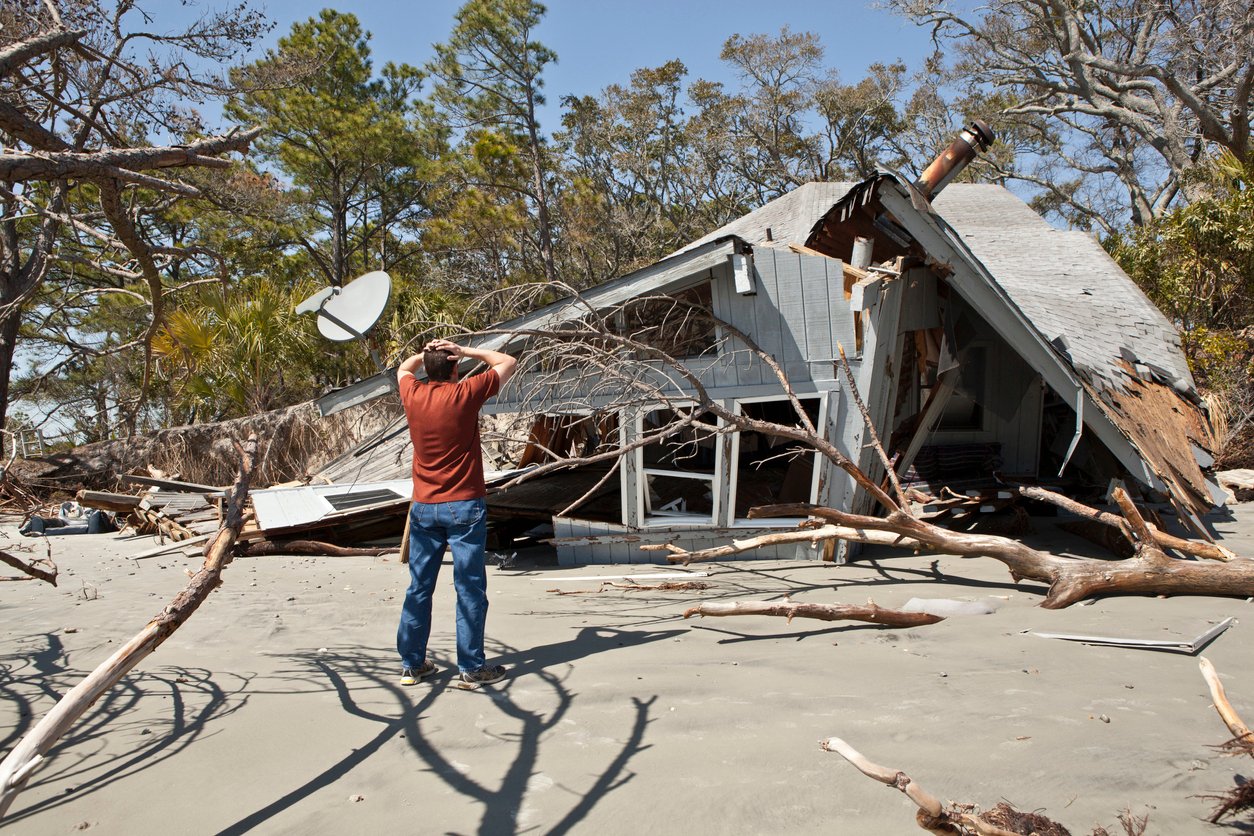 Data is critical when it comes to managing a disaster response.

Putting data sets together, such as HERE Maps and data from Twitter, for example, can help build up a picture which governments, first responders, and citizens can use to make decisions about evacuations, for example.

Skanda explained to HERE360 what he looks for in the data.

“Can we see signals of anomalies when we have these sorts of disasters – and it could also be cyber events or natural disasters such as hurricanes?" he said.

Seeing how people move around in real-time in this way can help inform decisions about when to evacuate during a hurricane, for example.

“There are not many good ways of following populations as they move. But traffic patterns, mobility data and other data sets can give some deep insights. There are different stakeholders involved, but there is definitely an interest as a society for us to figure out how to use these data sets."

His visualization work has illustrated how effectively they can be used. Not only can the data provide insights that help with disaster response, but, as Skanda puts it, these data sets “serve as a pulse of society."

As our capabilities with them grow, we can only hope they will also help us to prepare for and prevent future disasters, protecting citizens in the process.