3D-printing and autonomous vehicles are two topics well-ingrained in the zeitgeist. Both subjects have been dominating headlines for years, with the potential of each only just being explored. Now, the two trends are complementing each other, with a 3D-printed vehicle being used to pave the way for the brave future of autonomous vehicles.

Local Motors, the technology company that created the Strati, the world’s first 3D-printed car, has launched a competition in which the Strati is used to develop autonomous features. We spoke with Jacqueline Keidel, a spokesperson for Local Motors, who tells us more about the company:

“Local Motors’ aim is to change the way vehicles are designed and built and, through the power of co-creation and local micro-manufacturing, we bring products to market at unprecedented speeds.” 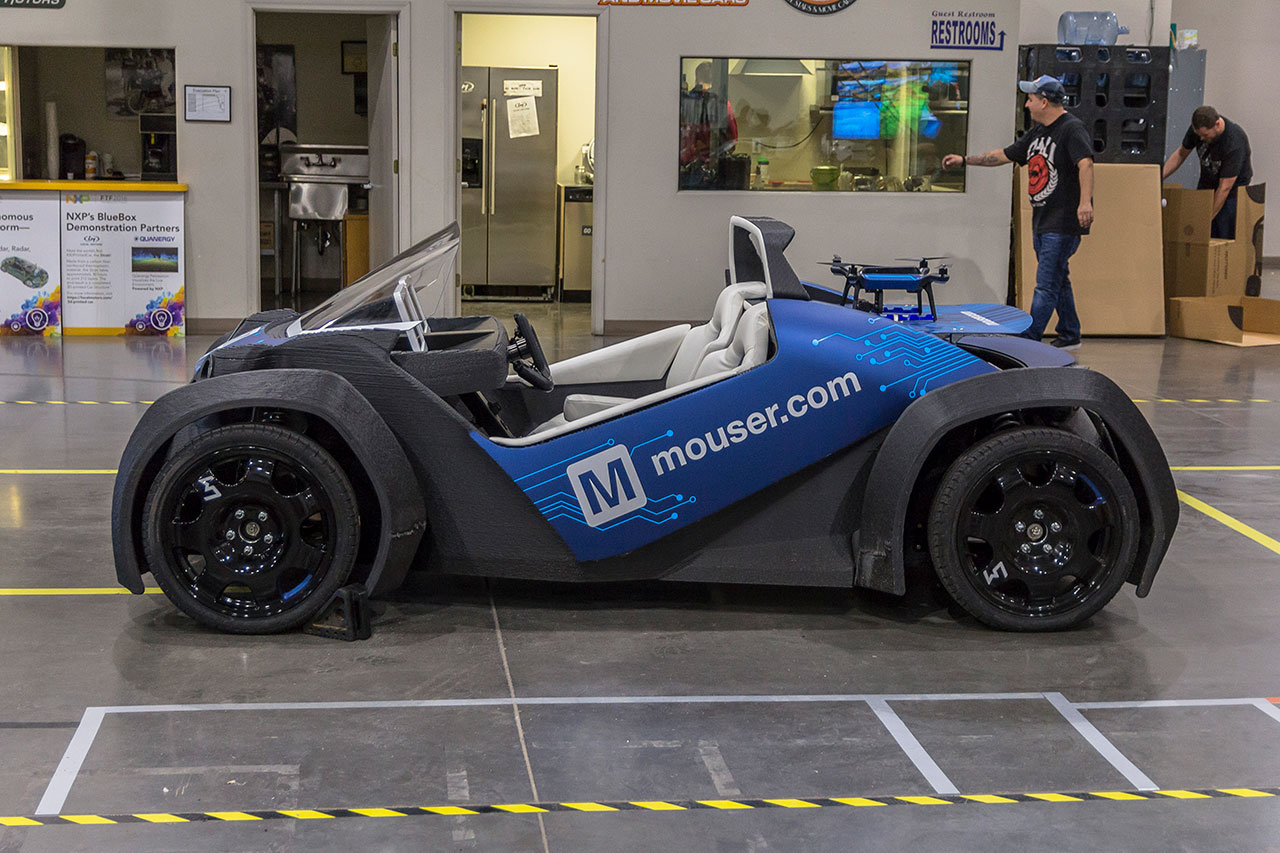 Chief among these products is the Strati, which was first live-printed in 2014, at the International Manufacturing and Technology Show in Chicago. Jacqueline adds:

“Built using ABS plastic reinforced with carbon fiber, we can now print a Strati in about 24 hours, but we hope to shorten this process even further. Strati in its current form will be sold as a neighborhood electric vehicle, but Local Motors is also working diligently to bring the world's first highway-ready 3D-printed car to market.”

Now, the Strati is being used to drive innovation for autonomous vehicles through the Essence of Autonomy Challenge. This, Jacqueline explains, was conceived as a competition where participants are challenged to envision what could be possible for vehicles in a world where they are fully-self driving.

Through a partnership with Mouser Electronics, the electronic components distributor, Local Motors was able to bring this vision to life. Using the Strati, contestants were able to develop and test the features they created. 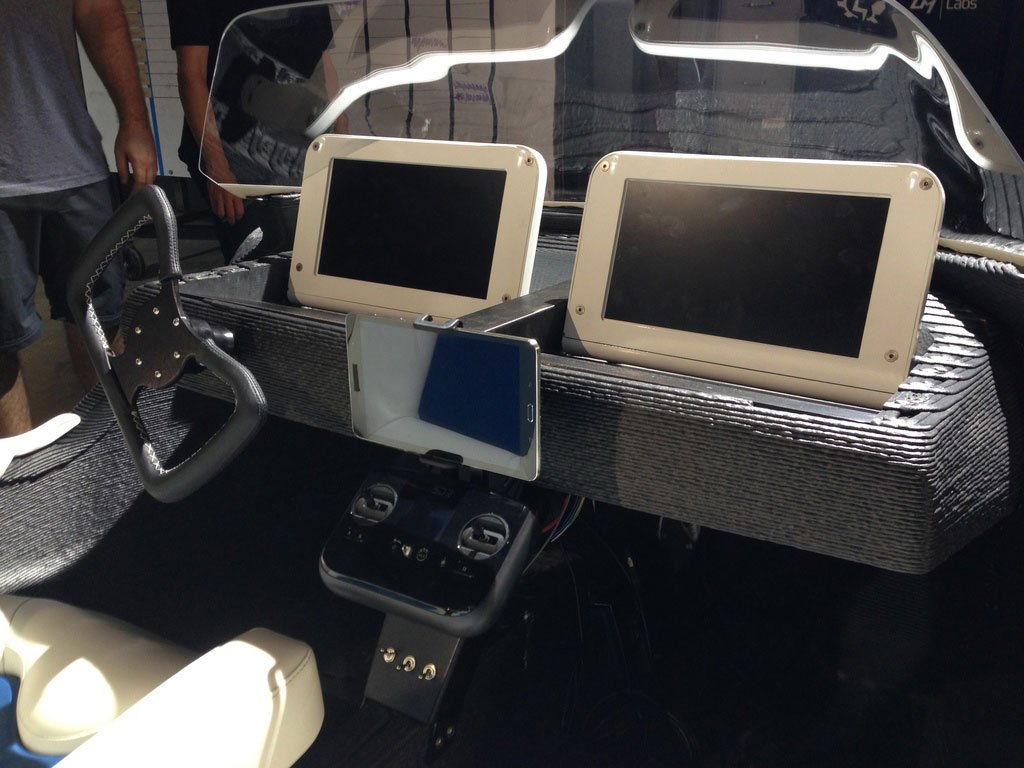 The winner of the competition was Fly Mode by Finn Yonkers of New Jersey, where the Strati comes equipped with screens and a drone. Jacqueline explains:

“When switching into self-driving mode, the drone can take off from the launch pad on the back of the vehicle, and screens deploy in front of the wind shield. The drone sends video and images of the countryside to the screens so that the driver can get a unique bird's eye view of the surroundings.”

While the challenge won’t be an annual one, Jacqueline stresses the importance of input from Local Motors’ co-creation community when designing new vehicles, and adds that there could be future challenges involving modifications and improvements to the Strati. 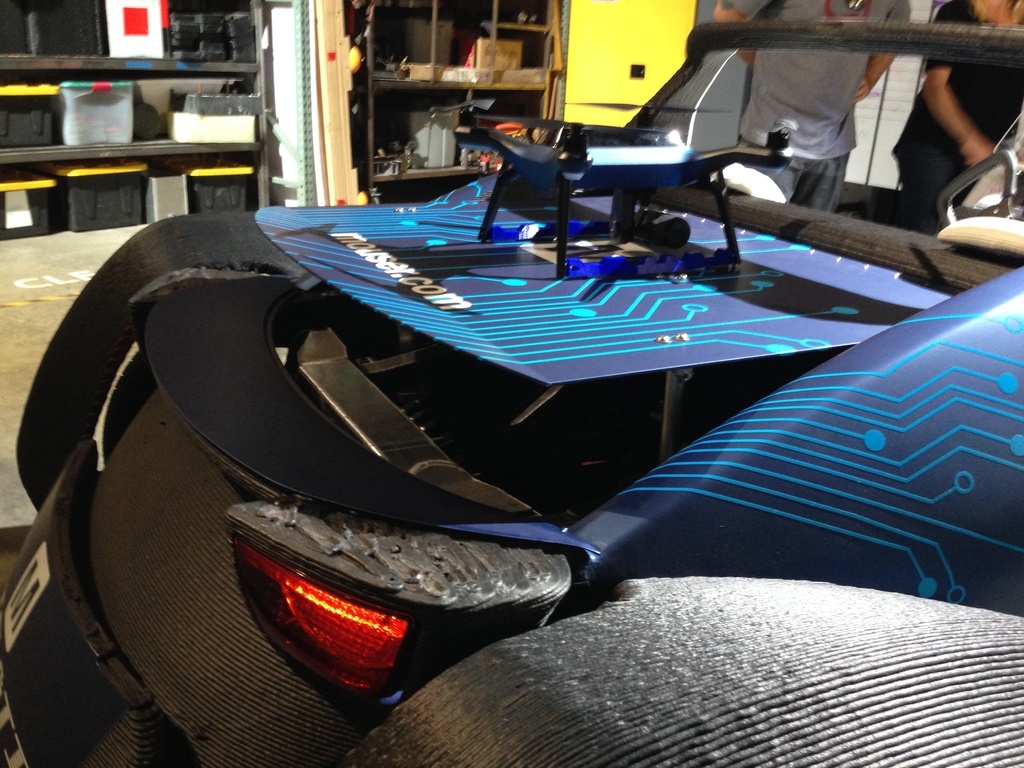 As for the goal of the challenge, Jacqueline says, “We wanted people to forget the responsibility of driving and let themselves be free to explore the incredible things self-driving vehicles would allow us to do.”

“Could we read more? Catch up on sleep? Watch movies? Get more work done? All of these things are possible when we are not encumbered by the need to pay attention to the road.”

What features would you add to the autonomous car? Let us know in the comments below.