Get in the car. Fasten your seat belt. Turn it on, and prepare to let the technology take over. You’re about to be driven where you need to go, and that time you used to spend checking your blind spots, weaving in and out of traffic and waiting at stop signs has been handed back to you.

As the world gets closer to autonomous or self-driving vehicles, how we choose to occupy ourselves could have a major bearing on the speed at which we’re comfortable traveling. In fact, recent research from Imperial College London suggests the way in-car technology changes us from drivers to passengers needs to be carefully considered as a factor on road congestion. 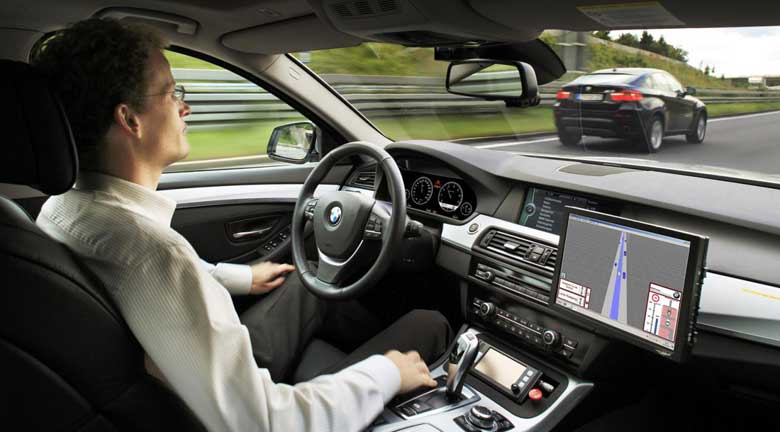 In Autonomous cars: The tension between occupant experience and intersection capacity, a group of researchers conducted simulations of traffic patterns to see whether self-driving vehicles would really help make getting from A to B a little smoother. Though the study emphasizes the need for further research, it raises some uncomfortable questions about the influence of human psychology in making connected cars move faster or slower.

“Car passengers can perform a greater range of leisurely and productive tasks than car drivers, and they also appear to begin to experience feelings of discomfort at lower rates of acceleration than car drivers,” the study says. “Our findings suggest a tension in the short run between these two anticipated benefits (more productive use of travel time and increased network capacity), at least in certain circumstances.”

In other words, when you’re no longer steering, hitting the gas pedal or braking, you may not want the car to move as quickly.

Scott Le Vine, the lead author of the research, and who works at Imperial College’s Centre for Transport Studies, told HERE 360 one of the leading possible tasks considered as part of the study was watching movies or TV. Of course, those sitting in an autonomous vehicle could also be playing video games, reading or talking on their phone, and any of these activities could have a bearing on whether they’re willing to let their vehicle run a red light or keep within the speed limit. 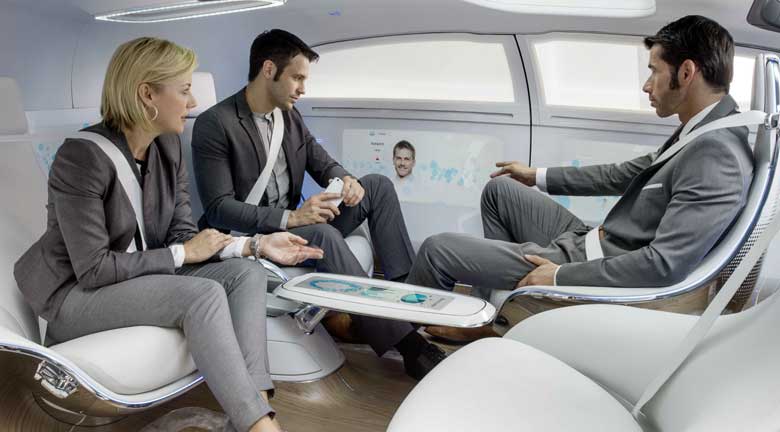 “I think ultimately the issue here is that transportation is about more than getting to where you need to go as quickly as possible,” he said. “In part, it’s about getting where we need to go quickly and getting there comfortably.”

Part of the challenge in conducting this kind of study is that we have little real-world data to go on yet, Le Vine said. That’s why he and his team looked to an analogous experience: that of riding as a passenger on a train. For example, urban light rail transit and inter-urban high-speed rail has been standardized to some extent to move at a pace that won’t make people feel anxious.

“It’s something that’s well-defined,” Le Vine said. “All we or anyone else has to do is look at light rail and those numbers are easily and readily accessible. You can then map that out into autonomous cars. The second reason is that there’s an awful lot of information about people and their use of times on trains.” 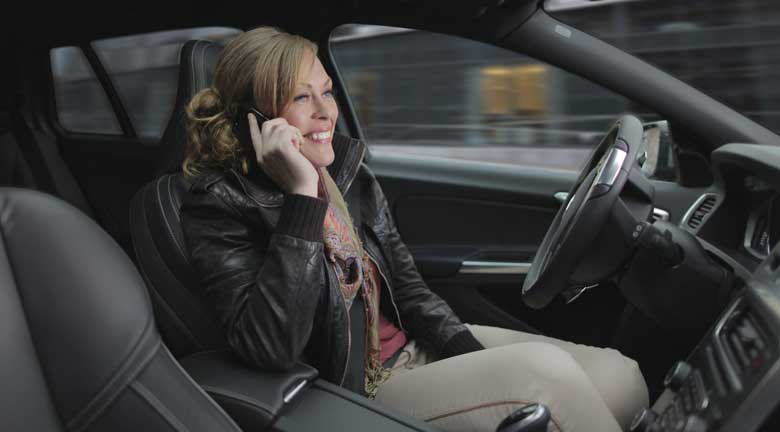 Of course, the analogy isn’t perfect. As the study notes, rail passengers have no real control over a train’s speed, whereas autonomous car owners may be able to adjust acceleration and stopping speeds in some fashion. At some point, though, they may need to trust their autonomous car the way you have to put faith in an unseen train engineer.

Another question mark may be around the technology outside the car. For example, as we noted in an earlier story on HERE 360, Juniper Research recently suggested smart traffic management systems could offer enormous benefits in reducing congestion and exhaust fumes within the next four years. However even there, Le Vine wonders how accurately we can predict what will happen.

That’s because there could be a conflict between the public benefit of having cars move in such a way that congestion is cleared up and the private benefit of moving at a speed that makes them feel at ease doing whatever they do once they’re not actually driving. This is what La Vine said automakers, city officials and others need to consider as they bring products and policies into the market.

“We’re not saying this is a good or bad thing. Our ambition is to expose that it’s an issue and it needs to be looked at,” he said. “We’re merely discerning the best we can in a vigorous way.”