A car shared removes 17 private vehicles from the road!

Car sharing has been a buzz term in recent years, with millions of people in busy cities around the world opting to rent cars from companies like Zipcar and DriveNow instead of owning their own cars. 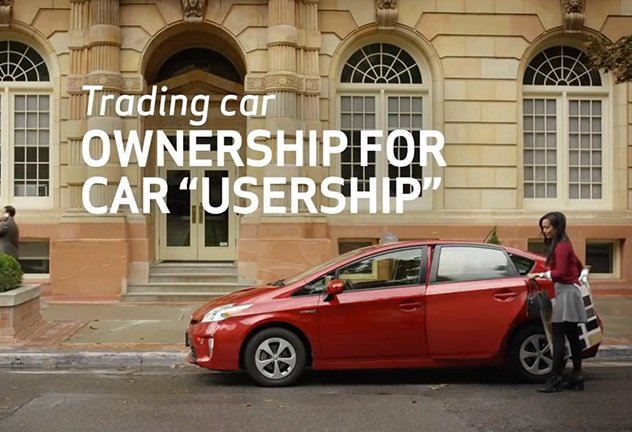 Is car sharing a realistic proposition for all of us though, and should we be thinking about ditching our cars for good? We take a look at what car sharing involves, along with the benefits to society as a whole, in a bid to find out whether private car ownership has had its day.

Easy to be cynical

It’s easy to see downsides to selling up and switching to car sharing, and with no car on your drive the second you need it, you’ll be a lot less likely to make impromptu and unplanned journeys. That has to be a good thing for the environment though, and it also means you’re more likely to walk or use public transport for shorter, less necessary journeys.

There are other potential pitfalls, too. While the fact it’s not actually your car is great when it comes to maintenance costs, it’s not such a positive thing if anything happens to the car itself. If the vehicle is damaged while it’s in your possession, you’ll be charged for the repair. That protects the car-sharing companies from reckless abuse of their property, but that may not be much of a comfort if you pay a hefty repair bill for a car you’ll probably never see again. 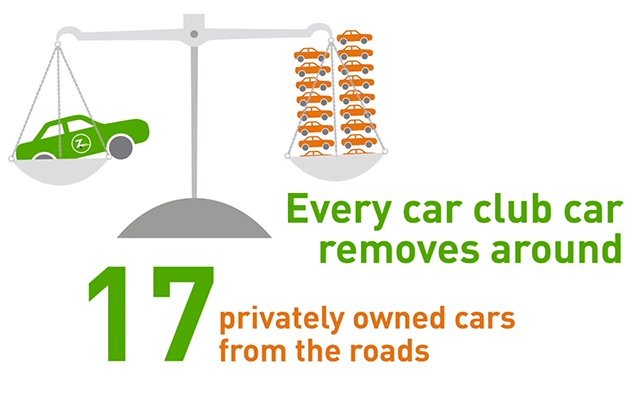 There are also plenty of benefits for individuals, though. Not least saying goodbye to long-term parking costs, garages and the need to pay for replacement parts if anything breaks. Michael Fischer, from car sharing company DriveNow, highlights flexibility, convenience and lifestyle as the main advantages of opting for car sharing above ownership.

Michael explains that statistically, more than 100 people share each car the company provides, and adds: “The alternative would be 100 private cars. So car sharing can save space in cities.”

“Our cars are used 6-10 times a day on average,” says Michael, “and for more than three hours at a time. That’s almost four times longer than private car use.”

A hefty number of the company’s vehicles are on the road at any one time, with Michael adding: “In Berlin, for example, a quarter of our fleet is constantly in use. All the other cars are parked on the street, and available for the next use.” 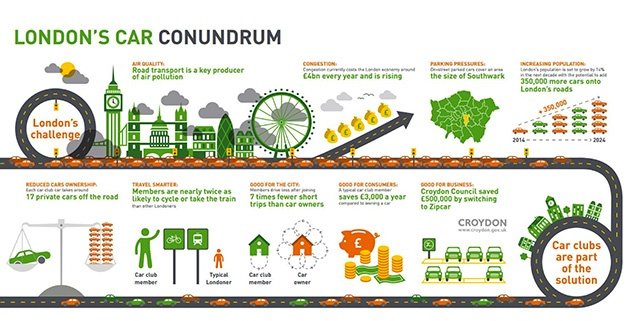 Berlin isn’t the only city to benefit from car sharing, with Zipcar launching a fresh initiative for the UK capital called Car Lite London, and the company claims it could help London to lead the world in delivering “smarter, car lite living”.

Zipcar explains that one of its vehicles “effectively removes around 17 privately owned cars from the streets”, before adding that “club members drive seven times fewer short journeys (less than five miles)” than their car owning equivalents.

Both of those stats should have a positive impact on the environment, but car sharing could also make a difference when it comes to cutting traffic during rush hour times, with the company adding: “Members tend not to commute by car or drive so much during rush hour – it simply does not make sense to pay for a car that is parked at the office all day.”

Turning any car into a Zipcar!

These schemes aren’t just being promoted by car sharing companies, either, with US network operator Verizon also pushing its own clever solution. Verizon’s Auto Share sees a QR code in car windshields that, once scanned and validated, would give a smartphone the ability to unlock and start the vehicle.

The same tech wouldn’t even need to be based around cars, but could be used for virtually anything a QR code could be added to. A world where we share everything? It may sound crazy, but that’s exactly what Verizon is dreaming of.

Making a difference to congestion and the economy

There’s a whole lot more than individuals to consider when it comes to car sharing, with a study from the University of California-Davis suggesting savings of up to $100 Trillion could be made by ditching private car ownership.

Zipcar adds that congestion alone in London costs the UK £4bn a year, and with the population expected to grow by 14 per cent in the next ten years, things are only going to get worse.

Michael Fischer is convinced it’s the future for bustling cities, adding: “It definitely works best in big metropolitan areas where the demand is higher, but where there are also traffic problems like congestion and visible air pollution. Add in the flexibility offered by being able to order a car when you need it, and forget about it when you don’t, and what’s not to like?

HERE is even doing its own bit for car sharing, providing the location intelligence behind SAP’s TwoGo car sharing service. TwoGo makes it easy for employees to share commutes to work, helping them to network more efficiently, cut down on costs and, most importantly, help to cut down on vehicles travelling during rush hour.

And in the next future, when most cars will be connected, solutions like HERE Auto will be able to recognize who’s sitting in the car, load his or her profile and adjust everything from the music playlist to the position of the seat/mirror. That will make using car sharing services even more personal and the difference between car sharing and car ownership will fade away.

Is the idea of saving money, along with helping the environment and economy enough to sway you into thinking about car sharing though, or will you be sticking with your own beloved vehicle? We’d love to hear your opinions, so leave a comment below.