The amount of time you want to spend in a car while commuting is usually somewhere between 'none' and 'as little as possible'. The desire to get to a destination quicker is one of the many reasons people break speed limits, cut corners, and drive a little more recklessly. As the autonomous vehicle hurtles closer to reality, we wanted to take a look at whether it would make your journeys longer, or shorter.

Many of the proposed benefits of the autonomous vehicle - reduced traffic congestion, improved efficiency, lower fuel consumption - are a direct result of taking control away from human drivers, who are, unsurprisingly, prone to human error. Despite our best intentions, drivers creep over the speed limit, or cut into traffic a little too hastily in order to get to our destinations on time.

Autonomous vehicles and many current advanced driver assistance systems (ADAS) features are, by design, law-abiding - ensuring that vehicles or their drivers don't change lanes too erratically or exceed speed limits. This means that an autonomous vehicle will never be able to 'rush', in the same way a human might choose to. 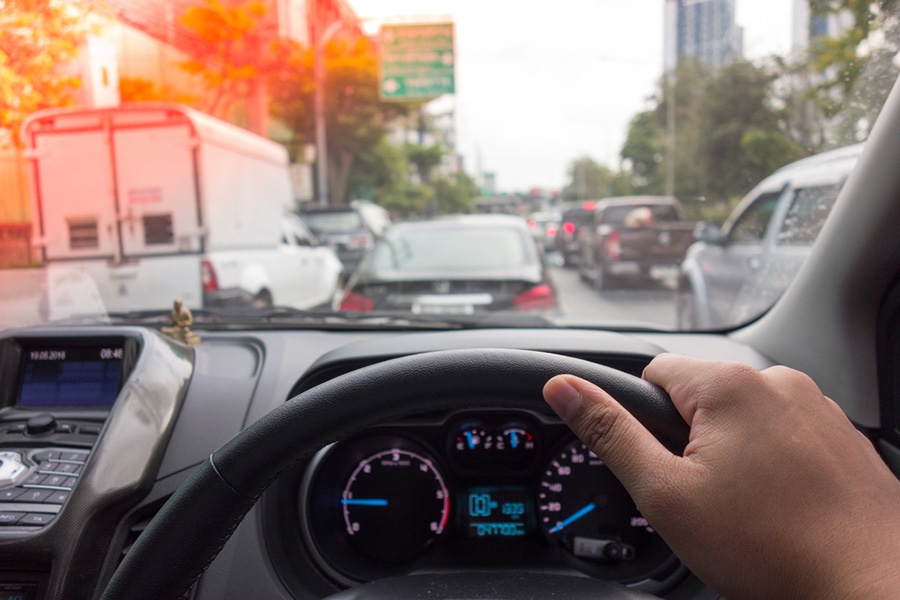 So, by taking control away from the human driver and placing it in the hands (or wheels) of an autonomous vehicle, will we see journeys shorten, or lengthen?

We spoke with Missy Cummings, Director of Duke University's Humans and Autonomy Laboratory, who says that, in the long run, journey times will likely improve with autonomous vehicle adoption. She explains:

"Autonomous cars travel at around the same speed as manually-driven ones, so speed wouldn't be the issue. If we're talking about normal circumstances where there hasn't been an accident on the road, and where cars are operating in the regimes they were designed to operate in, it'll change journey time dramatically for the better."

Of course, this is assuming the infrastructure for autonomous vehicles is in place, and this assumption relies upon such vehicles having unparalleled connectivity to the world around them.

Connectivity is fuelling the development of autonomous vehicles, and by gathering and sharing data through the cloud, is helping to equip the driverless car with insight to help it safely navigate the roads and, crucially, communicate with one another.

This would, for example, make navigation of intersections far more seamless and mean that passengers would move more quickly through road networks that, were they manually driven, might be gridlocked.

A paper from researchers at MIT suggested the extent of how efficient a new, autonomously-driven, slot-based system would be - music to the ears of any commuter who's arrived half an hour late thanks to a particularly irritating junction.

Missy adds: "With the development of the Internet of Things, cars would be talking to each other, and would be able to share the roads more efficiently - this would mean that, in a perfect world, we'd spend less time in traffic jams and would see significantly reduced travel times."

Sadly, we don't live in a perfect world, and Missy states that things may need to get worse, before they get better:

"It is likely that, in the early years of autonomous vehicle adoption, travel times will be extremely negatively impacted. Where not every car on the road is autonomous, vehicles could easily get into situations where they get confused."

"For example, if in London, three driverless cars become confused by an incident on the road and all stopped to prevent an accident, that could cause a very serious traffic jam and put the city into gridlock."

Missy stresses that this is especially the case if autonomous vehicles have no steering wheels or option for manual override. She adds: "We just don't know how they might behave in those first few years, and incidents like this may occur and cause disruption."

Stepping aside from driver journey time, such setbacks could also have a huge impact on the widespread adoption of autonomous vehicles.

Indeed, a recent HERE survey found that trust is the greatest barrier for autonomous vehicle adoption. If the first few years of the autonomous car sees an increase in accidents, congestion, driver confusion and more, it is unlikely that this trust will be gained quickly, and patience will be required if this is ever to come to fruition.

In the meantime, it's useful to refer to that old idiom, most famously used by Harvey Dent: 'the night is always darkest before the dawn'. Essentially - our journeys may need to get longer, before they get shorter.