Where drones have been and where they’re going

Where drones have been and where they’re going

With more drones in the air than ever before and commercial delivery applications already taking flight, it’s important to know the history of drones so you can understand the future.

If you’ve ever heard what sounded like a swarm of angry bees in your backyard and looked up to see a drone hovering overhead, you’re not alone—and it’s sure to become a more common sensation. While an estimated 600,000 drones fill the air, the needs for safety and regulation are racing to stay ahead of technology, demand and innovation.

From the day Nikola Tesla first amazed an audience in 1898 with what appeared to be a small, unmanned boat that appeared to respond to voice commands, to the retail introduction of the Parrot AR drone at CES in 2010, drones have captured the imagination of generations—and been utilized by governments, hobbyists and businesses alike.

And while drones may still feel like science fiction, autonomous flight has been part of our everyday lives ever since the Sperry Corporation introduced autopilot to cockpits in 1912. Today, multiple levels of automation technology are regularly used in each of the over 830 million commercial flights that carry more than 8.5 million passengers every year.

Unmanned delivery from above—around the corner and around the world

You’ve surely heard of Amazon’s delivery drone plans in the news. And while they continue to develop the technology in the United States, the United Kingdom, Austria, France and Israel—and test their drones all over the globe—delivery drones in Africa are already changing lives.

In 2016, San Francisco-based company Zipline deployed delivery drones they called “sky ambulances” to deliver medicines and supplies to remote hospitals in Rwanda. While this is a noble development worthy of praise, what safety concerns will there be for delivery drones in congested cities and towns? 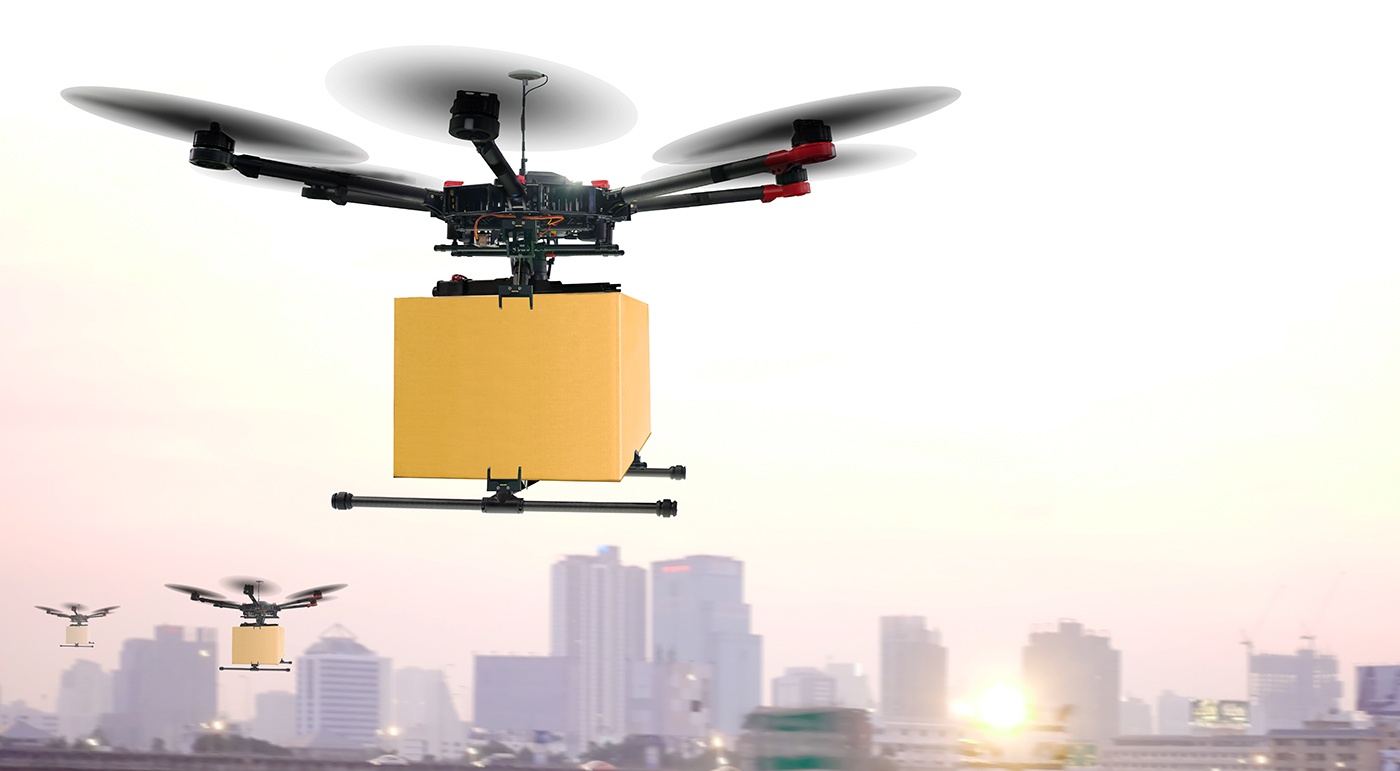 Safety and regulation of drones is key

The simple economics of drone delivery are still a challenge. The fact that a single delivery truck can carry dozens or hundreds of packages to their destination means there will have to be a drone per package in the air at any time—all autonomous and programmed to take off, follow a travel corridor, land and return safely.

With an increase in drone traffic posing obvious risk, the FAA introduced “Part 107” a rule to regulate drones and increase safety for other aircraft, people and property on the ground.

So while you may receive a birthday gift delivered by drone well before the days when you jump into your flying car to commute to work, know that drones have been with us since well before the recent headlines and news stories. And autonomous, unmanned flight technology has always been developed with a focus on safety.