What HERE learned from its autonomous cars simulator

What HERE learned from its autonomous cars simulator

We already know that the autonomous car prototyping platform from HERE has the potential to build trust in autonomous cars, but how did it all come about? Read on, as we talk to Tanja Neubert and Stephan Sheunig from the HERE design team. 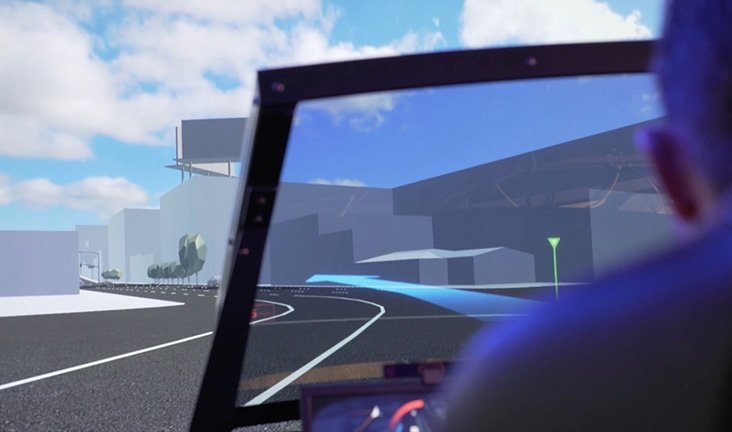 “This project was a joint operation between our prototyping team from the design studio, the automotive design team who cover things like UX design and the sound design team,” Tanja explains.

That included everybody from product marketing and design teams to management, with HERE employees sitting together in a room for a couple of days and scripting out how they wanted to connect the infotainment system, the navigation, with an advanced insight into the road network.

“The first thing we did was look at the automated driving experience holistically, and we had a couple of brainstorming sessions with lots of people involved from different teams to come up with a scenario that would cover what we call ‘key moments’.” The key moments were decision points when driving, or handover scenarios between driver and autonomous car, and there were very specific scenarios which the HERE employees thought were interesting and wanted to spend extra effort solving issues or showing their expertise.

The biggest question was how could HERE facilitate a handover from autonomous to manual driving and vice versa? How do you make the driver aware that there’s autonomous driving available, for example? This is the standard scenario, but beyond that the teams also looked at what’s happening if the driver is not taking over control. Are they falling asleep? What if something unexpected is happening? The simulator has a scenario with boxes dropping into the road from a van in front of the car, for example. 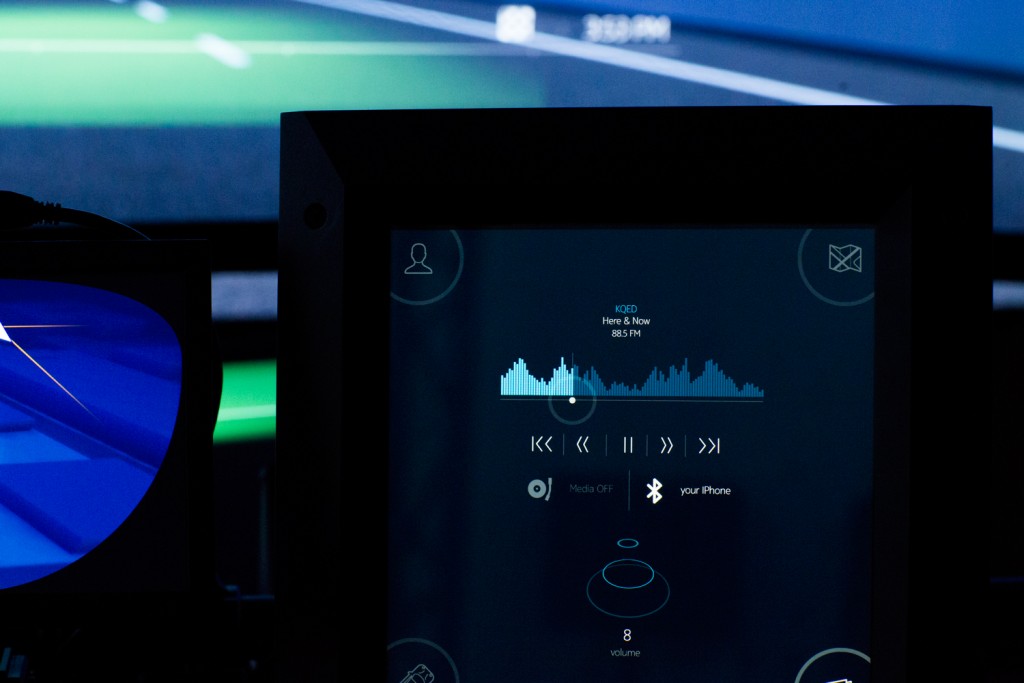 “When it comes to the handover we always want you to feel safe in the car, so you need to have a fallback solution,” says Tanja. You need to trust the car, and even if you miss the handover because you’re distracted, there needs to be a backup. The most common solution is for the car to park itself somewhere safe – if you’re falling asleep, you don’t want to have the car parked on the side of the highway.

Sound is also incredibly important when it comes to building trust. You can see and feel what’s going on around you but it’s also easy to lose yourself in a book or movie – you can’t really ignore sound, you can’t close your ears, making audio an integral part of the project. “We looked at how we could use sounds to make the driver aware that there’s a vehicle approaching, for example, and we created all the sounds in-house.”

This simulator wasn’t just about building trust in autonomous cars though, and the project also gave HERE the opportunity to show off its expertise and learn a lot in the process. Stephan explains:

“It’s not just a demo tool for external use. It’s also a very flexible lab environment that could cut down on communication and alignment, you can basically have an idea that you can materialise very fast with any sort of display you can think of.”

It means HERE can invite its employees to demonstrate their ideas, and that could mean designers, managers, developers or other employees. It’s also possible to include hardware from actual cars into the simulator, so it’s not a completely fake environment.

It was this flexibility and simplicity that impressed most when HERE demonstrated the simulator to leading automotive OEMs, with Stephan concluding:

“The feedback was particularly positive. People particularly liked how we found simple solutions to complex challenges such as the handover, and they were impressed by the user-friendly design. Whatever a driver does with the car should just work – it should almost read their minds, and all the companies that tried out the simulator gave us credit for that. It was a good moment for us.”