These innovative tech-solutions are helping rid the world of pollution

These innovative tech-solutions are helping rid the world of pollution

You can likely list countless technologies that are designed to reduce their own waste. But how many do you know that reduce the waste of others?

While goals like “waste neutral” and “carbon zero” are crucial to ensuring today’s products and lifestyles aren’t leaving pollutants in our air and waterways, they don’t address the fact that our environments are already heavily polluted. As such, companies around the world are now rethinking existing technologies so they'll ideally minimize their ecological footprint while leaving their surroundings cleaner than they were found.

The CityTree (right) – a vertical garden that began rolling out in major European cities in 2014 – has a bold claim to fame typical of the technology industry: it’s better than a normal tree, absorbing 275 times more pollution than its natural counterpart. However, as a structure that can be sat on while simultaneously cleaning the air through its moss-covered design, it doesn’t exist to replace trees.

We shouldn't limit this sort to thinking to static objects. In 2017, Chinese bike-sharing giant Ofo teamed up with Dutch innovation lab Studio Roosegarde to bring pollutant-extracting technology to its two-wheelers, resulting in a “smog-free bike” with a mounted air filter. Beyond bikes, in 2018 the Bluestar bus was tested in Southampton, UK, which captured fine pollutant particles in the air while being driven, and pushed out clean air behind it.

We might not be having much success pulling trash out of the ocean yet, but Baltimore is already doing the next best thing. The city’s humorously named Mr. Trash Wheel removes litter and debris from the local harbor, preventing it from making its way into the Atlantic. 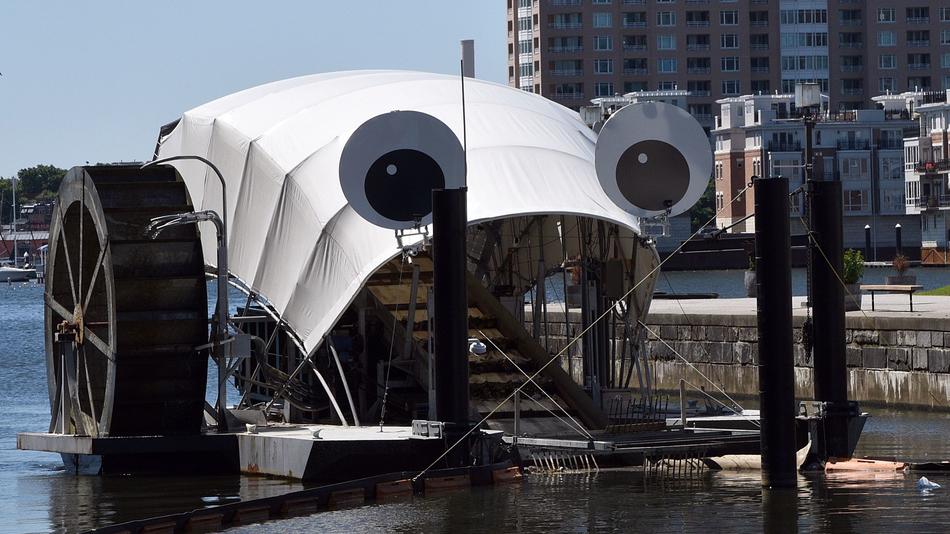 The system operates like any water wheel, using the energy generated from the Jones Falls River current to draw garbage into a dumpster (and in case the flow is too gentle, solar panels provide extra motion). Since its introduction in 2014, 1.5 million pounds of waste have been retrieved, and its success has led to the development of additional trash wheels in the city.

It isn’t just the skies and seas that are polluted – there are millions of human-made objects orbiting Earth, some as small as specks of paint and others weighing as much as 8,000 tons. And because these objects can be hurtling at over 17,000 miles per hour, they pose a significant risk to astronomers and active satellites.

RemoveDebris, a satellite built at the University of Surrey, aims to solve this issue with a built-in net and harpoon. While it is literally rocket science, it isn’t too hard to imagine how it works: the net can capture significant amounts of waste, and the harpoon can spear large objects. The satellite can then drag the space junk into Earth’s atmosphere where it’ll safely disintegrate. While its 2018 launch served only as a proof-of-concept, there’s hope that it can lead to low orbit garbage recovery missions.

Whether under the sea or 1,200 miles above Earth, there’s still a long way to go toward dealing with pollution. But as bright minds are proving, there are many ways we can adapt existing technologies to make our world a cleaner place.