Traffic-related deaths are increasing. Is a self-policing app the answer?

Traffic-related deaths are increasing. Is a self-policing app the answer?

Pedestrian fatalities in the US reached a near 30 year high according to the Governors Highway Safety Association; an estimated 6,227 pedestrians were killed in 2018.

According to an Outside magazine article, “Cyclists make up less than 1 percent of all vehicle traffic but comprise nearly 3 percent of road fatalities nationwide." In 2016 the US experienced the deadliest year for cyclists since 1991, with 840 deaths nationwide.

Los Angeles, a city notorious for its traffic, experienced a 5 percent increase in pedestrian deaths, despite being 3 years into their Vision Zero plan. There are many factors contributing to the rise in pedestrian and cyclist fatalities nationwide including: 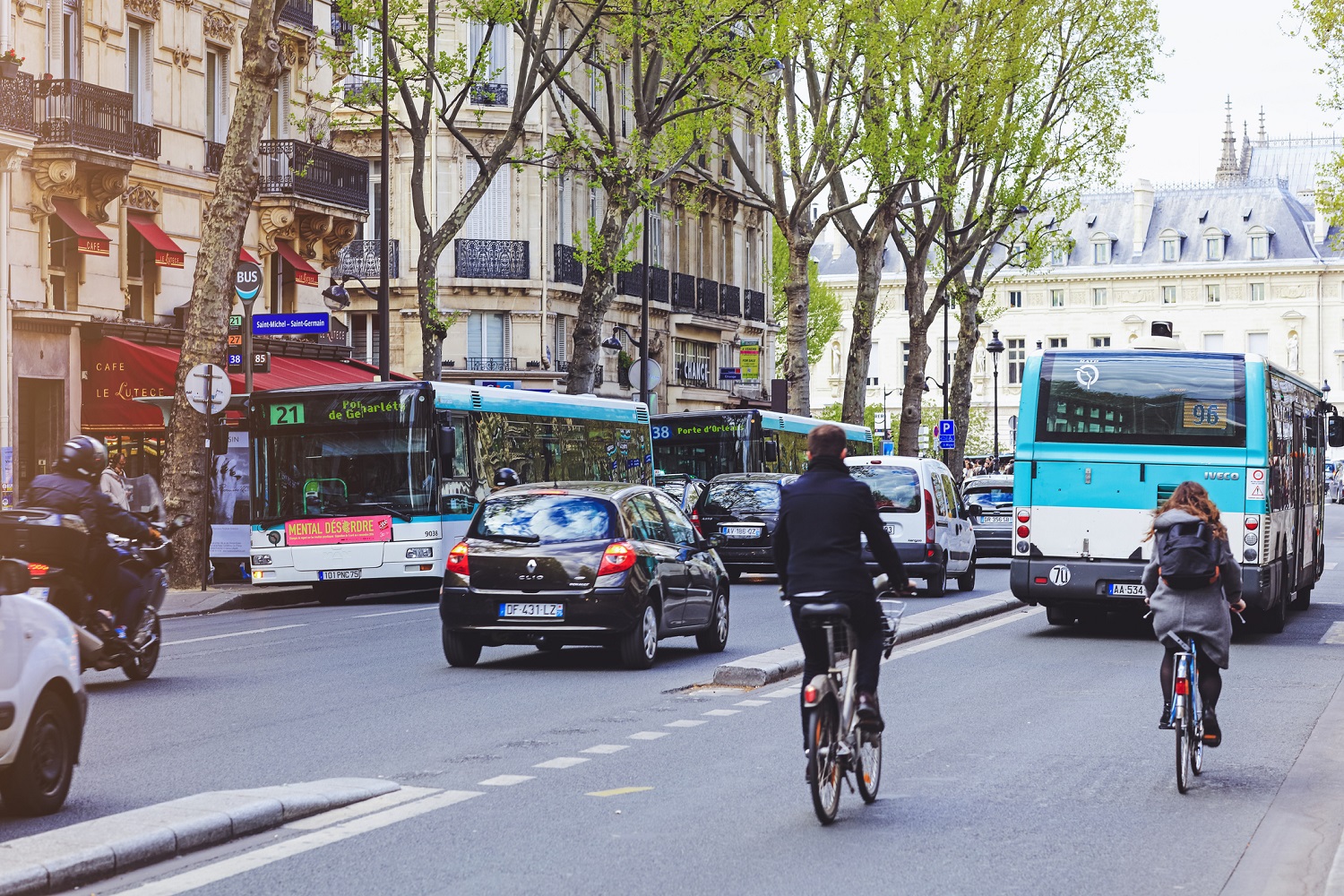 The Copenhagenize Index 2019 ranks the top 20 most bike-friendly cities across the globe.

People seem to feel one of two ways when it comes to dedicated bike lanes; they either love and support them or they don't. For those who are fans, bike lanes allow for a safe, effective and more sustainable alternative to driving. Bike lane supporters, you have a brand new app on your side, keep reading! For those of you who aren't exactly pro-bike lane you should probably keep reading, too.

Safe Lanes is an app where users can report those who are violating a dedicated bike lane by simply snapping a picture of the offender's license plate and filling out a couple of details to submit a report. 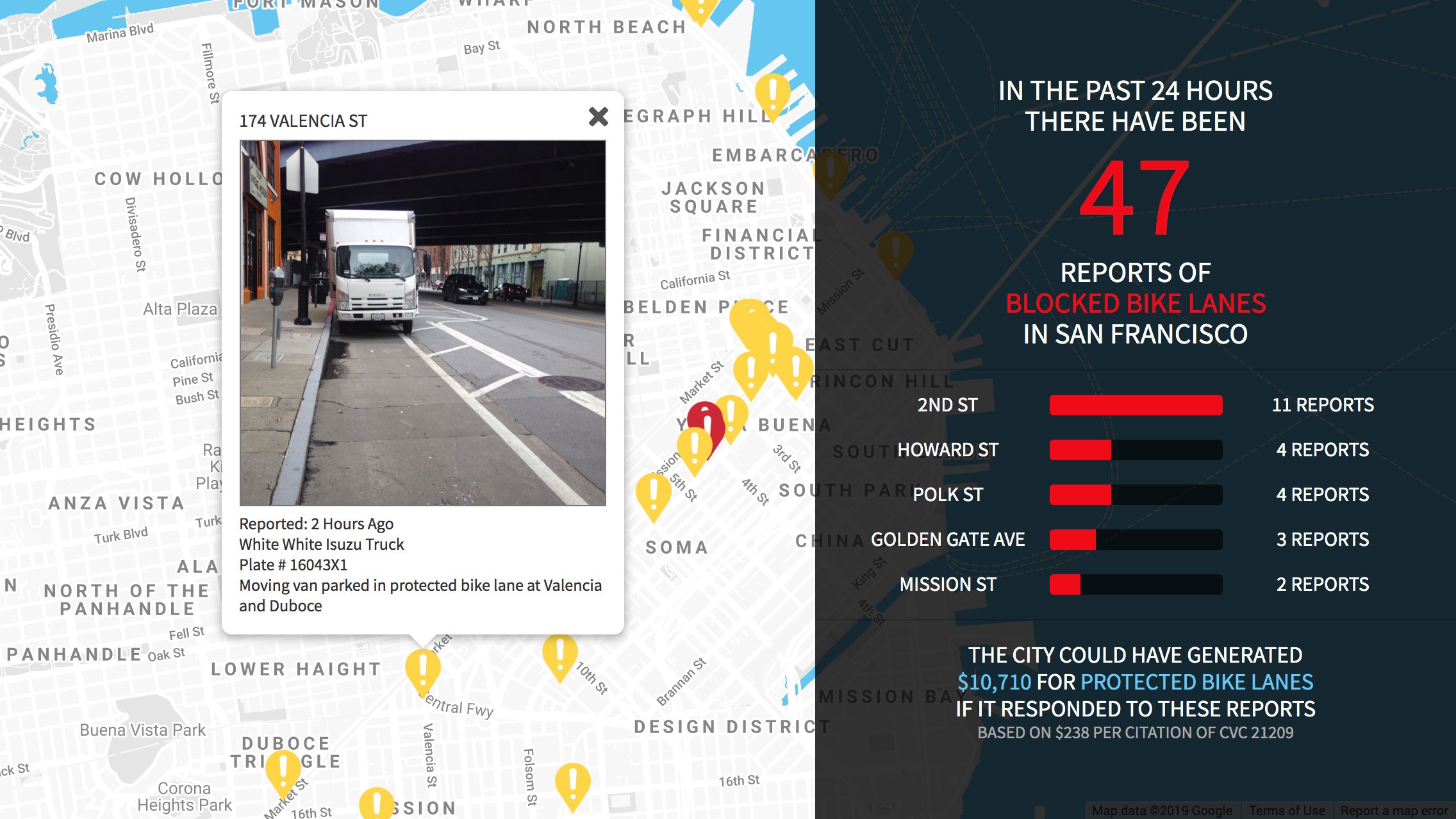 Violators are those who use a bike lane improperly, for example delivery trucks unloading, rideshare vehicles picking up or dropping off users, parked private vehicles, abandoned scooters and more.

User reporting enables Safe Lanes' data analysis platform to identify areas that are particularly prone to violations and the times of day the violations are most likely to occur which helps cities to prioritize these problem areas and use resources efficiently.

The community is noticing, too. Safe Lanes, along with two other public-safety focused startups, won research and development grants through the DCx competition hosted by the D.C. Office of the Chief Technology Officer.

In an effort to promote safer cycling and scooter riding, Lyft, the largest bike share operator in the country has added protected bike lanes and bike-friendly routes to its app in New York and DC.

For some people the Safe Lanes app feels a bit too 1984, some even call it a “narc app" but as the company states, “These insights are also shared with local planning officials to inform curbside management and determine loading zone placement in future bike lane designs." Hopefully this information will go beyond tattling to serve a deeper purpose highlighting mobility and safety issues and guiding public officials and planners to make data-fueled decisions for safer, smarter cities.

From bike-share systems, e-scooters, ridesharing, food delivery and more, the curb is growing increasingly crowded. We asked six experts how to better optimize curbside space. Here's what they said.