Reducing the impact of disasters through design

Reducing the impact of disasters through design

We can’t prevent natural disasters, but with innovative design and technology, we can make sure their impacts on people and cities are minimized.

It often takes a natural disaster to get governments and businesses thinking about resilience-oriented urban planning. But with the largest volume of catastrophic occurrences ever recorded happening in the past 25 years, it’s clear that preparing for such events can no longer be an afterthought.

Thankfully, more and more cities are acting, and some of the best minds are finding ways to put their most innovative ideas and technology together to reduce the impact of disasters through clever environmental design. And with our metropolises already on the cusp of reinvention, we have an opportunity to ensure they’re ready for arduous circumstances and capable of keeping people safe. 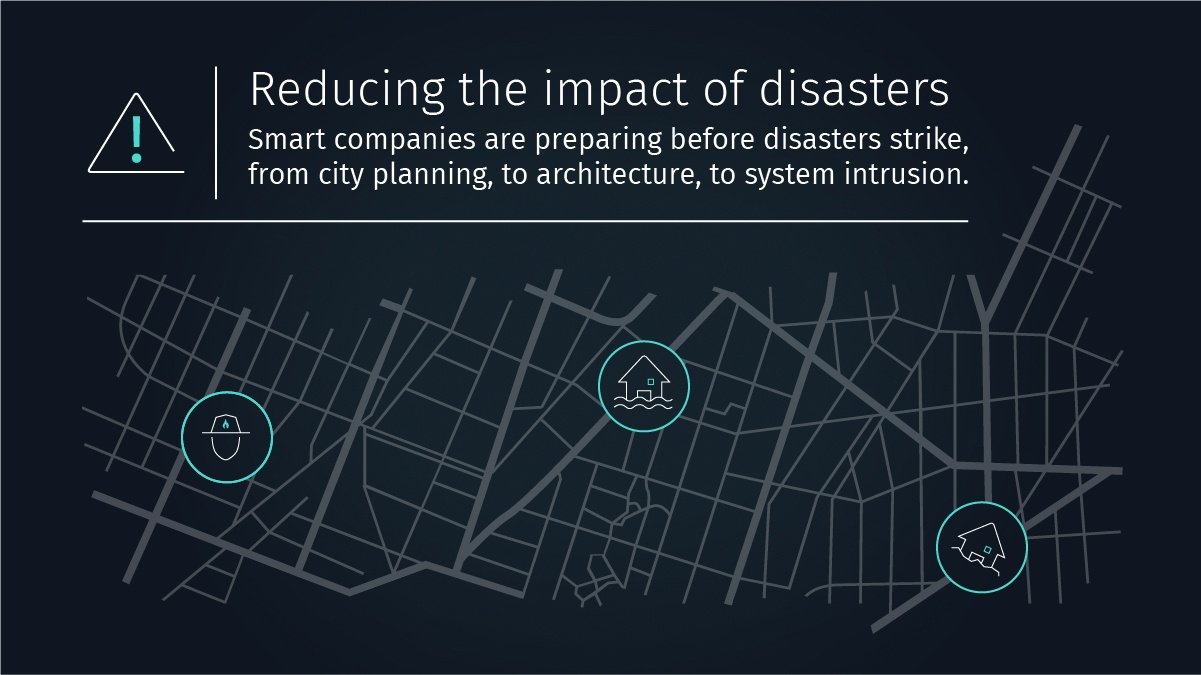 After Hurricane Sandy devastated the eastern US in 2012, the country’s Department of Housing and Urban Development launched Rebuild By Design, a competition to generate storm resistance strategies. The San Francisco Bay Area is one of many regions adopting the same tactic, but it’s not waiting until disaster strikes.

Resilient By Design has seen landscape design, architecture, and engineering firms propose ways to protect the region from rising sea levels, storms, flooding, and earthquakes. Their solutions vary – from recontouring the coastline to establishing floating neighbourhoods – but all of them involve using the environment itself as part of the solution.

It’s a marked change from the approach that cities have typically employed to deal with harsh phenomena, which is to construct large-scale infrastructure, such as stormwater systems. Rather, the proposed concepts all recommend using parks as natural sponges to house and absorb water in the event of storms and high tides.

This isn’t a novel idea. The Netherlands, a nation prone to flooding due to being developed around coasts and rivers, has long since moved past thinking that infrastructure, like sea walls, is enough to withstand the forces of nature.

Instead, the country has moved to a method of giving waterways more space, allowing them to swell without impacting towns and cities. And as is proposed for San Francisco, when water levels aren’t surging, these areas become recreation spots for residents.

When New York City released its Climate Resiliency Design Guidelines earlier this year, it emphasised utilising data to inform future development plans. This mentality points to a future of resilience-oriented urban planning that takes advantage of modern technology, and we’re already seeing this come into fruition.

Artificial Intelligence startup One Concern is using machine learning to better understand how earthquakes affect cities. By combining information on the composition of buildings, the surrounding environment, and seismic activity, the system can predict the damage caused by earthquakes, and then refine its predictions based on historical data. What we learn from the AI could lead to better knowledge of the types of buildings and infrastructure that cope best.

Of course, a crucial element of resilience is being able to efficiently act when crises occur, and AI has shown promise in assisting responders. When Ontario suffered widespread electrical outages following a major storm in April of this year, distributor Hydro One was able to restore power to homes and businesses in two thirds of the time it took to do the same in 2016, and the difference was AI. By using an outage prediction tool developed by IBM, Hydro One was able to determine which locations would be hit hardest prior to the storm’s arrival, and thus knew where its staff should be positioned.

The unfortunate fact is that natural disasters are inevitable for our cities. But through smart design and assistance from ambitious technology, there are more ways than ever to build urban spaces that are resilient and ensure the impacts minimized.