It’s pretty easy to take for granted the blue dot that shows where you are on the HERE map. Behind the screen and up in the Cloud, however, there’s an enormous amount of highly sophisticated technology at work to make that dot appear in the right place. We talked to Mikko Blomqvist, who heads up positioning technology at HERE, to understand more.

“Positioning is a natural part of HERE,” Mikko tells us. “Without precise positioning, you cannot make a map or create location services. It’s thus a vital part of our proposition and one in which we’ve been making technology advances for decades.”

HERE is already serving a large number of solution providers and device manufacturers with positioning services, incorporated into their own software. For example, chipset manufacturers supplying major mobile handset vendors use HERE positioning to get a fix on your location.

Let’s go back to the start, though.

Nearly everyone is aware of GPS, the network of 32 satellites first launched by the USA in the late 1970s. The principle is simple. By measuring the time it takes to receive a signal from three or more of the satellites (and thus their distance from you), you can triangulate your position on a map of the earth’s surface.

As Mikko tells us, though, while theoretically simple, GPS is far from foolproof. “In some geographical areas, and also in heavily built-up city environments – known as ‘urban canyons’ – it’s tricky to get a fix from satellites,” he says. “And, of course, it can’t be used indoors, as GPS signals cannot penetrate walls.”

Because of this proliferation of different satellite networks, it’s become more correct to use the abbreviation GNSS (global navigation satellite system) rather than GPS – unless you just mean the US satellites, of course.

The second factor is power consumption. Searching for satellite transmissions is relatively power-hungry compared to other methods for finding your position. For this reason, most devices today actually use Assisted GNSS services.

The A-GNSS services supplement satellite services with position information obtained over an internet connection to provide a faster first fix of the device’s position. For most applications, this means you can start using your map or other location-based service within a couple of seconds. 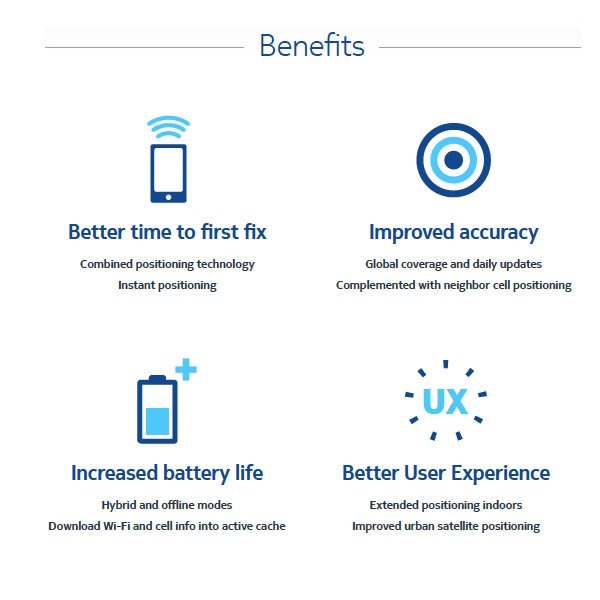 Mikko explains: “A-GNSS improves the speed – the time to the first fix. It improves accuracy and it improves sensitivity in difficult conditions – which is to say that it can work with a lower strength signal – for example, in built-up areas. At the same time, it is more power-efficient as it can make use of the first signal discovered without the need to look for a stronger one.”

The A-GNSS service is a good supplement to regular GNSS, but HERE positioning technology can go further. Network positioning is a technology that uses your device’s built-in appetite for radio signals to obtain a fix.

Unless you’ve put it into Airplane Mode, your smartphone is continually looking for cellular network signals and Wi-Fi networks. By compiling this information, it can be turned into an ever-growing map of the planet’s radio environment – which is exactly what HERE has done.

Using this system, HERE positioning services can look at the list of which cellular and Wi-Fi networks are available and derive your position. You might think of Wi-Fi access points and cellular networks as acting like mini-satellites. By knowing which signals are in range, your device can work out exactly where it is.

“Devices work out your position by triangulation of these Wi-Fi and cellular radio signals,” says Mikko. Since this technology uses the existing measurement technology of smartphones and most other connected devices, network positioning does not require any additional power-consumption and re-uses the signals already obtained. 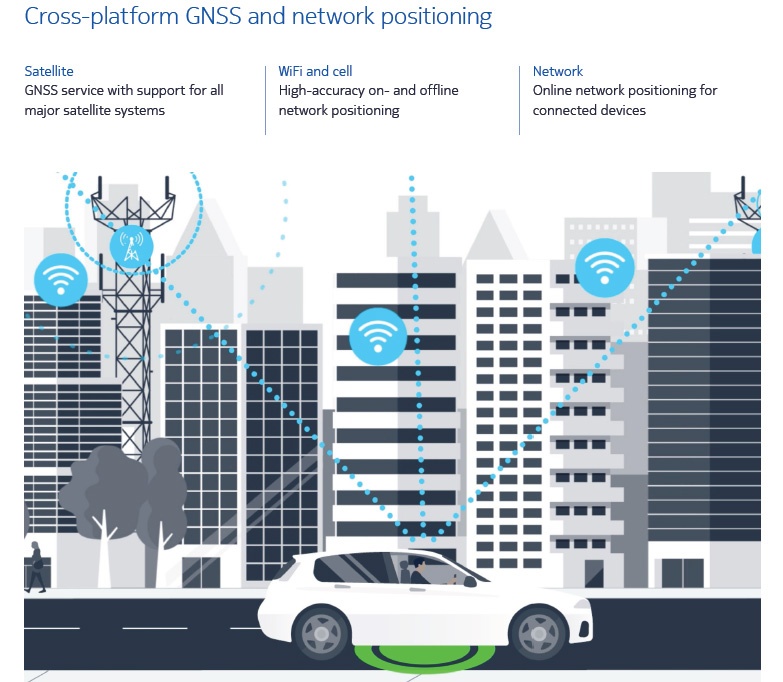 “Two major smartphone manufacturers are already shipping phones with HERE premium offline GNSS capability onboard. A third is expected to ship a device with HERE network positioning technology on both smartphone and tablet products very shortly.”

Both assisted data services and network positioning can work offline without a need for data connectivity. This allows power consumption to be reduced even further and also enables positioning to work with devices with limited connectivity, like wearables. Your watch might show you the way to the shop you’re looking for, for example.

This step also allows for a very significant barrier to be overcome – accurate indoor positioning. 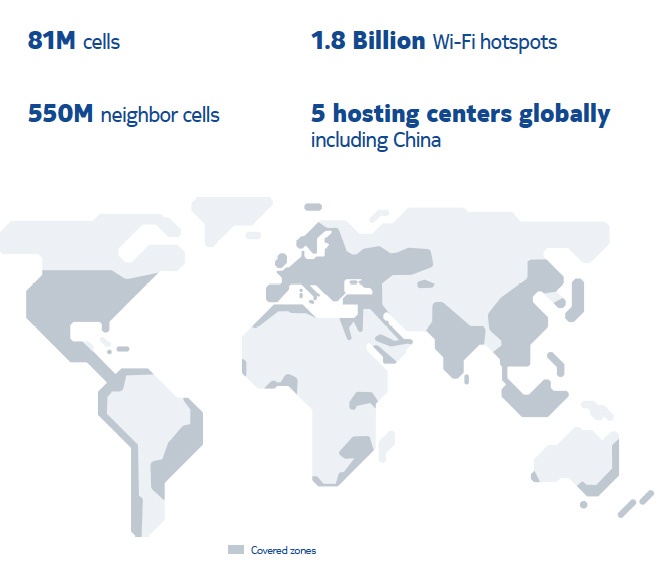 HERE is currently demonstrating its new 3D indoor positioning services to commercial customers. These services make use of HERE Venue Maps and HERE indoor positioning technology inside these venues – using indoor radio signals or by connecting to Bluetooth beacons.

Alongside this full – and growing – suite of technologies, working with HERE for positioning services has a significant advantage that comes from it being a map-maker as well as a positioning technology provider.

“There’s a strong synergy between our positioning technologies and HERE maps, enabling an entirely new range of services and possibilities,” Mikko concludes – using other services would leave such integration as an extra, somewhat tricky puzzle for developers and device manufacturers. “HERE can offer a one-stop shop for your location needs.”