HERE is The Official Map of the BMW BERLIN MARATHON

HERE is The Official Map of the BMW BERLIN MARATHON

On September 28, just over three weeks away, the BMW BERLIN MARATHON takes place for the 41st time. It’s a massive occasion, one of the largest running events in the world. 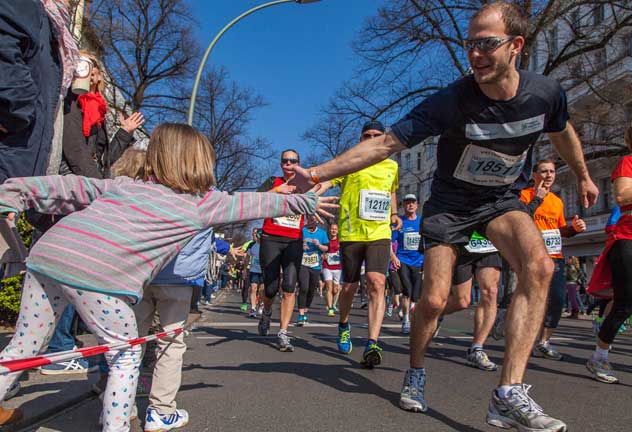 So HERE has worked with the organisers of the event, SCC (Sport Club Charlottenburg), to create the best maps ever for this year’s race.

Update: as Berlin is preparing for this year's marathon, the interactive map of the 2014 edition is not available anymore.

We’re The Official Map of the BMW BERLIN MARATHON. Actually, it’s more than one map: it’s many maps. Because we understand that every map user is different, they come in a wide variety of different forms.

The main online map is on the event’s website, created in a format that can be easily embedded in other news sites and blogs – the same way you can with a YouTube video, for example. It shows the route with distance markers, the start and finish area, the closed roads along with cultural, transit and other key details.

Options from the menu allow anyone to customise the map to match their own needs. For many people, following the race will be the focus. Others will want to find things to do before and after the race. Some people will want to get there by public transport, so they need to know the best routes. There are lots of combinations.

Paper maps are still an enormously popular medium for occasions like this, of course. And so the digital map is being used to create a variety of printable versions for newspapers and other outlets.

Television has different needs again, and so we have used our city maps to create video segments for TV stations showing an overview of the course in different formats and resolutions.

And lastly, of course, there are the official mobile apps – available in three different flavours to suit almost every taste – iPhone, Android and Windows Phone. All three feature HERE maps, powered by our mobile SDK in the case of the iPhone and Android varieties. 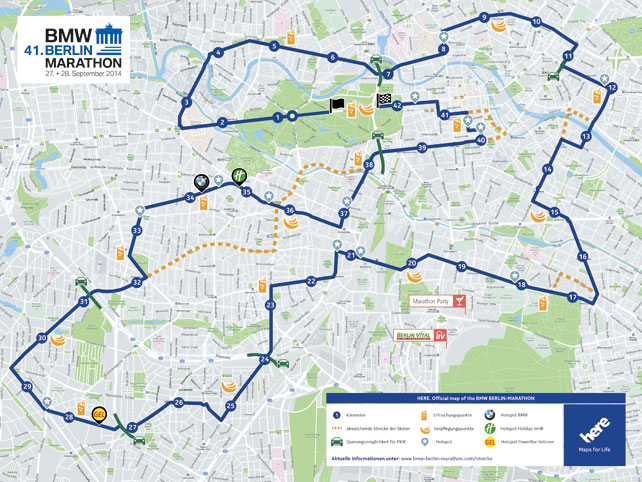 It’s a great honour for us to be able to be such a crucial part of the event. And we look forward to cheering on all the participants on the 28th.