At CES in Las Vegas, we’re demonstrating our latest launch for car and auto component manufacturers, the HD Live Map. But while the name may give some clues, what exactly is it, and how does it differ from previous map products from HERE?

Luckily, our man-in-the-know, Alex Mangan, product marketing manager for connected driving, was able to spare a few minutes from his duties in the HERE booth to share his knowledge.

“HD Live Map deviates significantly from previous mapping products,” he tells us. “What we have done so far is mapping apps for humans. HD Live Map is a map for machines.”

At present, those ‘machines’ are ADAS applications in connected cars. In the longer term, they will become the maps that autonomous cars will need to get safely to where you want to go. 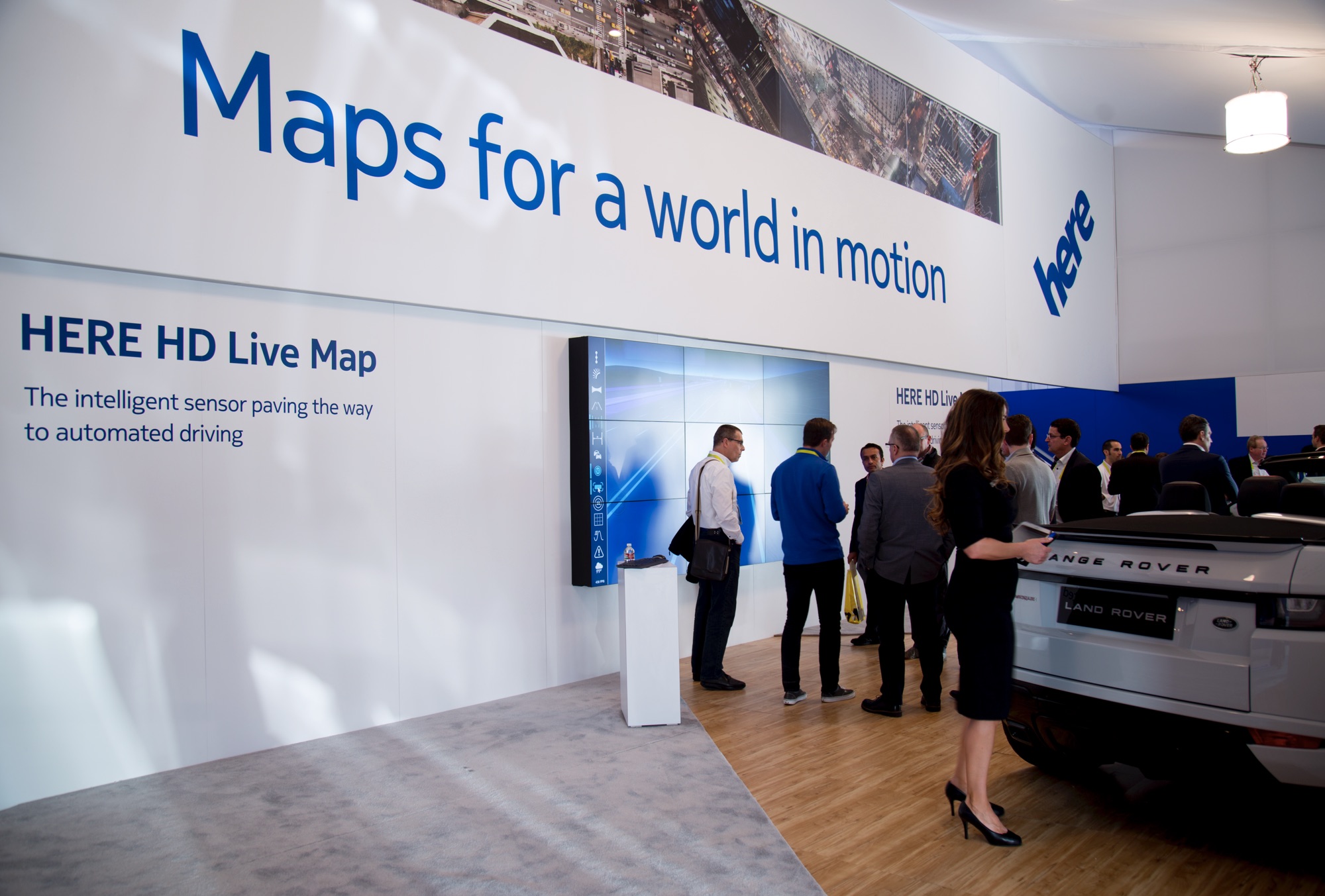 Alex explains that, unlike previous map products, your car doesn’t download a region or a whole country, but rather, the HD Live Map comes in the form of 2km x 2km tiles.

“Within those tiles, there are three layers,” says Alex.

“At the base, there is a mapping layer: the HD map. Then there is an activity layer, a dynamic layer which is about recording short-term changes to the road network. The third layer is an analytics layer, which describes how human beings drive any given stretch of road.” 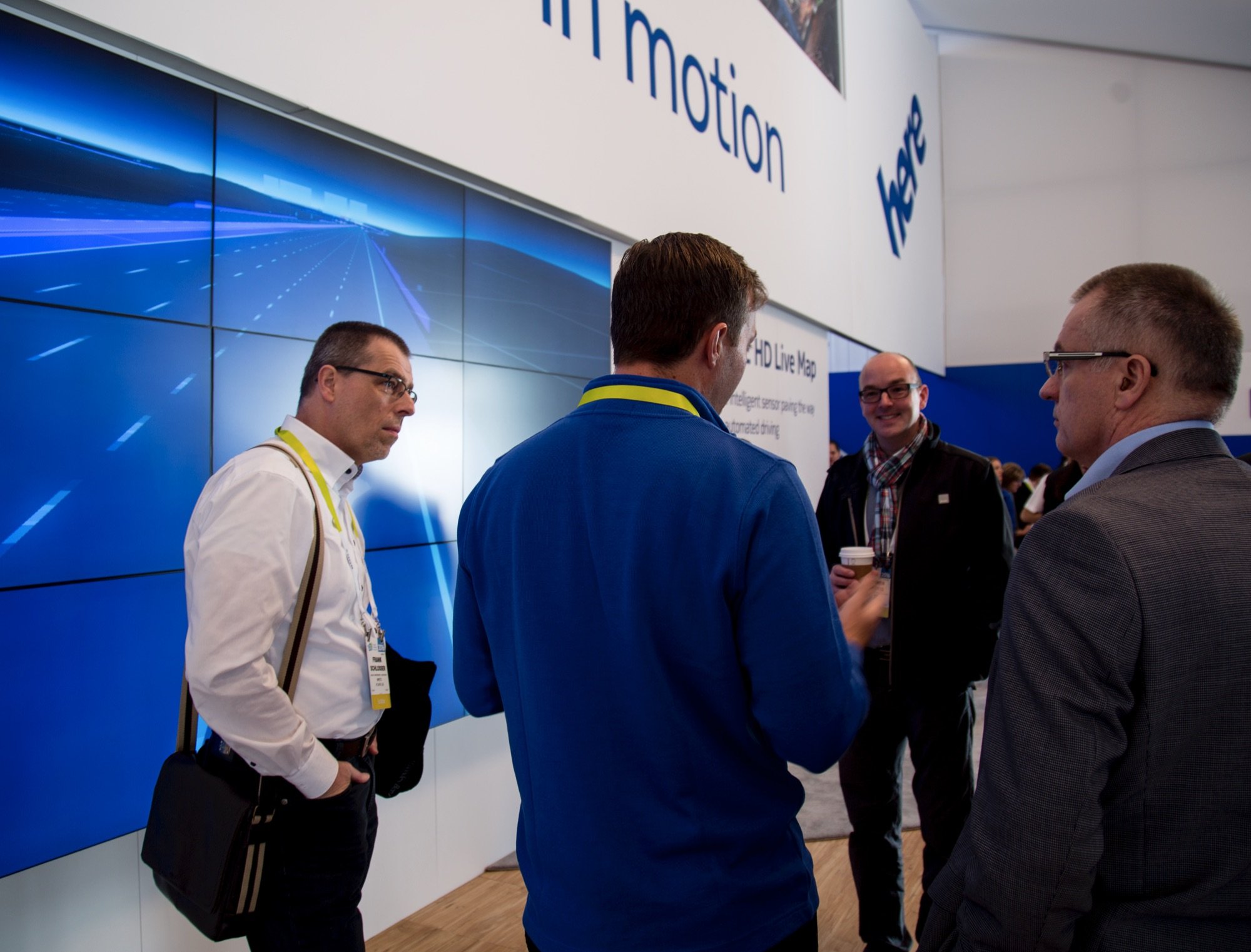 The mapping layer is quite different to previous maps. “It’s a map that goes from curb to curb,” Alex explains, with all the geographical attributes, lane markings and signage that might entail, down to centimetre accuracy.

It also contains landmarks that your car’s sensors might recognise: a guard rail at the side of the road, or directions signs, for example. This is one way connected cars are able to position themselves precisely: just like when we read a map, it locates landmarks and orientates itself from those: except your car might be using a laser rangefinder to do so.

“To perform a manoeuvre, an automated car would need considerable detail,” adds Alex. “Is there a lane there to move into? Is it legal to do so?”

The dynamic layer is the ‘live’ portion of the HD Live map. Information here can come from many sources: road network sensors, fleet data, information from government and municipal sources, and – most importantly – from the sensors of other cars on the road.

The dynamic layer picks up on changes to the road from what’s recorded on the HD mapping layer. These are mostly temporary: accidents, traffic jams or construction sites, for example. When these changes are detected, they are cross-checked with input from other vehicles on the road, and then used for “healing our map in real-time,” says Alex.

Last comes the analytics layer. “We want highly automated cars to drive the way you or I would expect them to drive,” says Alex. “Not like a robot.”

“Each month, we record around 80 billion road traffic probes, showing the lat/long of a vehicle, its speed and direction. We’re able to see exactly how different humans approach any given stretch of road, and form driving profiles as a result. What’s more, we’re able to see how those profiles change if it’s raining or snowing.”

Now you can see what that looks like in action.

If you want to see the HD Live Map demo in person, visit us at CES Central Plaza, Booth #CP-2.