What is GPS and how does it work?

What is GPS and how does it work?

Apps like HERE for Android are brilliant for finding your way around, but they couldn't work without GPS (Global Positioning System). What exactly is GPS though, and how does it actually work? 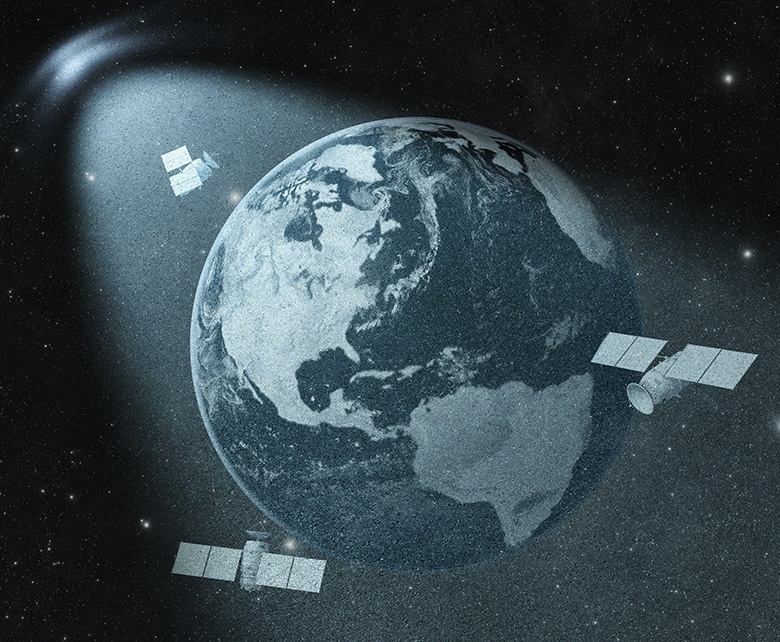 When you're using HERE to navigate, the app needs to know where you are before it can offer guidance. It does this using GPS, a technology based on a series of satellites orbiting the earth some 12,000 miles up. The satellites were placed into orbit by the U.S. Department of Defence, but despite originally being intended for the military, the US government made the technology available for civilian use during the 1980s.

There are 24 satellites (with an additional three orbiting on standby - just in case), although your phone’s GPS only needs to receive signals from a fraction of them at any one time, with three satellites enough for your smartphone to calculate a 2D position and track your movement. Four or more enables a 3D position, adding altitude to latitude and longitude, and allowing for more effective tracking.

What do the satellites actually do?

Your smartphone’s GPS receiver analyses high-frequency radio waves sent out from each satellite, with synchronised clocks in both the receiver and satellite recording the time that signals are transmitted, with the GPS chip timing exactly how long it takes to get from the satellite to your mobile phone – and it knows the speed of the signal, so with both those pieces of information, it can work out the distance from the satellite.

As long as your mobile device is receiving signal from three or more satellites, it’s possible to work out where you are, by calculating how far you are from each satellite.

Knowing your distance from one satellite only gives limited knowledge: you could trace a circle of places that are - say - 15000 miles away from a particular satellite. 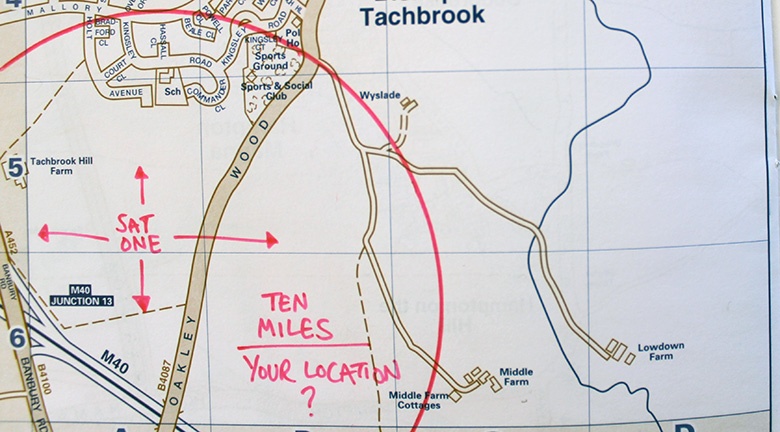 Knowing that you’re 15000 miles away from one and 12200 miles away from a second makes things a little more interesting. If you took pieces of string of corresponding lengths, stretching out from each satellite, there would only be two points on earth where the ends could meet.

It’s that third satellite that makes all the difference though: if you add a third piece of string to the puzzle, there’s only one point where all three will meet up – that’s your location. Add a fourth and things will be even more accurate, down to metres in fact, and that’s why GPS only needs a fraction of those 24 satellites. 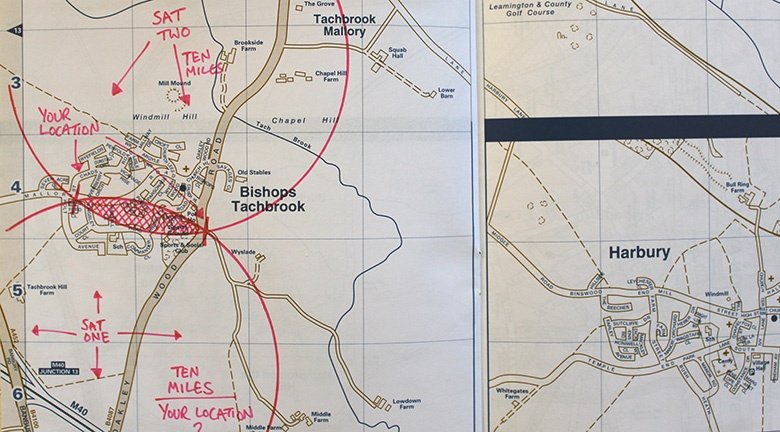 Only with GPS, your smartphone or car and the satellites are tethered by radio signals, and obviously not string. All sat-nav devices work this way, and it means that every location-based app you use also needs access to satellites. There’s no need for every developer to reinvent the wheel, though. They ask the onboard positioning API to work out all the space stuff and supply them with co-ordinates and maps.

With millions of people using sat-nav at any one time though, and just 24 satellites in orbit, how come things don’t slow down?

GPS signals are broadcast using an UHF (Ultra High Frequency) radio frequency similar to the signals that bring an image to your TV, music to radio stations and even the calls you make on your mobile phone. And although you’ve probably not noticed it, it doesn’t tend to make any difference if one person is watching a TV channel, or 10 million – the technology required to broadcast the signal remains the same. 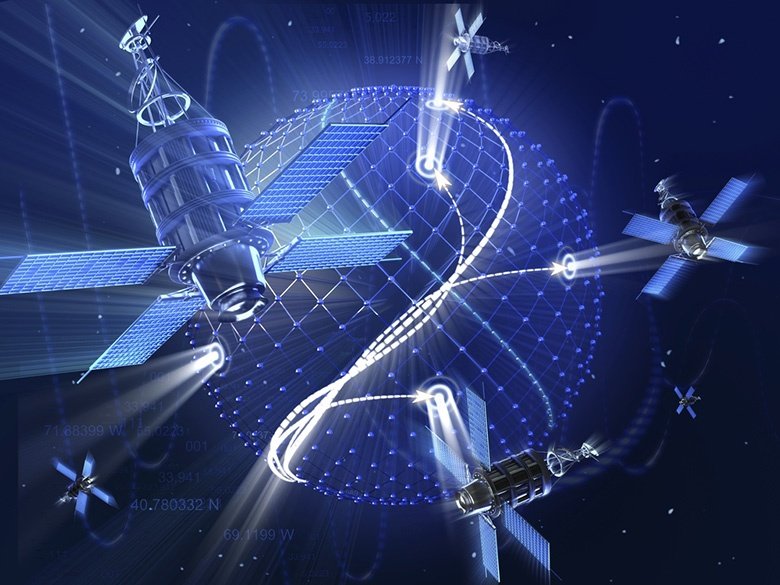 As with other UHF bands, GPS satellites transmit signals via line of sight, making it easy to track your position when you pass under clouds or materials like glass, but the signals can't pass through thicker materials like concrete, which is why your smartphone will struggle to position you indoors or occasionally in built-up areas.

What next for GPS?

GPS isn’t just useful for getting you to your destination, but with the advent of connected and autonomous cars we’re seeing more and more vehicles that need to know exactly where they are in order to function.

And even before fully autonomous cars become mainstream, we’re starting to see other ways that manufacturers can take advantage of GPS, like the HERE-powered Mercedes-Benz eCall system. With the ability to make emergency phone calls on your behalf in the event of an accident, using GPS to share your location, it could make the roads a whole lot safer.