What the future of urban commuting means to American consumers

What the future of urban commuting means to American consumers

In describing the future of urban commuting, Silicon Valley would likely paint a picture of abundant ride sharing and autonomous fleets zipping around systematically while carefree people work during their commutes. But ask the American consumer to describe the same future, and the vision is different.

To learn more about how middle America feels about urban commuting, my firm, Creative Strategies, conducted a study with nearly 1,000 people in the US between ages 18 - 65.

We discovered that people don't actually think much about their transports options, with nearly 60 percent of our survey respondents saying that, when planning a commuter trip, they use whatever means is most convenient. 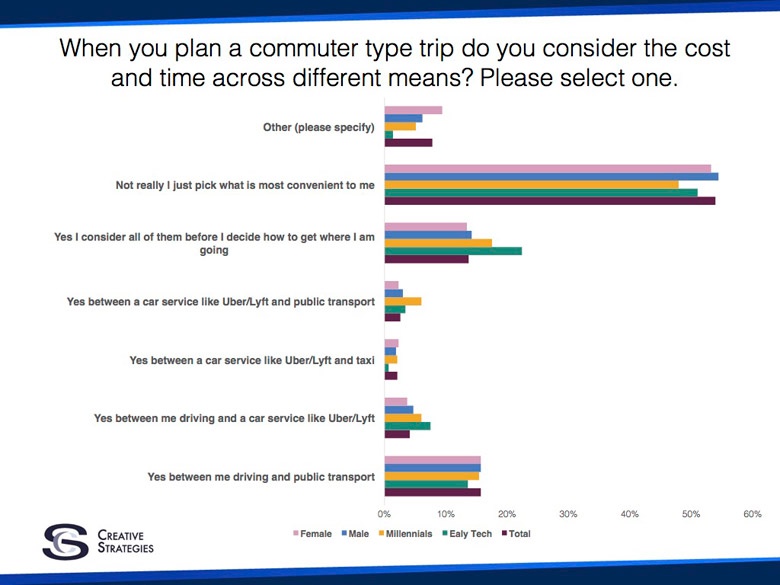 Eighty-two percent own cars, and 29 percent say they'd never get in a self-driving car, therefore personal vehicles are not going away any time soon. Think about the life milestones associated with driving -- getting a license and owning a first car. What about not driving will replace these rites of passage?

Those who would choose driverless options won't be working on their commutes. Instead, the majority say they'd use the time to read or catch up on interesting content.

These stats are a bit of a reality check for an industry that assumes everyone will enthusiastically embrace an autonomous future.

So how do we bridge this gap in perception? The industry needs to start thinking beyond just the technology. We've got a ways to go, but we're well on our way in this area.

The larger question is: How do we make it through the last mile to influence human behavior and transform longstanding habits? How can we ensure the public's willingness and trust? 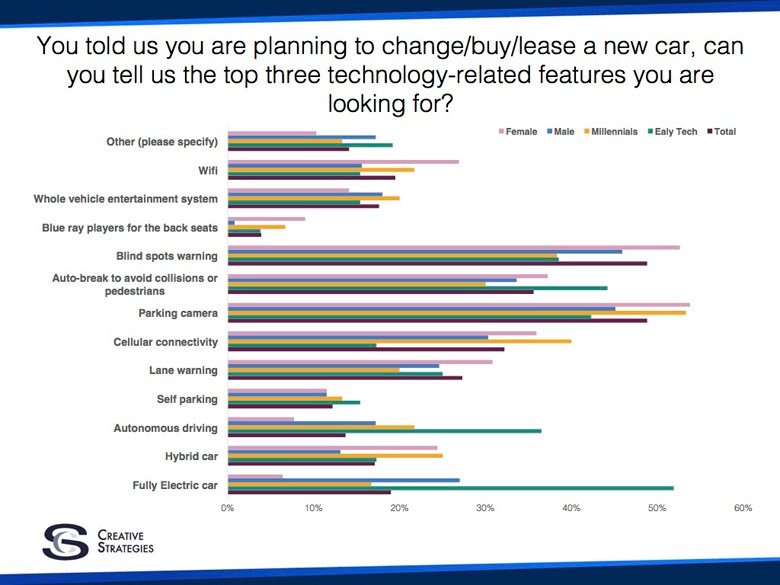 Tech providers, OEMs and companies like HERE will all have to help grow people confidence. Remind drivers they are already using autonomous features like blind-spot warnings and auto-brakes -- the top two technology-related features respondents look for when buying a new car, according to our study.

Show people what's already happening to create an open mind that is ready for what's next -- like in this Mercedes-Benz' promotion.

It's difficult to truly predict the future of urban commuting because there are so many factors. Yes, we need to advance capabilities (not to mention alter the infrastructure and legislate regulations and standards) but advances in technology will surely outpace human behavior.

When it comes to trust and intent, it's a challenge for all involved and people will certainly be influenced by how vocal companies are about their plans.