Decentralized Autonomous Art – art in the blockchain foreshadows our future

Decentralized Autonomous Art – art in the blockchain foreshadows our future

Now that blockchain is living and breathing around us, artists are using it to bring forward a new kind of decentralized organization to create self-sustaining art.

In the first part of my story about art and aesthetics of blockchain, we discussed the Decentralized Autonomous Organization (DAO): an entirely automated organization that works on its own, in accordance with a smart contract, and without human management at its core.

It will be important to be familiar with that concept as we move into the next subject, which is how artists are already using DAO systems in the blockchain to create truly unique works that point toward our potential future. As I mentioned, I believe it is the role of artists to bring extremes of life into focus. Those extremes are embodied by Plantoid and Terra0.

A blockchain-based mechanical life-form created by artist Primavera de Fillipi translates the concept of the DAO into a work of art that straddles the physical and digital worlds. Primavera’s Plantoids (think Androids) are mechanical works of art that resemble plants.

When real plants procreate, they often use pollinators like bees. Uniquely, Plantoids use humans to pollinate, with money as the pollen. Each Plantoid has an address on the blockchain, and the plant will do an entertaining mechanized dance when humans transfer money to each Plantoid’s account.

What’s most interesting is what happens behind the scenes – the procreation, if you will. Once a plant has earned enough money, a smart contract is executed, and the Plantoid initiates its reproductive cycle.

To do so, the plantoid’s backend invites artists and designers to submit proposals for the next generation of itself. Those proposals are voted on by the humans that contributed money in the past. Eventually an artist is contracted, and their services are paid for through a transfer of crypto-currency that was earned by the Plantoids performances. Lastly, a cut of future earnings from the new Plantoid will return to the artist.

Consider this from a Darwinian perspective. Each Plantoid has a charter to procreate, and each Plantoid artist is impelled to create good work that earns money. Work that gets the pollen (money) spreads, while work that doesn’t do well is removed from the chain of reproduction.

Even though Plantoids have no consciousness, nor consist of any advanced artificial intelligence, they represent a living organism that is able to procreate based on a charter and a basic set of transactional rules and contracts. It becomes salient that the Plantoid’s connection to an economic infrastructure via the blockchain established a new quality of autonomy even without advanced AI. 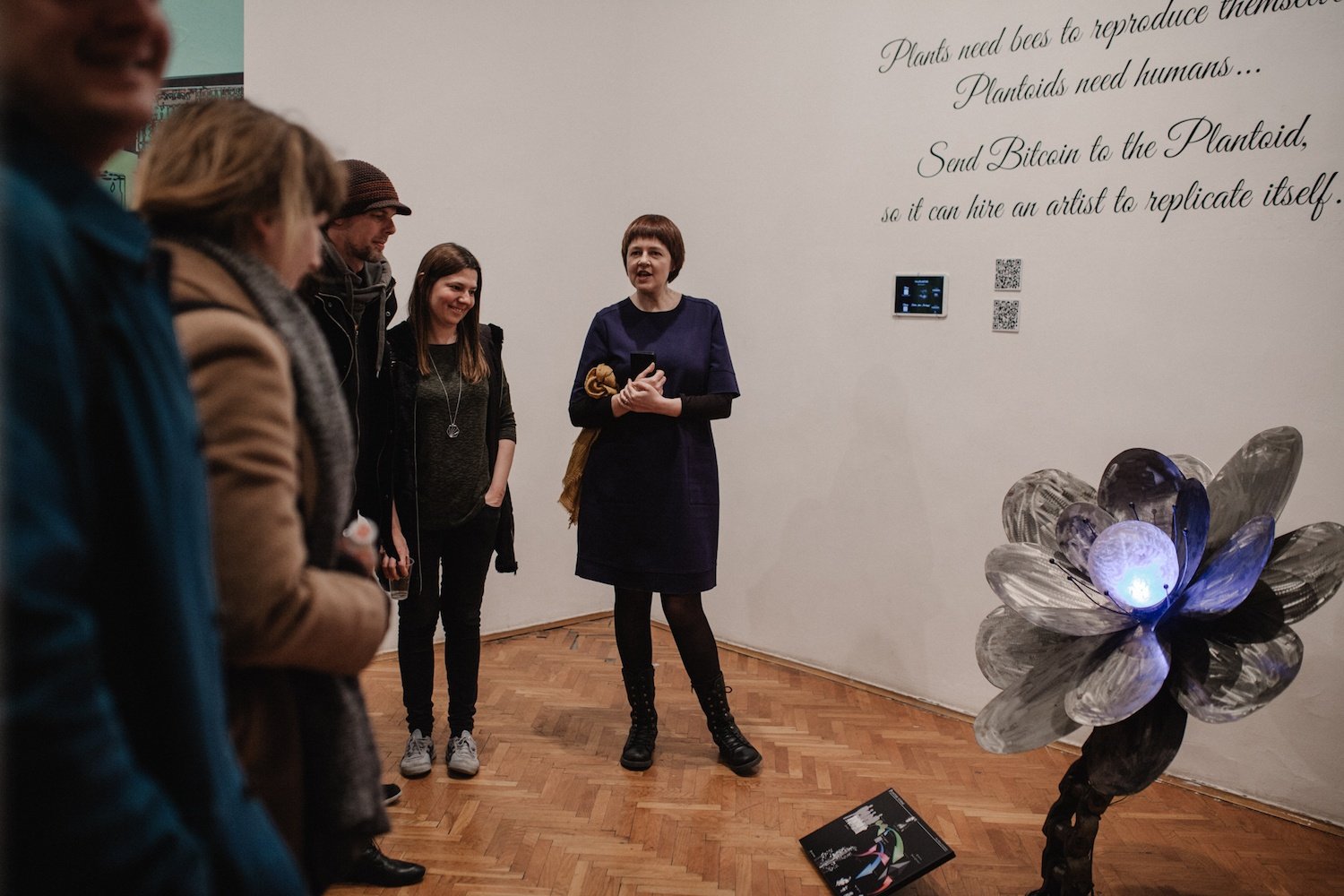 From artists Paul Seidler, Paul Kolling, and Max Hampshire of the Berlin University of the Arts, Terra0 explores what can happen when a DAO is applied to organic matter or ecological entities like a forest.

To do so, the group prototyped a DAO to manage the economical assets of a forest, so that the biosphere gains access to our financial system in the form of a cybernetic, self-managed entity that is entirely self-owned.

When the management of the forest is transferred from the project initiators (in this case, the artists) to a non-human actor (the forest’s new legal representation comprised of its charter and financial presence on the blockchain) the new cybernetic forest can start to exploit its own resources, regulated by the rules of its smart contract.

As a first step, the forest might self-evaluate by contracting human surveyors (or perhaps, drones and robots) to audit the land and the trees within the forest’s boundaries. Once that inventory is complete, the cyber-forest can intelligently sell logging licenses to gain profit from its resources. With that profit, the forest can then pay back the money owed to the project initiators, eventually owning itself, and using new funds to buy land and expand its boundaries.

This concept portrays an ecosystem that is able to manage itself autonomously without the need of a centralized power. Nor artificial intelligence is required; only a set of self-executing rules and contracts – which may be sufficient enough to allow entities like forests to gain financial and legal autonomy in our economy.

The result: ecosystems may fully belong to themselves, restraining exploitation with a sustainable charter, and benefiting themselves and the other ecosystems that depend on them. 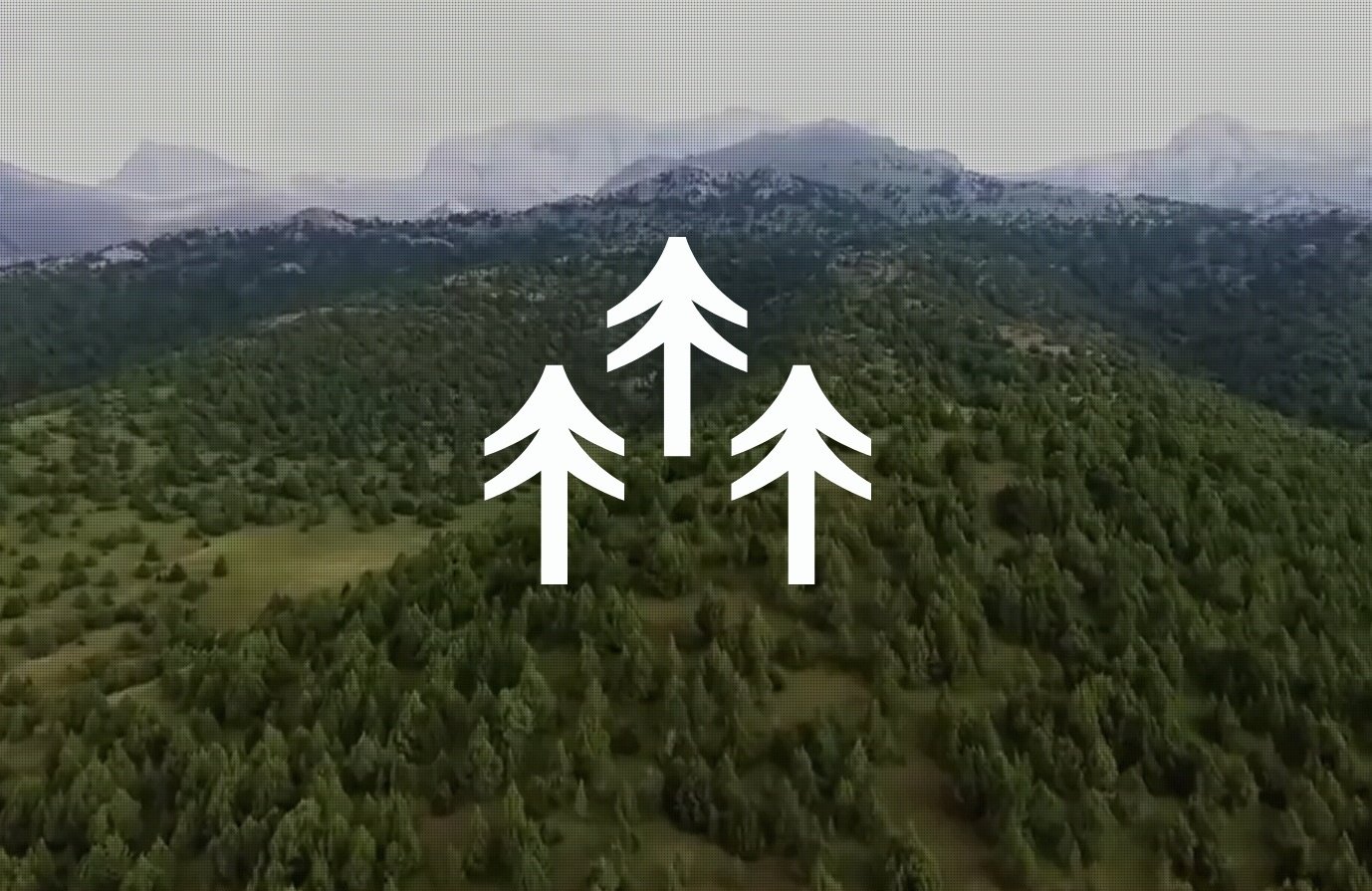 The Future of Decentralized Autonomous Organizations

Self-aware, self-governing, decentralized applications could allow the things around us like ecosystems, artwork, or cars to act in autonomous ways without the need for artificial intelligence or a governing body. Instead, their charters can define business logic for each – logic which can place profitability and sustainability on more equal footing than we might see in today’s economy.

The art projects we’ve covered embrace the concept of giving real-world objects a meaningful role in our economic domain. Additionally, they bring the idea of ownership into question. What precisely is ownership and identity in a world that can migrate the law of ownership into executable code, and vice versa?

Both the Plantoids and Terra0 provide insight into a DAO’s capabilities. They can earn their own money. They can adapt their financial strategies. They could even adapt their facility strategies – perhaps our cybernetic forest could make an investment to enable the local fire department to expand into territory at higher risk.

The interesting question is, will these entities require a profit-based core to guarantee growth and the survival of the system? Or worse, will they run amok and bring Skynet online?

I don’t think so. As wonderful as this autonomy is, it is derived from us (the humans) as the initiators of each system’s charter, and we will be in charge to define the evolutionary strategies these DAOs will rely on. It will be up to us to create these works of art, to nurture them to positive ends, and to pave the way into the future.