Crazy junctions from around the world

Crazy junctions from around the world

Look at different locations around the world, and there are some seemingly crazy and bizarre junctions, such as the unique Swindon 'Magic Roundabout' in the UK. At first glance, junctions like these are unfathomable, confusing and more than a little terrifying, but get to know them better and there's often reason behind the madness.

If you're not native to the UK, roundabouts can be confusing enough, with people queuing for traffic approaching from the right. Even if you're accustomed to navigating the traffic-calming islands though, Swindon's Magic Roundabout is something else entirely, with five mini-roundabouts arranged around a larger anti-clockwise central island.

Look at it from above, and it's absolute madness, an accident waiting to happen, with cars driving in different directions and attempting to get to different destinations. Voted the 4th scariest junction in Britain, it's actually a lot easier to get to grips with than you may imagine though, and all you need to do is follow the markings on the road. 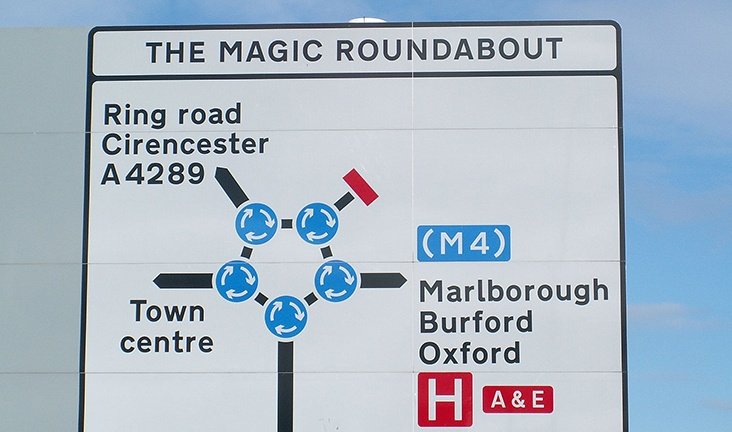 Each of the roads coming off the Magic Roundabout are clearly signposted, and with traffic on the outer ring traveling clockwise, as always just give way to the right when you approach each mini roundabout. Heading right on any of the mini-roundabouts will take you anti-clockwise around the inner island, but once again all you need to do is give way to traffic approaching the mini-roundabouts on your right, and exit when you reach the road you want. And if you're still in need of guidance, take HERE for Android along for the ride!

Compile a list of junctions where just a photograph can send you into a cold sweat, and France's Place Charles de Gaulle, located at the heart of Paris and surrounding the Arc de Triomphe, will make the list every time. Unlike Swindon's Magic Roundabout, the junction is closer to madness than organised chaos - there are no road markings on the central circle for starters, which is around seven lanes wide and generally crammed full of angry Parisians. 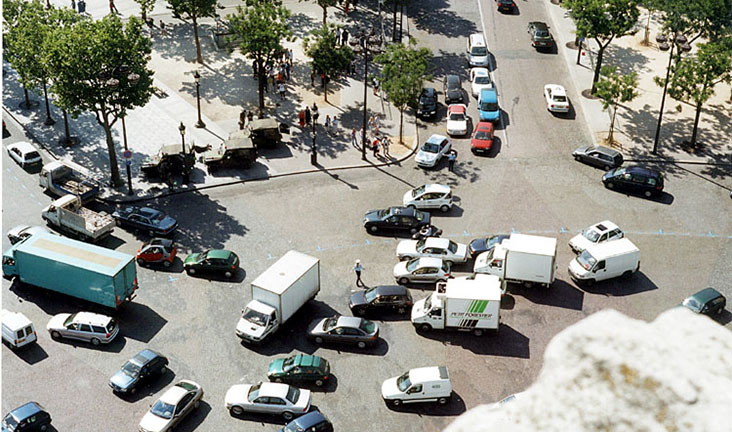 Throw in the fact it's the meeting point for twelve major avenues, including the Champs-Élysées, and the fact that traffic never stops moving (albeit in no particular order), and it's easy to see why most people will choose to use public transport when visiting the area.

Opened in 1972, Gravelly Hill Interchange, better known as Spaghetti Junction, is one of the most confusing bits of road when viewed from above, serving 18 routes and including two and a half miles of slip road. As with the Magic Roundabout though, things are a lot clearer when you're actually on one of the roads - you can only drive on one motorway at a time, after all! And unlike its Swindon counterpart, Gravelly Hill Interchange is actually a series of junctions, so you'll only have access to some of the roads. 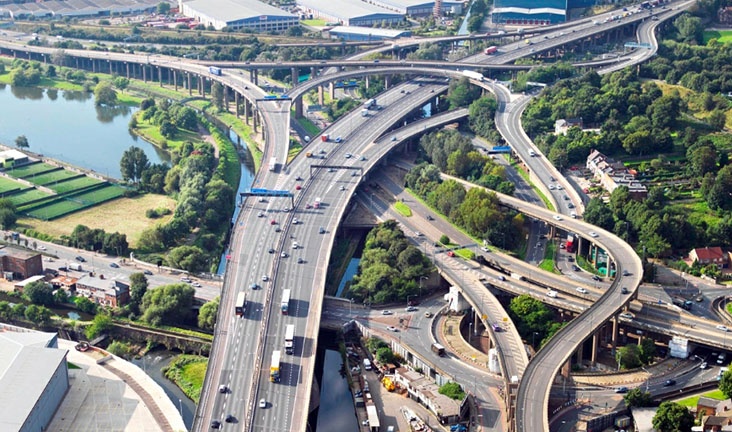 Although Spaghetti Junction looks scary, it actually proved a popular attraction when first opened, with the Environment Minister Peter Walker describing it as "the most exciting day in the history of the road system in this county", and the Express & Star newspaper dubbing it the "Magnificent Seven Miles". Motorists actually travelled to experience it, and according to the Express & Star coach trips were even offered.

Perhaps surprisingly, the junction is set over five different levels, and also includes two railway lines, three canals and a couple of rivers, highlighting just a few of the issues the designers had to deal with when creating the super junction. 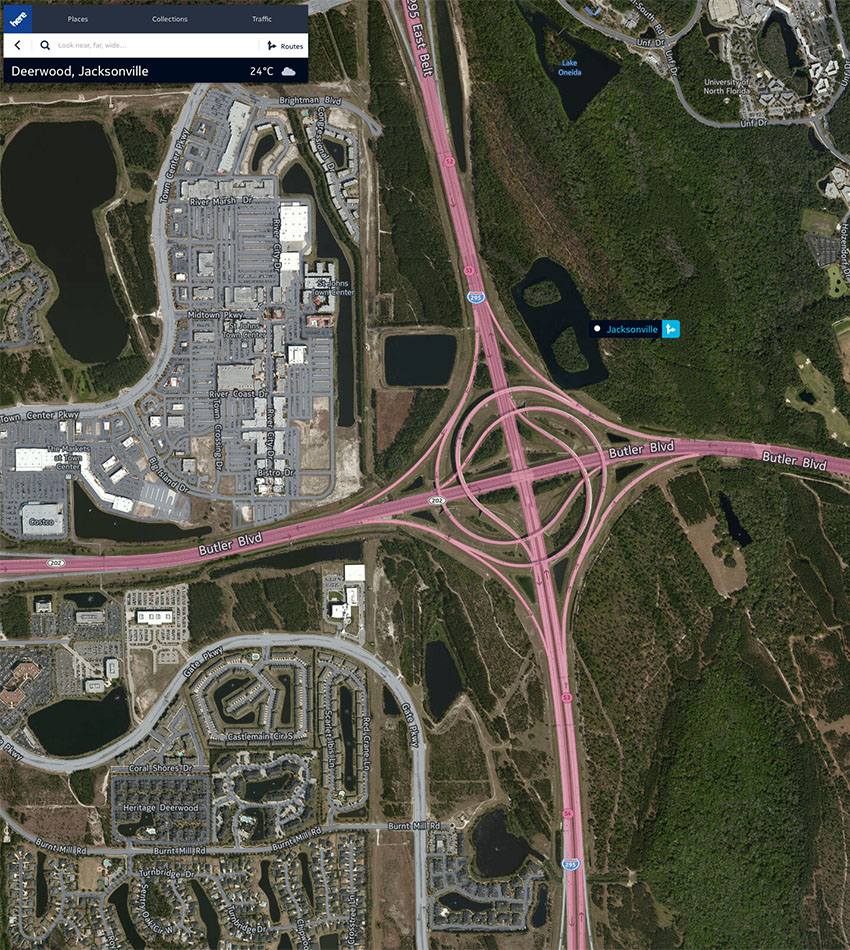 After the chaos of the other junctions here, the Nanpu Bridge Interchange in Shanghai almost looks sensible when viewed from above, with a circular road coming off the Nanpu bridge. Look at it from other angles and it’s sheer madness though, with the road circling round again and again and again, and promising to turn even the sturdiest stomach queasy. 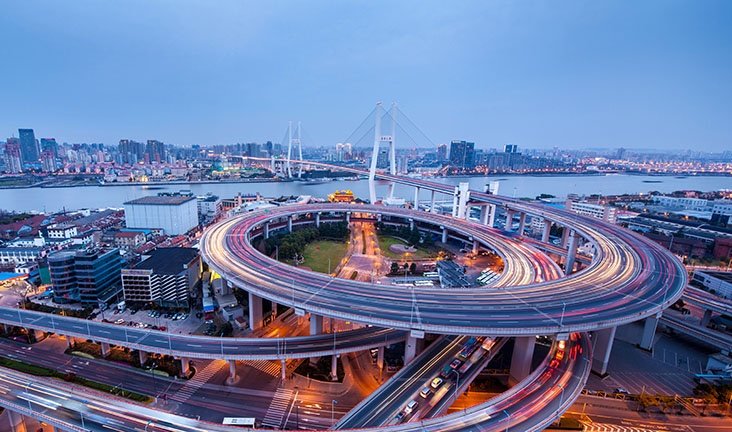 So why the ever-decreasing circles? With ships passing under the Nanpu bridge, the suspension bridge needs to maintain a particular height, with the circular design chosen to return the road to a normal height in the smallest amount of space possible. Throw in Shanghai’s infamous traffic, and it certainly promises to be an experience.

Springfield, Missouri contains an interchange that looks like nothing else we’ve seen, and although it’s not unique, it definitely looks like it’d take some getting used to. Known as a Diverging Diamond Interchange, the junction sees lanes cross over each other in a manner than wouldn’t look out of place on a children’s Scalextric set, but there’s actually method behind the madness. 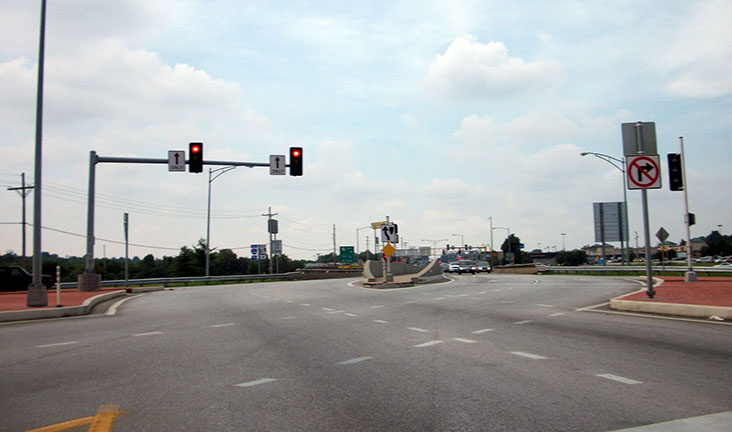 The diamond results in drivers briefly driving on the wrong side of the road when exiting the freeway, but although it sounds crazy the concept has actually been hailed as one of the best innovations in road design by Popular Science. With traffic lights to control when vehicles can move, the Diverging Diamond actually means that traffic doesn’t end up crossing in front of moving vehicles, helping to improve safety and efficiency.

Avenida 9 de Julio has the honour of being the world’s widest avenue, with drivers having to negotiate a road that’s 140 meters wide. With 14 lanes spanning the road – 7 traveling in each direction – and with four-lane roads joining on both sides it looks like absolute chaos. And in this case, it is, proving as far from the Diverging Diamond Interchange as it’s possible to get.

The name harks back to Argentina’s Independence Day – July 9th, and the extraordinary width is due to the fact it spans an entire city block. First mooted in 1888, protests about the road meant it didn’t make it to fruition until 1935, with work finally completed in the 1960s. We’re not sure if any pedestrian has successfully crossed it since that time…

Even among the junctions above though, the Ponte Flor de Lótus, located between mainland China and Macau, stands out from the crowd, not least because China and Macau drive on different sides of the road. The need to switch sides when crossing borders is by no means unique, but the way the ‘Lotus Bridge’ approaches matters is certainly innovative, with two three-lane highways that circle and cross each other. 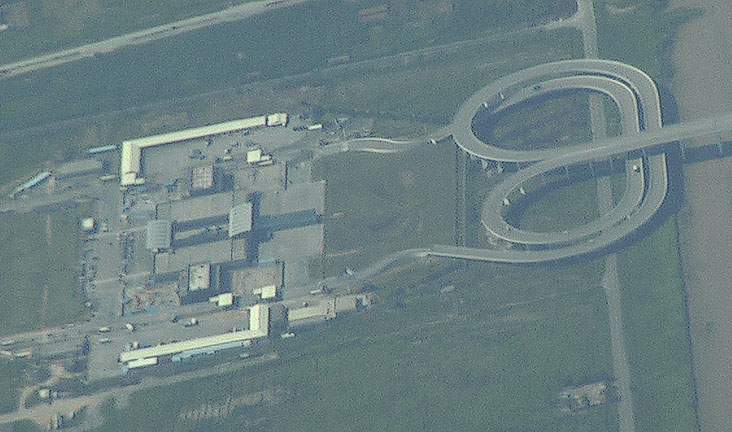 As a result, you’ll go from driving on the left in Macau, to suddenly being on the right after traversing the bridge, perhaps without even noticing! We can imagine it being a lot quicker and easier than a set of traffic lights and a junction to ensure cars cross from one side to the other, but we can also imagine the potential for chaos if drivers forget which side they should be traveling on.

What’s the toughest road layout you’ve had to navigate?