Before and after Lockdown 2: Europe's traffic congestion mapped

Before and after Lockdown 2: Europe's traffic congestion mapped

With countries around Europe going into second lockdowns, city traffic congestion in major capitals increased as people fled the city.

Four of Europe's major cities, Paris, Berlin, London, and Madrid, saw significant increases in traffic as many people took to the roads in advance of new COVID-19 restrictions.

Comparing live congestion map data from the beginning of July 2020 to the end of October 2020, we discovered significant increases in congestion versus pre-lockdown levels. During the first lockdown, traffic virtually disappeared, but ahead of a second one, there has been a noticeable rise in people traveling by road.

The maps (pictured) show traffic volumes on the first Tuesday of October at 8am local time, revealing peak-time traffic levels in each city and the highways surrounding them. The maps are a combination of real-time and historical data and are color-coded to show traffic volumes: red routes have heavy congestion, yellow moderate, and green is clear.

Parisian roads are always busy, but particularly in October when roads around the capital were more congested than normal.

Hours before a second lockdown came into force in Paris, France, the BBC reported “record levels" of traffic, particularly on the roads leaving the capital. According to French News, many Parisians were fleeing the city before the curfew came into place. Looking at the traffic data, in July 15.4% of Parisian highways reported congestion during rush hour, with this dropping to just 7.39% in August. However, from September and into October, traffic congestion peaked above pre-summer levels. By the end of October, a fifth of Parisian highways were congested. While other cities on this list recorded higher overall increases in congestion, it's worth remembering that Paris traffic is notoriously high on a daily basis, which is why it has shown a smaller increase than the others. 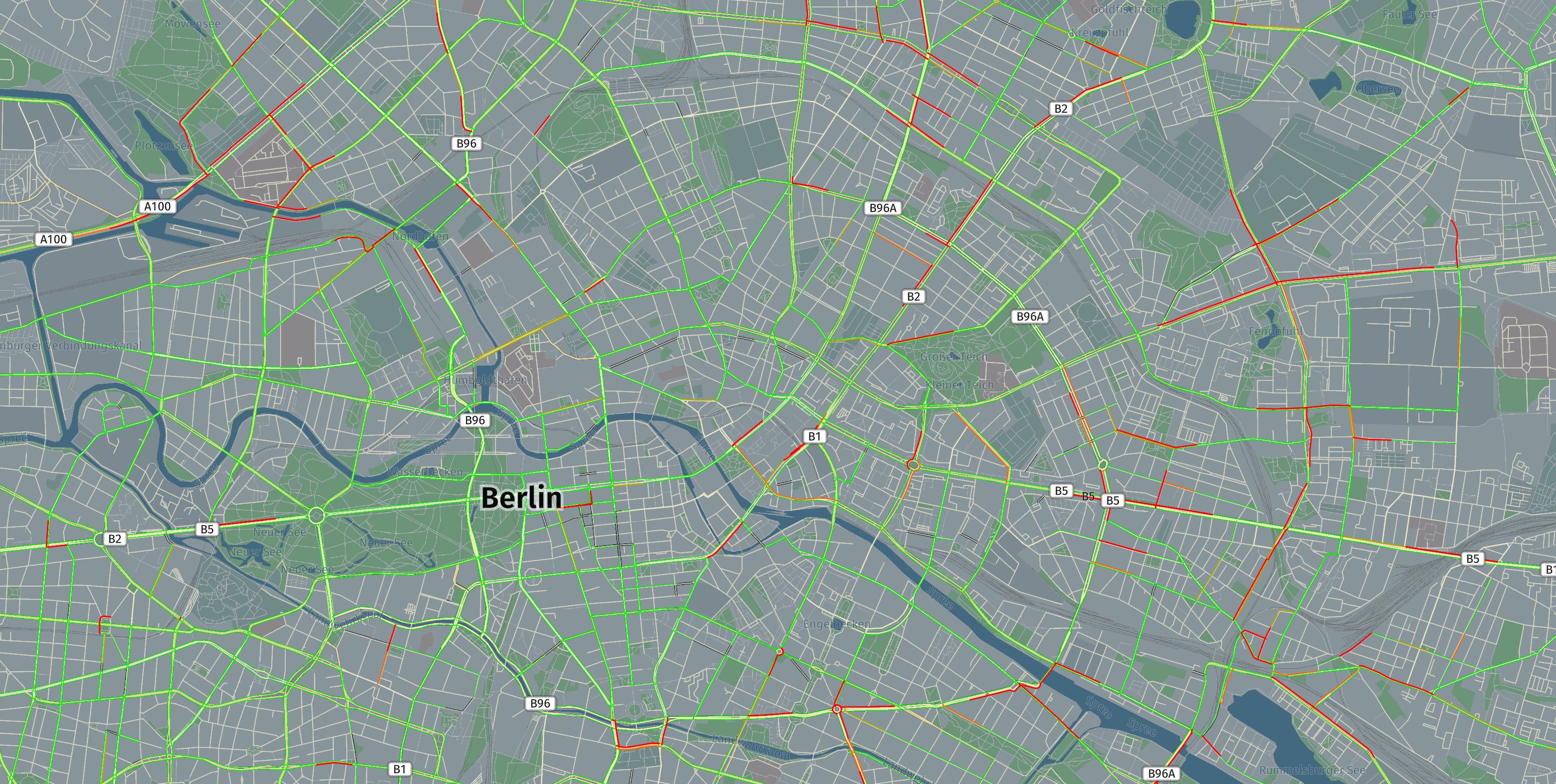 Congestion in Berlin has moved from the center to the outskirts during October.

Germany's second lockdown came into force on November 2nd, and while Berlin enjoyed low congestion levels throughout the summer, traffic started to pick up significantly during September and into October, when peak-time congestion on Berlin's highways hit 5.34%, a 240% increase. Interestingly, early data for November suggests that traffic has continued to increase significantly, with the figures for Berlin's arterial roads almost surpassing October's peak as Berliners presumably leave the capital during the second lockdown. 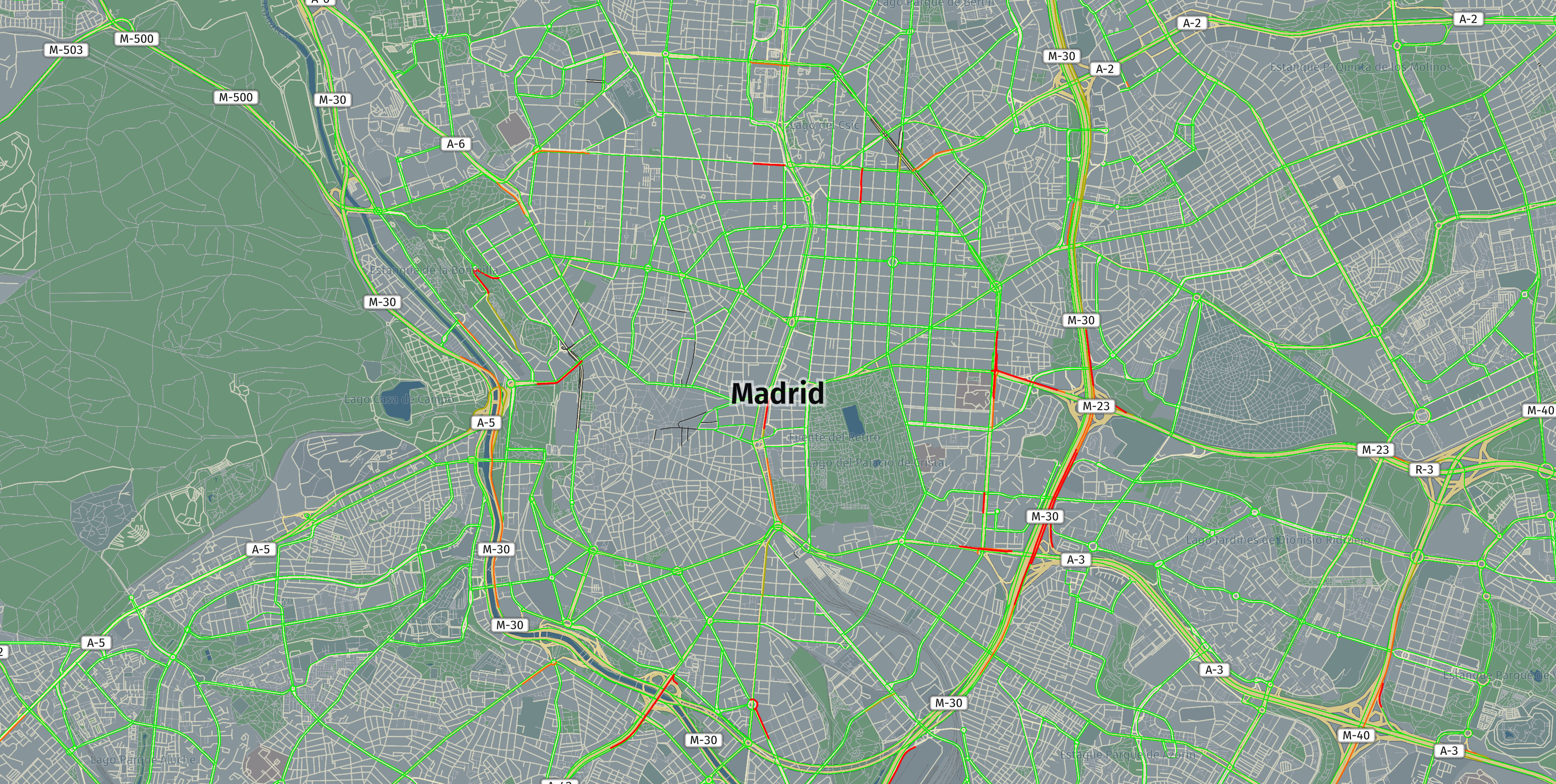 Major highways around Madrid have recorded a significant increase in traffic congestion in October.

At the beginning of October, Spain imposed a dramatic new lockdown on Madrid, banning all non-essential travel and effectively stopping people from leaving the city. Police set up traffic controls and stopped cars on major roads into and out of the city, reports Reuters. From July and into August, when traffic congestion was low on both Madrid's highways and arterial roads, it rose sharply throughout September and into October, with peak time highways experiencing 2.16% congestion. The data so far for November shows this trend continuing: this is the busiest month yet for congestion on Madrid's roads. 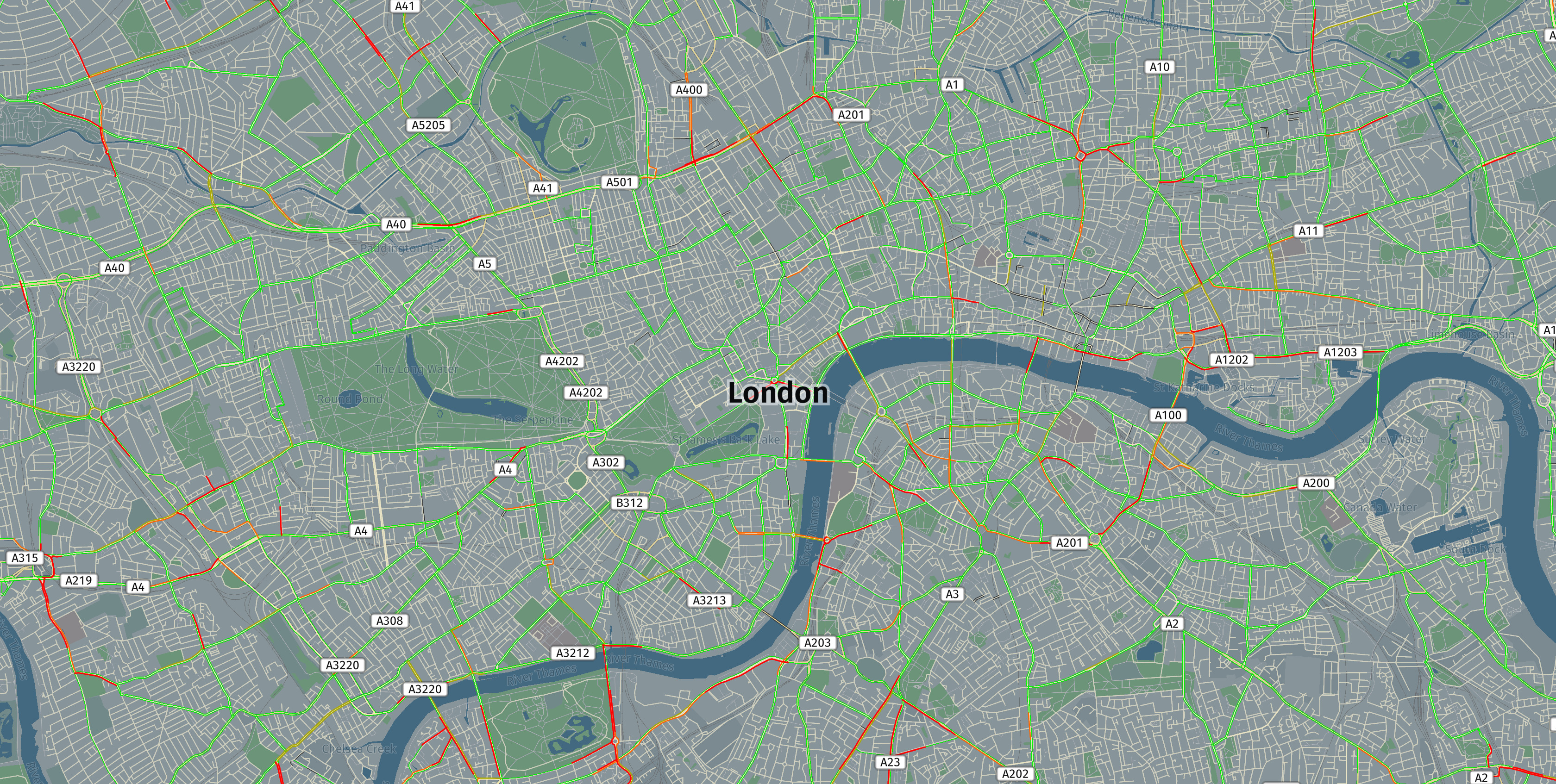 Main roads leaving London have witnessed a spike in traffic in October.

England went into a second lockdown on November 5th, with many non-essential businesses forced to close and people encouraged to work from home. According to the Watford Observer, traffic jams brought London's roads to a standstill, with one arterial road experiencing an eight-mile tailback as Londoners tried to leave the city before the lockdown started. Looking at the data, traffic in London and its surrounding roads has been climbing steadily from July to October, when 11% of the capital's arterial were congested. Like Madrid, November data so far shows this as the busiest month yet for traffic.

Data like this is an invaluable resource for city planners to help them plan and redesign infrastructure around the habits and patterns of people. At HERE, we've developed a number of tools that can help mitigate traffic and provide robust insights for planners to better plan road infrastructure and help to reduce pollution levels.