Can we wave goodbye to traffic with CarTube?

Can we wave goodbye to traffic with CarTube?

What’s your least favourite part of driving? Is it parallel parking, or navigating a particularly anarchic roundabout? While driving is full of little annoyances, there is one aspect that everyone can agree upon as a real irritant – traffic jams. While there has been talk that autonomous cars will ease traffic, one concept has gone a step further – with the dream of a traffic-free future.

CarTube, conceived by PLP architecture and dubbed ‘the future of urban mass transportation’, essentially does what it says on the tin – imagining an underground ‘tube’ network which funnels autonomous vehicles to their destinations.

The concept, clearly thought up by people who hate traffic even more than most, envisions a future in which the streets are clear of cars, with autonomous vehicles instead burrowing underground like a legion of wheeled ants.

How, though, would this work? The underground network itself would consist of tunnels spaced 1km apart, in a ‘loose grid which is connected at every joint’, and which ‘ensures that there are multiple ways through the system to and from any particular pair of destinations.’

With the network built underneath megacities like London and New York, the plan is wildly ambitious and, in a way, brilliant.

Electric, driverless vehicles would access the tube network through existing roads above ground, and then funnel drivers to their destinations (or most appropriate CarTube exit), using A.I. During this time the driver (well, now passenger), can read, knit, or do whatever they’d like to do, instead of being stuck in a traffic jam.

The cars will be placed six-feet-apart from one another to ensure efficiency, and with cars being directed from the roads and into tunnels below ground, pedestrians will be treated to a world in which cars are tucked away, leaving the roads free for cyclists, bikers and, presumably, any car yet to embrace this brave new world.

For those eager to hop aboard the CarTube, users can hail their car using an app (a la Uber), and then hop aboard at their chosen underground station. Once they vacate the car, it’s stored in a ‘car stack’ at whichever station it was left. 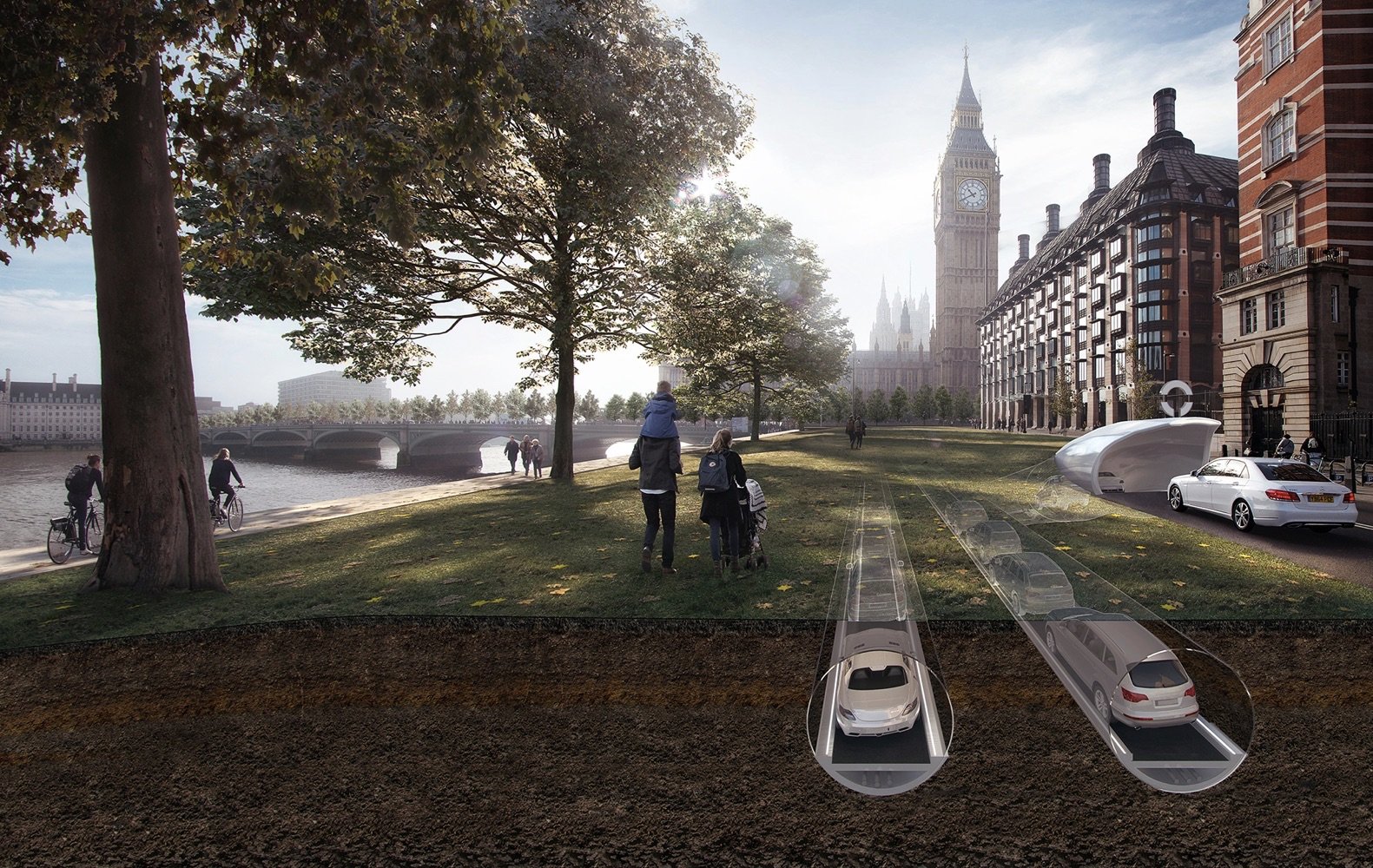 The concept is a blending together of different technologies and ideas that are currently disrupting the automotive industry – using connected cars, ride-hailing apps and automated transit ideas to deliver something truly unique, with the benefits claimed to be enormous.

Indeed, solving traffic congestion is just the start. By moving vehicles to an underground network, the enormous amount of space within cities that’s currently used for roads can be transformed into something different – parks, or more likely, flats. In-fact, the autonomous car’s ability to free up space has already been covered – with CarTube, this would be amplified.

The proposal also states that the CarTube would reduce urban travel time by a whopping 75%. That said, how realistic is it that such an ambitious plan will ever see the light of day?

Light at the end of the tunnel

The most pertinent question when discussing the CarTube is: how? Digging a huge tunnel network underneath, say, London, would be…problematic (if we’re being kind). With sewage networks, gas pipes and the actual London Underground network already taking up a fair bit of space and being relatively important, it’s difficult to understand where CarTube would fit.

This is before getting to the financial side of the equation, where estimates probably go from ‘wow, that’s expensive’, to ‘dear lord, that’s the price of a large island’. PLP, however, are confident that the costs (whatever they may be), could be reached with a mix of private investors and government funding. 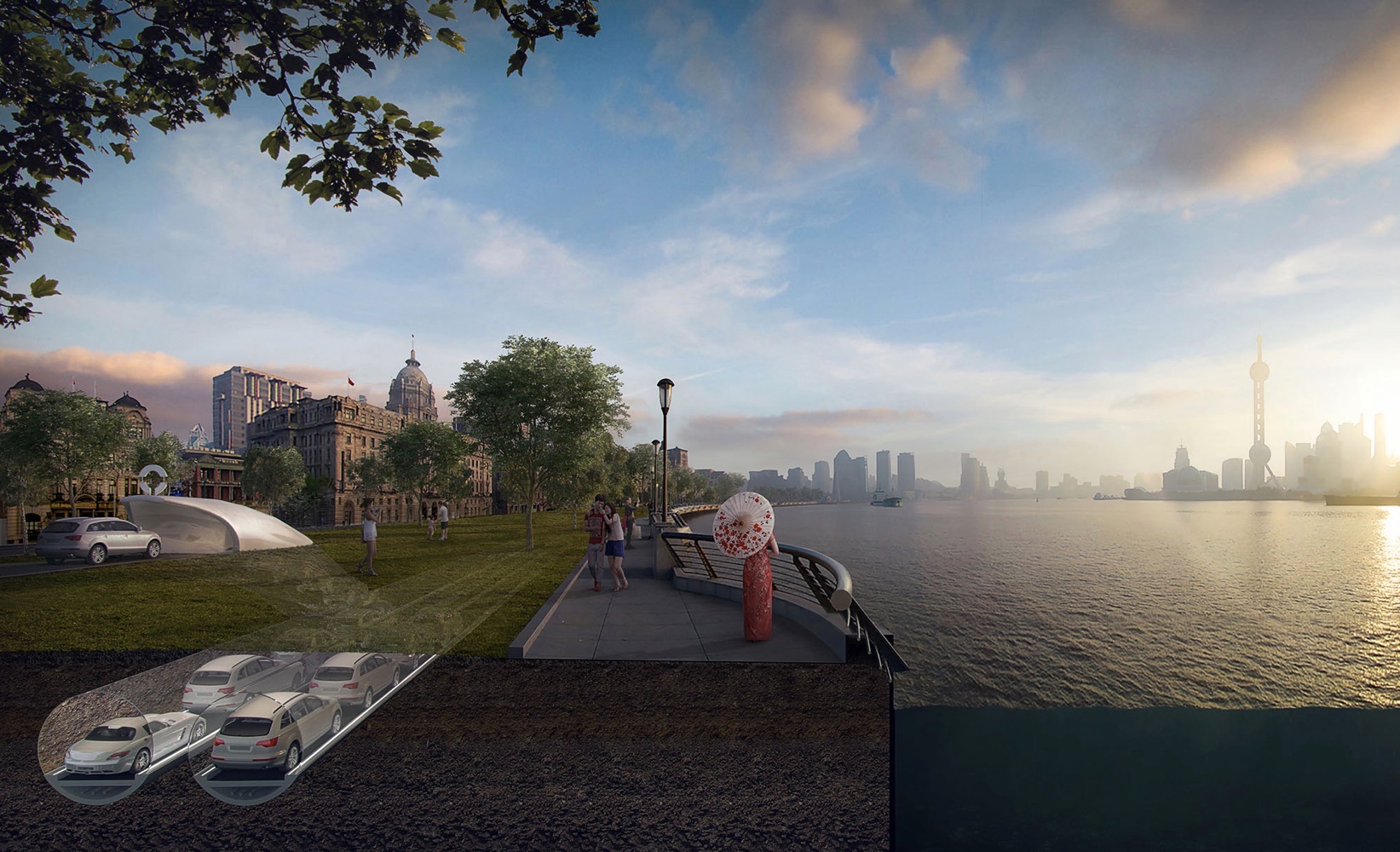 Perhaps it’ll all be worth it, however, for a concept described as the next best thing to teleportation (presumably those making the statement haven’t seen The Fly).

While it’s easy to scoff at such ambition, PLP has claimed that this is also an attempt to challenge people’s current approaches to traffic congestion and make people think outside the box.

In that sense, it seems churlish to mock such a (high) concept, especially as 20 years ago autonomous vehicles themselves still belonged in the realms of science fiction. While the CarTube may not be the answer right now, imagining a world without traffic congestion can’t be all bad.

What do you make of the CarTube concept? Let us know in the comments below.