Building trust in autonomous vehicles with the Smiling Car

Building trust in autonomous vehicles with the Smiling Car

What is the key to ensuring the worldwide acceptance of self-driving cars? Is it the data-driven services they use? Or the level of road information they have access to? While both of these are vital, trust from both drivers and pedestrians that autonomous vehicles are safe and can be relied upon is equally important.

If you are crossing the road, what do you do? Eight out of ten people seek eye contact with the driver to ensure that they’re safe to cross the street. With an autonomous car this is impossible. Well, until now.

Semcon, a Swedish company which works on both digital and physical product development, has created a concept of a self-driving car which interacts with pedestrians and drivers by smiling. We spoke with Karin Eklund, Head of User Experience at Semcon to find out more:

“The Smiling Car is a concept that we’ve been working on for some years now. When autonomous cars started becoming more sophisticated, we noticed that for the most part people were focusing on the interaction between the car and the driver.

“We then realised that this can’t be the only focus, and that the people in the environment around the car had to be taken into consideration.”

In order to create the concept of the Smiling Car, the Semcon team had to investigate the way pedestrians reacted to autonomous vehicles in traffic. Karin says, “We wanted to see how people would cross the road if the car letting them through was autonomous. How will the person know it’s safe? Do they know that the car has seen them?”

This test, which used a faux-autonomous car with rigged cameras to see how pedestrians would react, resulted in an amusing but informative video. People were completely unsure about the intentions of the autonomous vehicle, and trepidation and fear was the order of the day when crossing a road.

Indeed, non-autonomous vehicles have break lights, indicators, and the reactions of the driver to give cues and comfort to people around the car. Karin explains how they tried to mirror this with a driverless vehicle:

This lead to the development of the Smiling Car – a means of expression universal enough to work, wherever it’s used. The Smiling Car would let pedestrians know that it’s safe to cross by, you guessed it, smiling. How, though, would this work? 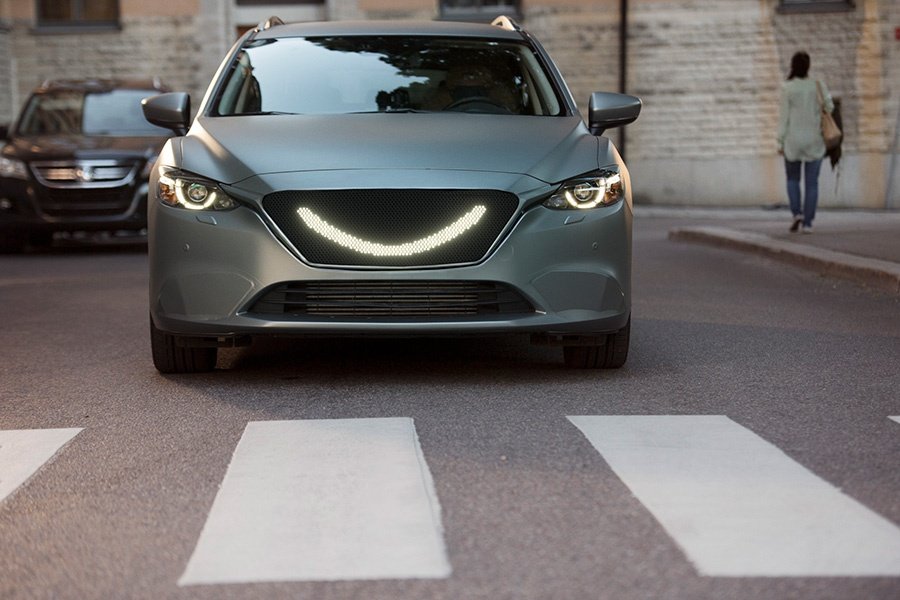 Karin explains: “The Smiling Car would work using radar, and through data collection points in the city. The latter is because the car not only has to interact with pedestrians, but also understand the road networks and other autonomous cars and drivers on the road.”

“With such a huge number of data points all around us, we’d have to look at how the vehicle could combine these in clever ways in order to make smart decisions. This is a challenge, but we’re working on it.”

“Another challenge is that, in order for this to work, there has to be a lot of interaction between different systems within the vehicle, and this technology is growing increasingly complex and communicating in new ways all the time. This can lead to complexities and poses a challenge for developers.”

The transition to self-driving cars will, of course, see a degree of debate. Karin stresses that when people aren’t used to a technology there is a lack of trust to begin with and that the people behind the technology have to work hard to gain the trust of the user. She adds:

“However, when this level of trust is achieved, and the technology is accepted, people can’t imagine their lives without it.” 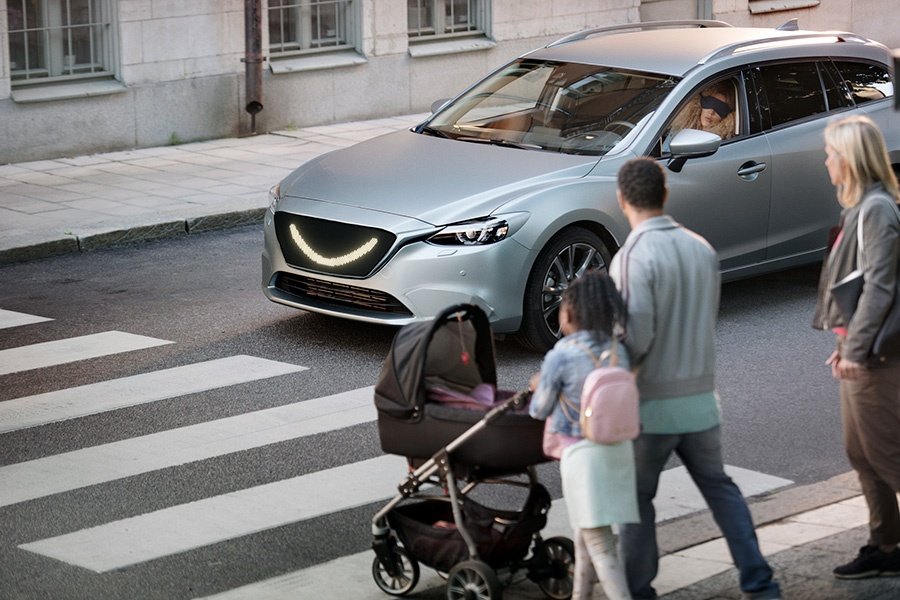 Indeed, Karin goes on to explain that by using human expressions, Semcon hopes to help drive this widespread adoption. She uses the example of self-propelled lawnmowers, which are often made to look less machine-like in order to gain trust.

She adds, “A level of familiarity inspires trust, which means you’re more likely to use it. You’re also less likely to leave it out in the rain!”

When asked on the wider implications of the Smiling Car, Karin concludes:

“It’s very easy for developers to focus on the tech and the people using it, while forgetting about bystanders who are also affected. What’s most important is finding a universal way for automotive cars to communicate, not only amongst themselves and the driver, but with everyone else, too.”

“A balancing act is required. Humans are just as important as the technology, and we should never forget that.”

What do you make of the Smiling Car? Let us know in the comments below.