Published 199 years ago, Mary Shelley's Frankenstein tells the story of an ambitious (and underprepared) scientist who creates a sentient 'monster', capable of emotion, empathy, and unfortunately, murder.

One of the most famous gothic novels ever written, Frankenstein remains in the cultural lexicon even if countless generations continue to mix up the name of the scientist with the monster, much to the chagrin of pretty much everyone who knows better. While the idea of artificial intelligence has changed somewhat over the past two centuries (chatbots are a bit less menacing than an eight-foot tall, musclebound creature), much can be learnt from Shelley's creation.

The monster is a victim of his creator's folly -- Victor Frankenstein abandons his creation, leaving it isolated and unprepared for human interaction. Current A.I. developers should heed this warning. Even if their poor preparation is unlikely to result in murder, developers have to understand how users will react to A.I. offerings. If they don't, they may just have a monster on their hands, as Microsoft found with Tay, the racist chatbot.

It would be very easy to write an entire article on homicidal A.I., so in the interest of fairness, this will be the final entry on this list which involves murder. It would be remiss of me, however, to neglect to include 2001's mad machine, Hal -- easily one of the most famous, and influential uses of A.I. in pop culture history.

Hal 9000 is the softly-spoken sentient computer which controls the spacecraft in Arthur C. Clarke's Space Odyssey novels, and perhaps more famously, the trippy Stanley Kubrick adaptation of 2001. Hal is a valued member of the team, communicating with shipmates, playing chess (and winning comfortably), and generally being pretty dependable. In-fact, if it weren't for the film's final third, Hal 9000 would be really handy to have around. 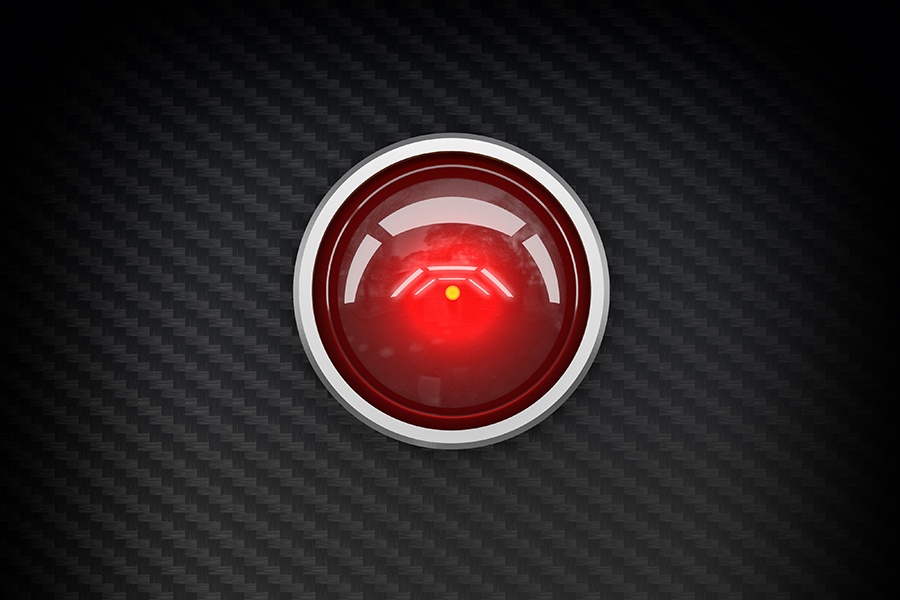 It's tough to ignore the insanity, however. As Hal gradually begins to malfunction, the crew tentatively discuss shutting it down. It turns out that hell hath no fury like an A.I. scorned, and the murdering starts. Hal is closer to current concepts of A.I. than Frankenstein's monster (he isn’t tapered together from body parts, for one), though it would be a surprise to see a Hal-esque red light appear on a smart, chatty fridge.

A list about A.I. in pop culture wouldn't be complete without Spielberg's aptly named, divisive epic. The story of David, a robotic boy who is programmed to love and is adopted, then abandoned, by his family, is long, strange, maddening and frequently beautiful. It also gave us Jude Law's Gigolo Joe, another A.I. whose purpose is a little less high concept.

David's initial purpose is to provide comfort to a family whose son is in suspended animation, with the fear that he may never return. The use of A.I. as a means to help with the grieving process is fertile ground in pop culture, with a Black Mirror episode touching upon the same theme, as a bereaved woman reassembles her deceased husband through his social media feeds.

In neither Black Mirror, or A.I., however, does this go well, with characters finding the uncanny valley too difficult to navigate. In David's case, this results in abandonment and a journey to find meaning in his own existence. I'll avoid the rabbit hole that is A.I. existentialism, and instead look to how developers are ignoring these pop culture warnings.

Indeed, it was just last year that scientists were discussing how A.I. could be used to communicate with your dead Grandma, ignoring humanity's capacity for grief and instead offering the ability to scan somebody's brain to build a 'mental duplicate' of a loved one. If your initial impulse wasn't to recoil in horror then congratulations, you're stronger than me.

The question most regularly asked after Her's release is how likely it is that this scenario could happen. One would imagine this wouldn't have been the case had Gilbert Gottfried voiced Samantha.

The answer, however, is quite likely. It should come as no surprise that humans could fall in love with A.I. (a man has already committed himself to a VW Beetle, after all), and researchers in Singapore are busy developing something called 'lovotics' -- an attempt to engineer love between human and machines.

With this in mind, a monster sewn together from different body parts suddenly seems a lot less creepy.

What are your favourite instances of A.I. in pop culture? Let us know in the comments below.